UPDATE: The Last Call Points Cut-Off and Invitational dates have been updated below. 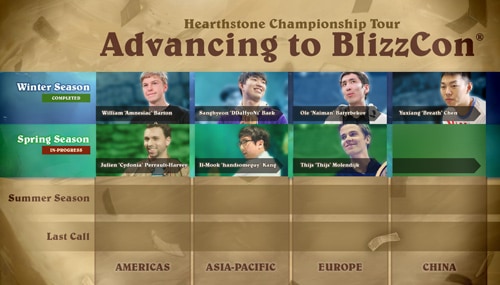 If you’re interested in participating or keeping track of all of the Hearthstone Championship Tour events, here are the key dates for the rest of the year.