In an update that is scheduled to arrive October 18 PDT, the following cards will be changed. 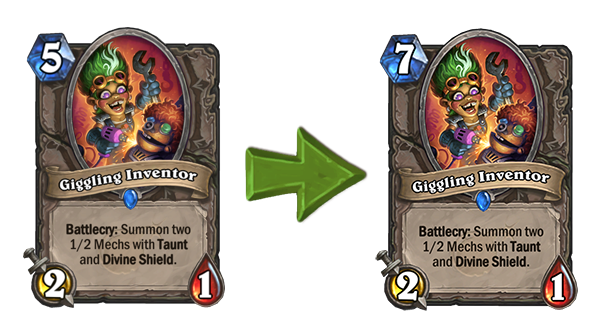 Giggling Inventor is one of the most powerful and popular cards we’ve ever created. There’s virtually no downside to including it in a deck, and because it’s neutral, it’s played in almost every deck. We think it’s important to take risks when making powerful cards, especially when it comes to neutral taunts, given the role they can play in encouraging minion interactions and making games more interesting. However, Giggling Inventor has stepped beyond its intended role, and we don’t feel that it should be as effective as it currently is.

We initially tested this card at (6) mana in both the current Standard format as well as with cards that will be released in the future. Ultimately, we felt that its power level was still higher than is appropriate for a Neutral card with no build-around requirements. At (7) mana, we expect Giggling Inventor will find its way into fewer decks in general—and be much less effective in Quest Rogue—while it might remain situationally playable within specific deck archetypes, such as Evolve Shaman. 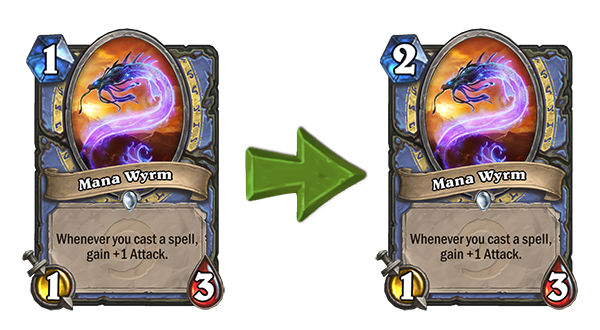 Over time, we’ve been moving away from powerful, early-game 1-drops like Mana Wyrm. It can often feel like the outcome of a game is decided by whether Mana Wyrm was played on turn one, and if it could be removed quickly by an opponent. Mana Wyrm has also steered us away from making powerful low-cost Mage spells. We’d like Mana Wyrm to remain an option for decks it synergizes with, while preventing it from being a huge turn one threat. 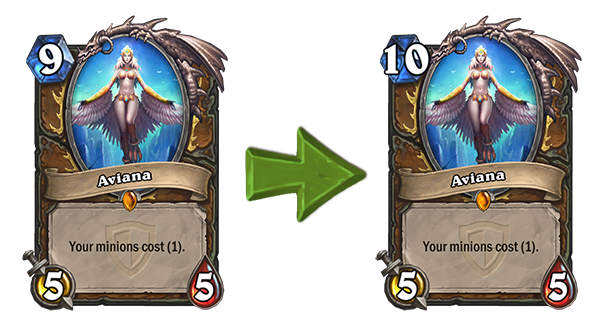