Deep under Blackrock Mountain, near smoldering rivers of slowly flowing lava, lies the cavernous sprawl of Blackrock Depths. Home to the fire-resistant Dark Iron Dwarves and their host of stone-hewn golems and blazing elementals, these hearty folk have carved out an empire for themselves from the mountain itself, ultimately aiming to claim all of Blackrock for themselves. 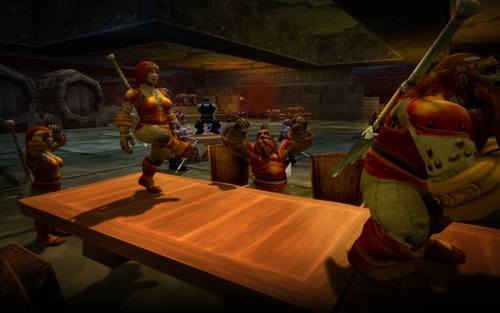 Whether they’re tending to the piping hot forges or enjoying a good old-fashioned tavern brawl at the Grim Guzzler, the denizens of Blackrock Depths are a force to be reckoned with. Tempered in the heat of the mountain, the Dark Iron Dwarves will stop at nothing to destroy those who control the upper reaches of the mountains, namely those accursed dragons!

Hot Enough For Ya?

Strong, stubborn, and stalwart, the heat of Blackrock Depths has forged the Dark Iron Dwarves into singe-proof juggernauts. Able to take an immense amount of punishment, many of the minions that inhabit Blackrock Depths can both dish out their fair share of pain, or turn inflicted damage into impressive beneficial effects. 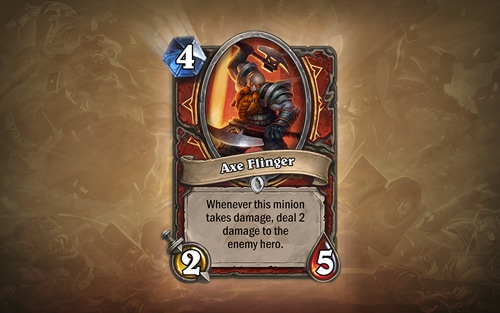 Since a high heat (and alcohol) tolerance is a sign of strength in Dark Iron Dwarf society, you can rest assured that their tavern brawls within Blackrock Depths’s Grim Guzzler tavern are an impressive sight to see. If you decide to throw the first punch, prepare yourself as a few grim patrons (and all of their friends) join in on the action! 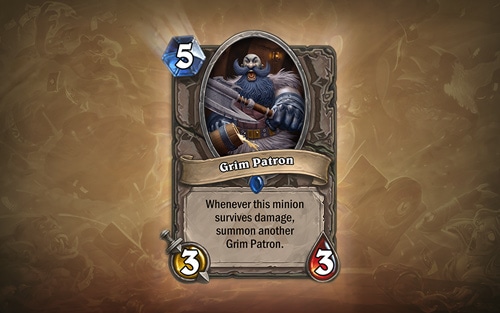 If you manage to take the heat and survive a few drinks at the Grim Guzzler, make sure you stroll steadily along the stone paths that connect the city. Those paths are all that separate you from a dip in a molten volcanic river! Shamans can harness the essence of lava in order to melt away their Overload problems. How refreshing! 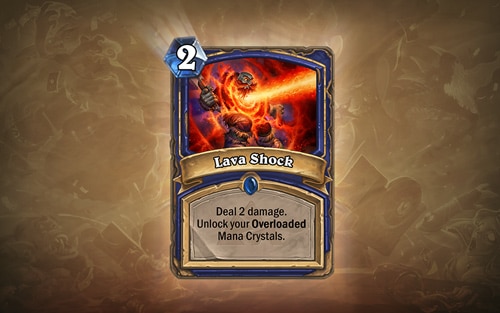 Get out of the frying pan and into the fires of Blackrock Depths with Blackrock Mountain: A Hearthstone Adventure, coming soon!