The Hearthstone Championship Tour's Winter Season is kicking off with the European Winter Preliminaries taking place this weekend, February 13-14. The winners of the recent European Tavern Hero Tournaments will return to the locations of their victories, where they’ll be joined by some of the top competitors in Europe. They’ll then compete for one of eight slots in the 2016 European Hearthstone Winter Championship and a share of its $100,000 USD prize pool! 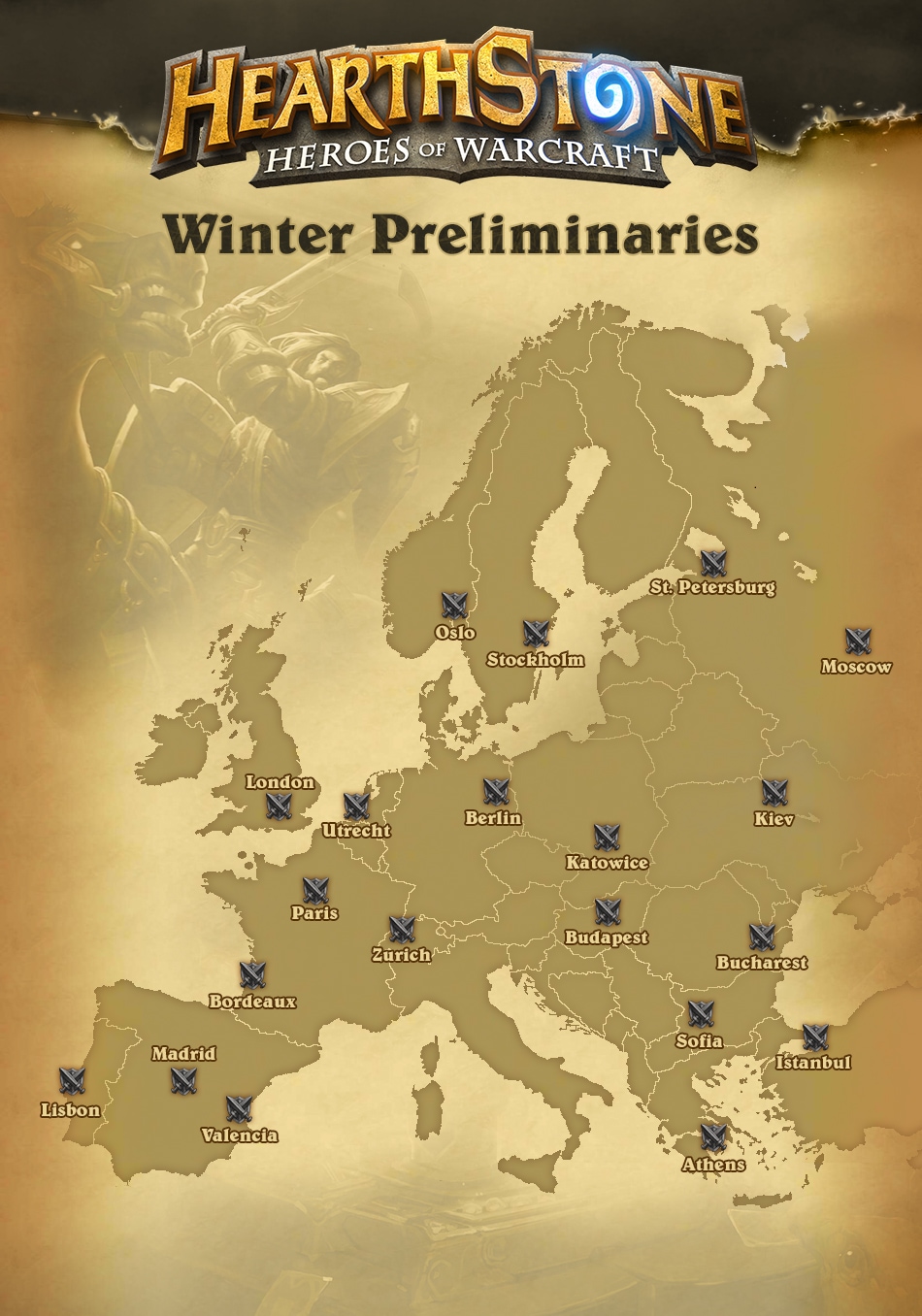 The 2016 European Winter Preliminaries will be live-streamed on the official Hearthstone Twitch channel on Saturday and Sunday, February 13 and 14, starting at 5:00 AM PST on both days.

All 20 winners of the Tavern Hero Tournaments, along with the  top 128 ranked European players*, will battle it out in select locations across Europe. Check out the list of venues below, as well as the Tavern Hero winner for each location.

For more information on the top 128 ranked players*, check out the European Standings page.

*Players who qualify for the Winter Preliminaries will receive details confirming their spot at the email address attached to their Battle.net account. All players tied in points with the 128th slot in the rankings as of February 5, 2016 will also qualify.