Whispers of the Old Gods – Now Available in Europe!

The Old Gods have risen from their slumber to spread dismay throughout the tavern! They’re also bringing thrills, chills, and 134 squirmy new cards to delightfully corrupt your collection. Will you heed the call and obey the insidious Whispers of the Old Gods in the most spine-tingling Hearthstone expansion yet?

A Taste of Corruption

When the Old Gods whisper in your ear, you won’t be able to resist the temptation . . . to celebrate! While cultists perform their summoning rituals and herald the arrival of the ancient ones, you’ll be summoning a swarm of new minions and meddling with forbidden magic never before seen in the tavern. 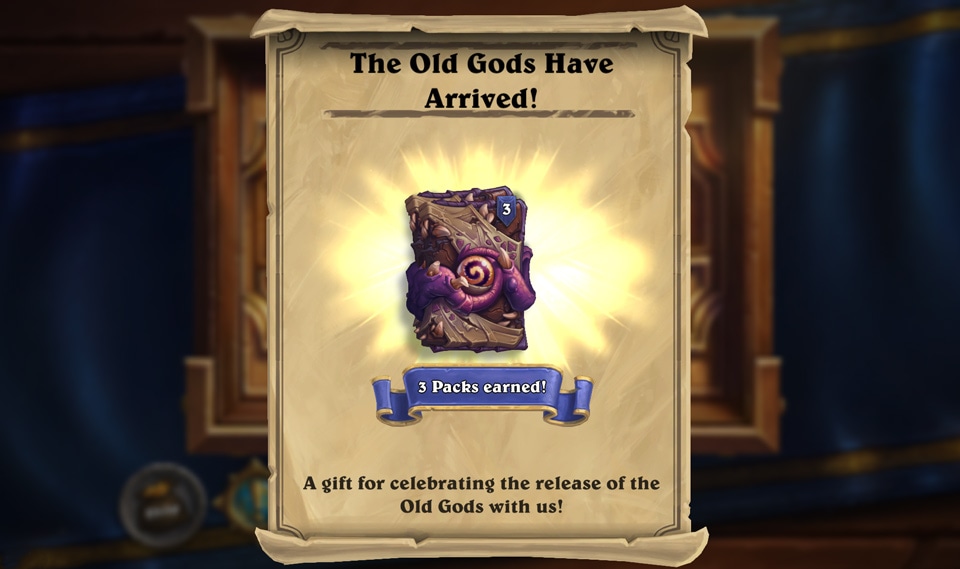 You won’t be able to hide from the influence of the Old Gods! With the launch of the expansion, logging in to Hearthstone will reward you with three free packs of Whispers of the Old Gods, instantly!

Upon opening your first pack of Whispers of the Old Gods, you’ll be awarded with two copies of Beckoner of Evil, and the Legendary Old God, C’Thun! (Those free cards are non-golden cards.)

In addition, two new one-time Quests are available to complete in succession: Winning two games in Standard mode will reward you with five packs of Whispers of the Old Gods! 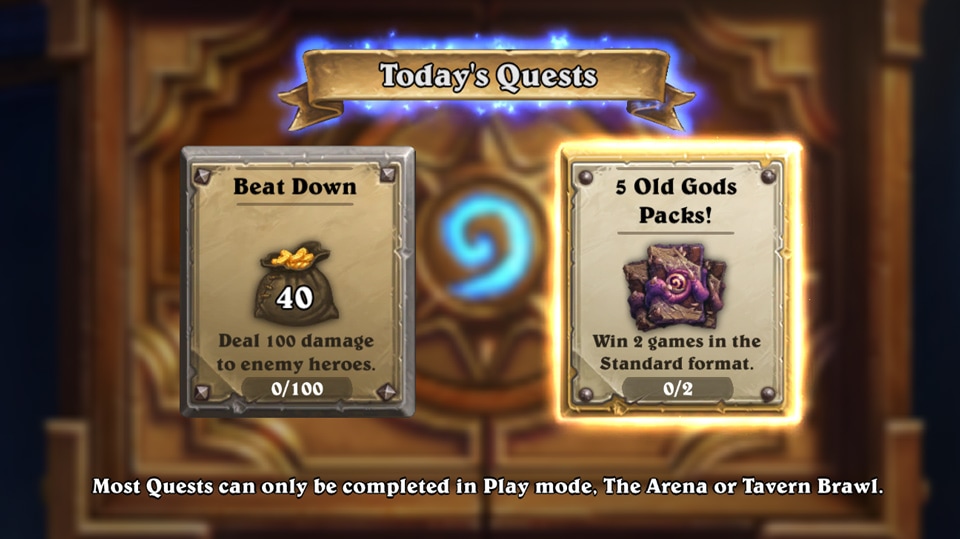 After you win two games in Standard and complete that Quest, another one will immediately be added to your Quest Log to replace it: Win seven games in Standard mode and receive five more packs of Whispers of the Old Gods!

Note that you must have already gained the ability to do daily quests in order to receive the free Whispers of the Old Gods card pack rewards.

Not even the game board is safe from the Old Gods’ writhing tentacles! Stormwind has fallen to the influence of the ancient ones, so make sure to avoid poking the eyestalks that have grown on the buildings—they don’t seem to like that very much. 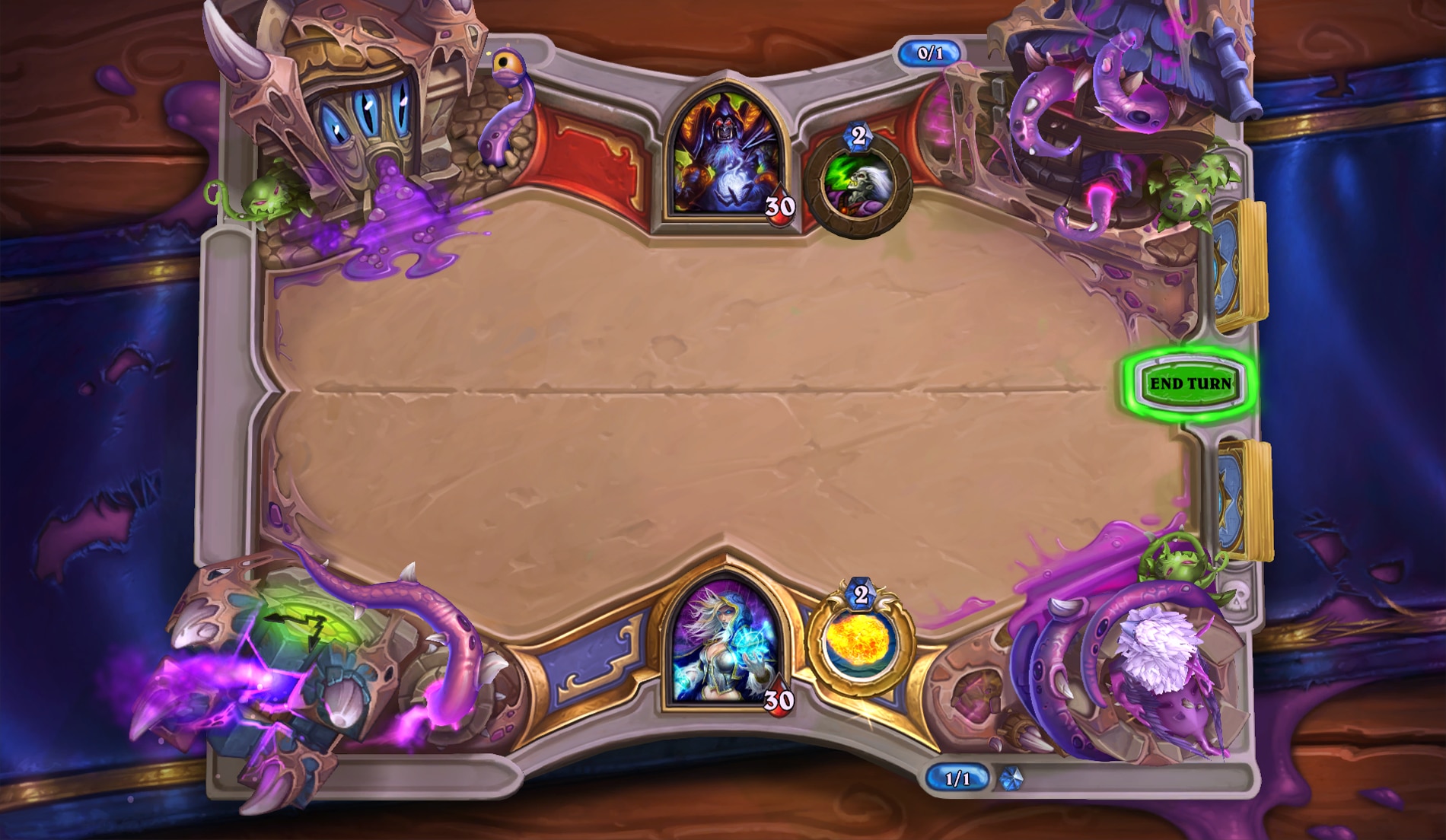 Year of the Kraken

Game formats have arrived! Whether you’re just getting started, or you’re a seasoned veteran, the new Standard format will help keep the game fresh, exciting, and accessible for years to come, while the Wild format will preserve everything you already know and love about Hearthstone!

For full details on Standard and Wild mode, check out our blog: A New Way to Play. For details on the cards that have been changed with the introduction of patch 5.0, go here.

See what cards await you in Whispers of the Old Gods on Hearthstone’s official Facebook page, and let us know which ones you’re most excited about by using the #OldGods hashtag!