Hearthstone: In the Works - September 18

Welcome to Hearthstone’s first In the Works update. Here we’re giving you a brief look at what’s coming in the next few months for Hearthstone—game updates and events, esports, and more!

There’s a lot to talk about, so read on to find out what’s in store.

The State of the Meta

While those decks stand out from the pack slightly, there are effective decks from every class. Evolve Shaman and Combo Priest have both seen success, for example.

Overall we’re happy with the excellent diversity of decks we’re seeing at all levels of Ranked Play.

Giggling Inventor is hugely popular and shows up in a lot of decks. We intended for Giggling Inventor to be powerful because we’ve found that having powerful neutral Taunt minions tends to make games more interesting. We’ve seen that with cards like Sludge Belcher and Tar Creeper in the past. Cards that fulfill this role need to be strong to get that job done, but there’s a line where they might be too good.

We aren’t planning any changes to Giggling Inventor for now, but we’re keeping an eye on it in the meantime. We’d like to know what you think.

There’s been an ongoing discussion within the team regarding how Wild should play. Right now, Wild feels somewhat like Standard but with an elevated power level and a vast library of cards. Should Wild live up to its name more, where we allow really crazy and powerful combos to happen, even in the early game? Generally, it’s harder for any one strategy to be dominant in Wild since everything is so powerful and everyone has access to so many tools, but do we want those strategies to exist? We know that there are players who would prefer to have a mode that offers that kind of gameplay.

There’s also the point to consider that the reason to have multiple modes in Hearthstone is for them to play differently, so there are downsides to trying to put the reins on Wild too much. But we also recognize that there might be decks like Naga Sea Witch that become too prevalent and simply aren’t fun to play against.

We’d love to hear your opinions about what you want from Wild. What do you think of how it is now, and what’s the role you see for it in the future of Hearthstone?

A few of the cards that left Standard were Class cards, but we want each Class to have a roughly equal number of cards available in the Classic set. To accomplish that, we’re adding four all-new cards to fill the gap.

Here are the new Class cards being added to the Classic set. You’ll be able to craft them or open them in Classic card packs in early November (this is a correction of previous text stating that these cards would be available next month): 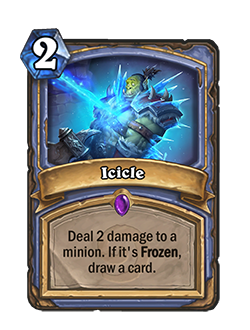 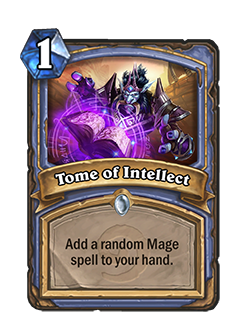 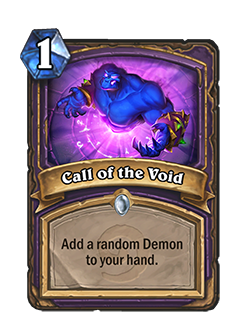 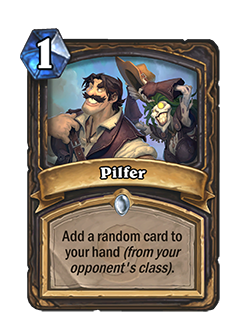 When designing these cards we are thinking about new players’ first experiences playing Hearthstone.  They should be relatively straightforward while still creating some exciting moments. They also give players a chance to see and play with cards that they don't own. At the same time it’s important that they aren’t so powerful that they limit future design or cause problems (since they’ll be in Standard for longer than 2 years.)

Looking forward, we expect more cards to join the Hall of Fame. There are also still some gaps in Classic where neutral Legendary cards joined the Hall of Fame, so we’re considering adding some new cards to the Classic set in the future.

Even at Rank 25, competition in the Tavern can be fierce, especially if you’ve never played Hearthstone before. We’d like to ease new players into the fray a little more gently, so we’re taking some steps toward improving the new player experience. Here’s what newcomers to the Hearthstone tavern can expect to find:

New players will start at Rank 50. Ranks 50 through 26 will be for new players only, and just like ranks 25 through 20, you can’t lose Stars while ranking up. Once a player achieves Rank 25, they’ll never drop below that rank again. We hope this gives players who are new to Hearthstone a little more time to get used to the Tavern, and we’ll also be giving them a few free gifts along the way to help them get up to speed. If you’re an experienced player making an additional account, there will be an option to skip the New Player Experience (and some loot, so consider carefully!) so you can get back into the competition faster. There are a few more details that we’ll provide in the future, but that’s the gist of it!

Earlier this year we talked about adding a new feature to Hearthstone that would make it easier to organize tournaments for Fireside Gatherings and private events. The team has been working on this feature for some time, and it was originally slated to arrive this year. Unfortunately, In-game Tournaments are now on hold, so we wanted to take this opportunity to explain why.

We have a lot of plans to improve many features of Hearthstone, including its social experience, and In-game Tournaments are an important part of that. Tournaments can serve many different audiences, but the implementation we’d arrived at catered to a very specific audience of players. Instead of broadening Hearthstone with an exciting new way to play, it felt “tacked on”, and wasn’t integrating well into the larger Hearthstone experience.

Ultimately, we were forced to conclude that we needed to think about how and where we want to improve Hearthstone’s overall social experience before we can tackle adding a satisfying and robust implementation of In-game Tournaments that all players can enjoy. As developers, sometimes we have to make the difficult decision to step away from a design that isn’t working. We no longer felt that the end result would deliver on everyone’s expectations or the high standards we have for Hearthstone.

As a result, while we want to revisit In-Game Tournaments at a later date, the feature is on hold for the foreseeable future.

If you’ve never attended a Fireside Gathering, or organized one of your own, you’re missing one of the most fun ways to enjoy Hearthstone with friends! They’re more fun than ever—including private events in your own home—so drop by the Fireside Gatherings site and check it out.

The 2018 HCT Fall Championship is coming mid-October! Watch it live on stream or live in-person at the Blizzard Arena in Los Angeles.

It’s going to be a thrilling event to witness, and if you can be there live, it gets even better! You’ll get to meet Hearthstone developers, enjoy pick-up tournaments on-site, snap up cool stuff like Hearthstone and Blizzard Arena merchandise and earn the Thrill of Victory card back just for attending!

You can get your tickets here. Get them fast before they sell out as seating is limited!

Okay, it never left, but it IS getting a majestic make-over. It will still offer 10 Classic card packs at a very low price (great time to try to pick up those new Classic Class cards!), but instead of a random Class Legendary card, it will now include one of six Legendary dragons from the Classic set: Alexstrasza, Deathwing, Malygos, Nozdormu, Onyxia, or Ysera!

There’s even better news! What could be better than dragons, you ask? Even if you’ve purchased the Welcome Bundle before, you’ll be able to grab this one too! 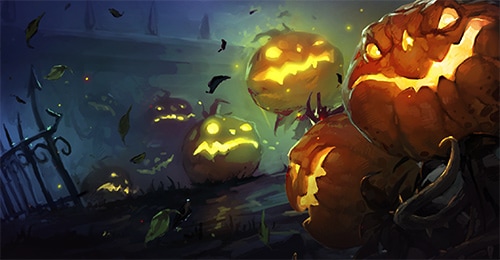 Hallow’s End also marks the arrival of a friendly new Paladin Hero who will be available for purchase as a part of a special deal!

And that’s what’s In the Works for Hearthstone! Thanks for joining us, and we look forward to hearing what you think, so let us know on social media, or in the comments below.