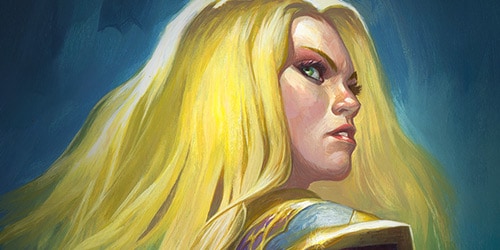 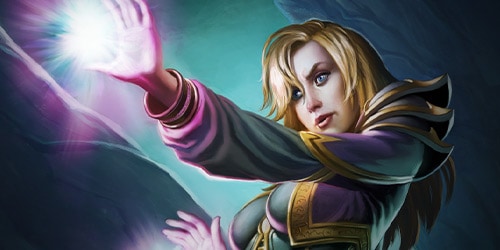 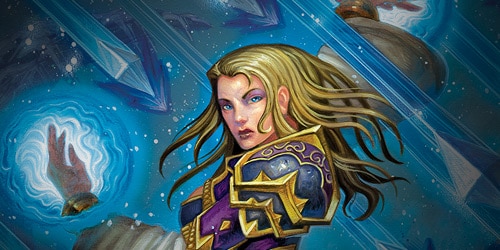 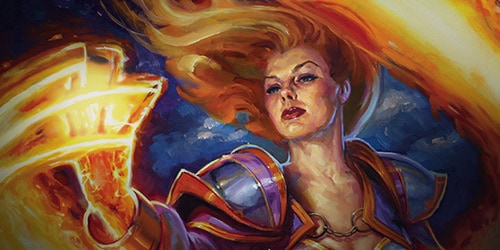 Knowing there was little hope for Stratholme, Jaina bravely gathered survivors and fled Lordaeron. Ultimately, her actions saved thousands. Sailing west, Jaina and her refugees arrived on the shores of Kalimdor . . .  only to discover that orcs had claimed those lands for their own. 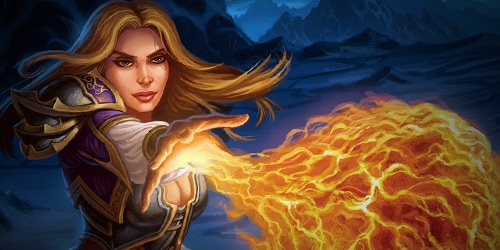 Seeking a safe haven for her people, Jaina valiantly fought off Kalimdor’s Horde, but soon became aware of a greater threat. A mysterious prophet led to Jaina and her people joining forces with the Horde and the night elves to defeat the demon Archimonde at Mount Hyjal. After quelling this threat, Jaina finally found a new home for her refugees on an island off the eastern coast of Kalimdor, which she named Theramore. 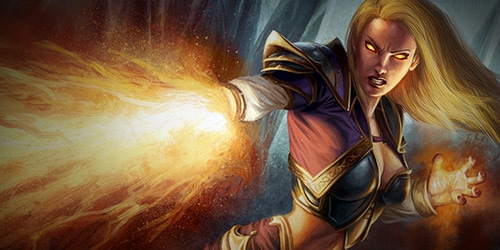 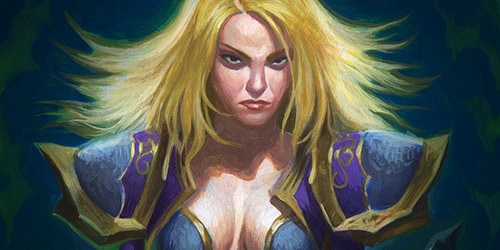 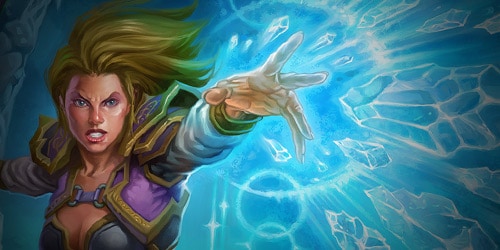 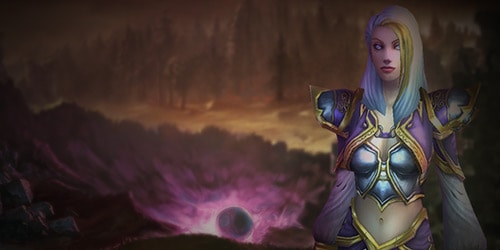 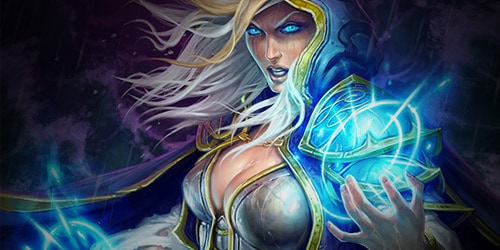 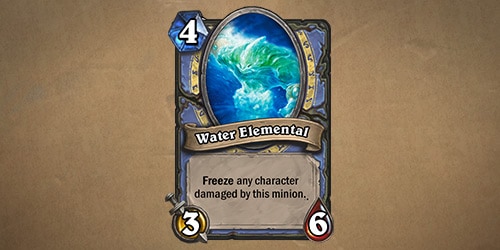 Read about the history of the other Heroes of Hearthstone here: Rexxar – Gul’dan - Valeera - Anduin - Thrall
Share:
Pardon our dust! Over the next few weeks, we’ll be transitioning blog comments over to our new forums. At that time all historical blog comments will be lost. During the transition, you can still join the conversation by heading over to our General Discussion Forums.
English (US)
Deutsch
English (US)
English (EU)
English (ANZ)
English (SEA)
Español (EU)
Español (AL)
Français
Italiano
Português (AL)
Português (EU)
Polski
Русский
한국어
ภาษาไทย
日本語
繁體中文
简体中文
Careers
About
Support
Contact Us
Press
API
©2020 Blizzard Entertainment, Inc. All rights reserved.
All trademarks referenced herein are the properties of their respective owners.
CA Residents only: Do not sell my personal information
Privacy
Legal
Terms