The Hearthstone Challengers Path to Playoffs

The Hearthstone Challengers program provides a streamlined path to the Seasonal Playoffs for aspiring pro players. Challenger Cups and Tavern Hero Qualifiers will lead to the Challenger Finals, which will qualify eight players to Playoffs each season. 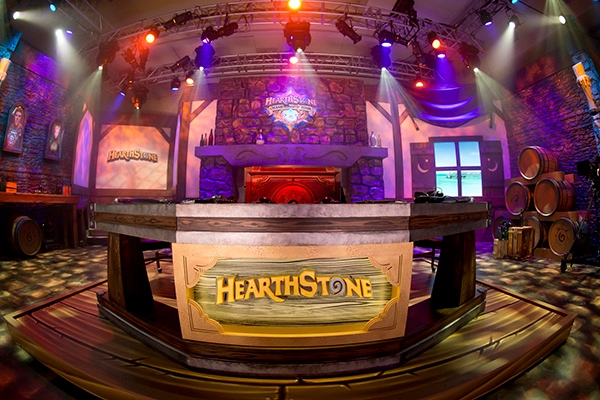 Challenger Cups and Tavern Hero Qualifiers in 2018 will continue to be community-run—however, we are establishing additional standard guidelines for tournament formats and more.

Winning a Challenger Cup will grant an invitation to a region’s seasonal Challenger Finals. But additional placements may also award invitations!

The Hearthstone Esports team will announce at the beginning of each season which Challenger Cup placements grants invitationals. Challenger Cups held during Season 1 of 2018 will qualify both finalists (first and second place) to the Challenger Finals.

Winning a Tavern Hero Qualifier will always grant an invitation to your region’s seasonal Challenger Finals.

You’ve made it to the Challenger Finals! What now?

Challenger Finals will be held online. They will utilize the Conquest format and be best-of-three with a single ban. The tournaments will be run in Swiss format with single-elimination playoffs. The top eight players will move on from the Challenger Finals to the Seasonal Playoffs.

Chart your course to glory with this HCT Challengers schedule!

Challenger Cup applications are accepted on a rolling basis, up to 10 days before the event is planned to occur. Tavern Hero Qualifier applications will open on FiresideGatherings.com at least 10 days before a season opens, and will close 10 days before the last day of a season. Each season will last for up to six weeks, and invitations to for HCT Challengers Finals will be sent to qualified players near the conclusion of each HCT Season this year.

Have you already qualified for this season's Challenger Finals and want to make doubly sure that you have? Check your name against the qualified players list below. If you have any questions or disputes about your qualification, reach out to HearthstoneAdmin@blizzard.com.

We hope to see you at a Hearthstone Championship Tour 2018 tournament this year! Meanwhile, keep up to date or send any questions our way over Twitter or Facebook with the #HCT hashtag.