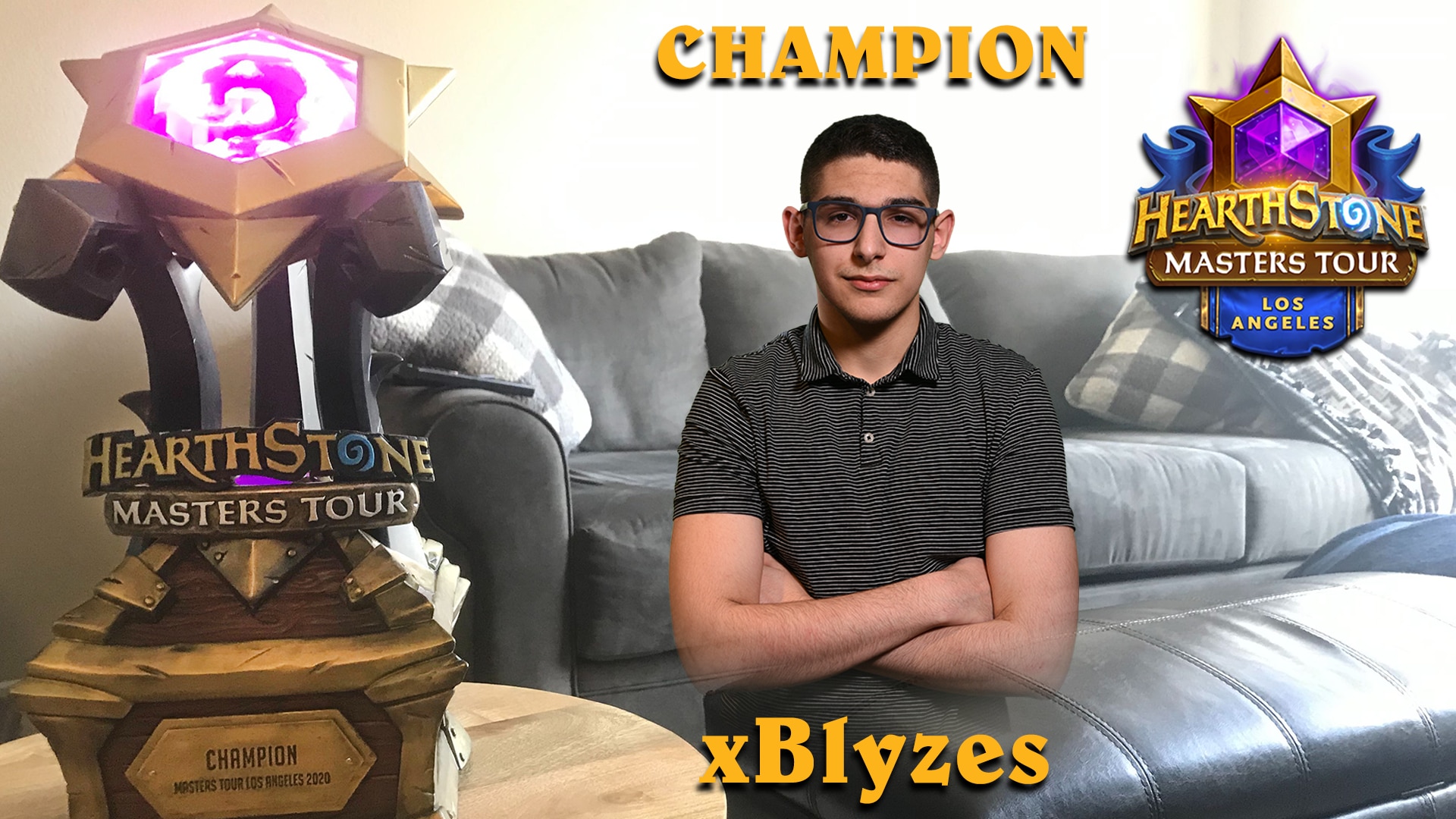 Zakarya “xBlyzes” Hail is the champion of Masters Tour Los Angeles and the first champion to win more than one Masters Tour! A powerhouse out of France, xBlyzes bested Wan “TNCAnswer” Maozhi in an insane 3-2 matchup, taking home another championship trophy and $32,500, while securing a European spot in Grandmasters Season 2.

Following his victory at Masters Tour Arlington, xBlyzes was the player to beat this weekend. With a strong Top 8, which saw the defeat of three Grandmasters and the 2019 Global Finals champion, xBlyzes and TNCAnswer faced off in an unbelievable championship match. The competitive final match went the distance, culminating in a round 5 face off. Despite being down 2-0 early in the match, xBlyzes triumphed with his mastery of Rogue over TNCAnswer’s Paladin, a class he is considered the master of in the Chinese scene, following a dramatic reverse-sweep. 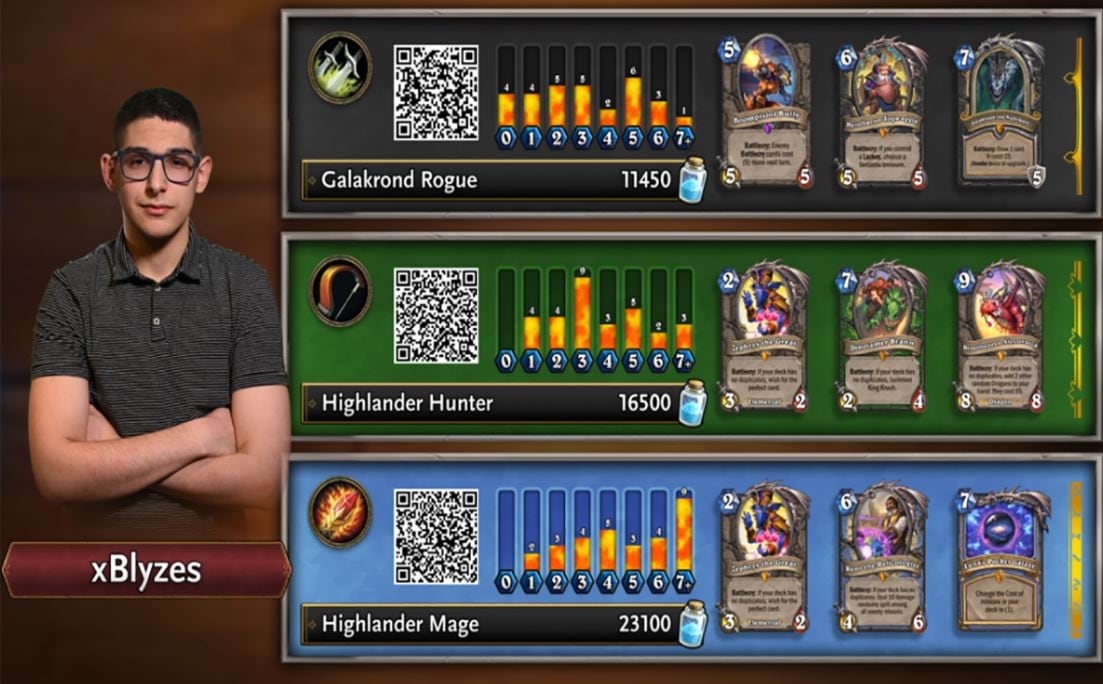 2019 was a difficult year for xBlyzes and he went into the 2020 Masters Tour season striving to be one of the best players in the world, and this victory has propelled him to the upper echelon of Hearthstone competitors. Simon “Sottle” Welch, one of the foremost competitive Hearthstone analysts, summed it nicely:

Despite the constantly changing reality of this Masters Tour in response to the coronavirus situation, 346 players from 43 countries settled in for a weekend of intense Hearthstone action. With more than $550,000 in prizing out of a total $3 million for all of 2020 won by players this past weekend, Masters Tour Los Angeles set a new standard of play for the Hearthstone Masters Tour.

With only two Masters Tour of 2020 completed so far, xBlyzes’s back-to-back victories have already secured his spot in Grandmasters Season 2 starting later this year. Catch the return of Grandmasters next month when the 2020 Season 1 begins on April 17, to see who will triumph and will be relegated on YouTube.com/HearthstoneEsports.