Gadgetzan, the wondrous jewel of Tanaris, reports explosive economic growth and a boom in trade across the board, according to census data released from mayor Noggenfogger’s office. News of the city’s rocket-like ascent comes as no surprise; the recent flux of traders, merchants, businessmen both respectable and otherwise, as well as the daily arrival of more fortune-seekers speaks for itself. Of course, this uptick in activity hasn’t been without its downsides. Many residents complain of increased tension among the movers and shakers of Gadgetzan, which could spill into the streets at any moment… and if it does, you’ll read it here first!

An Inside Look at Major Players in Secret Power Struggle

If you pull up a chair outside Fizzgrimble’s Tavern and watch afternoon traffic flowing up and down Grimestreet, you may notice a few things about how our city has changed. Wagons carrying goods from faraway places, guarded by shifty-looking fellows in bowler hats; vendors loudly hawking their mystical wares from stalls that choke the streets, ready to sell you any potion or spell you want, for a price; and, all but invisible to the untrained observer, shadowy figures blending into the crowds, keeping an eye on everything. Who are these people? What are they doing in our city? These facts our reporters discovered when they went underground and undercover will shock you!

Here’s the latest breakdown of who’s controlling Gadgetzan! Turf is determined by number of matches played by the classes affiliated with each crime family. 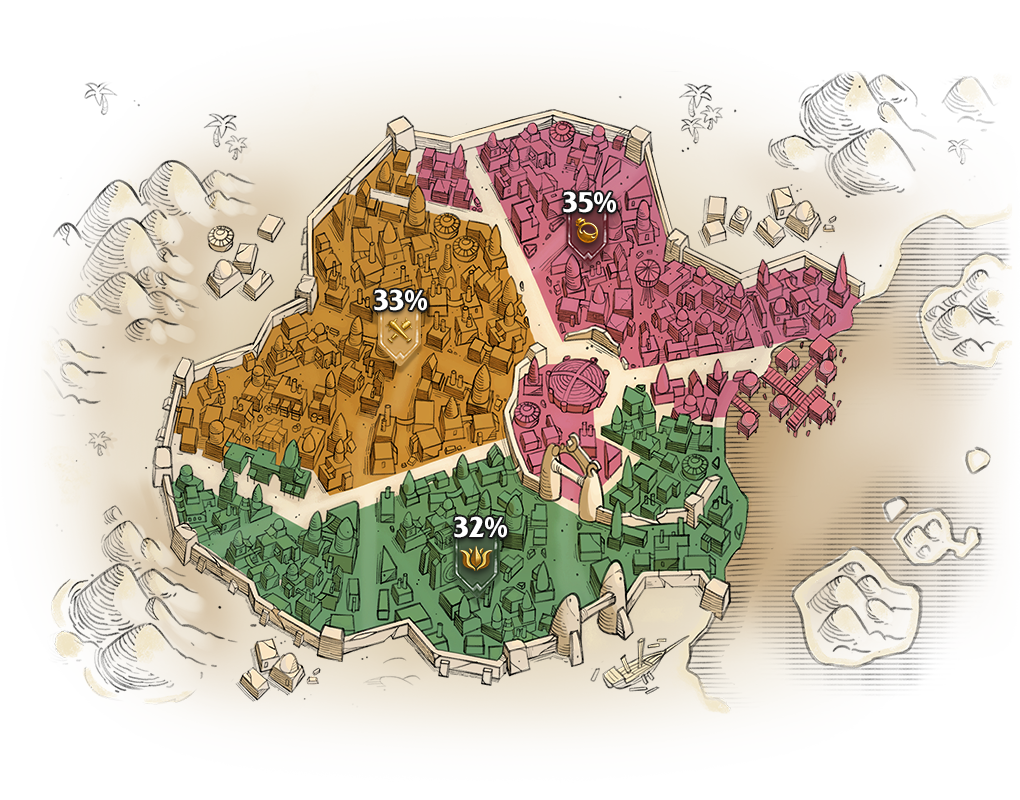 Is the contraband moving through Gadgetzan linked to the gang known as the Grimy Goons? Our sources say, “Yes!” From small-time buccaneers to big-time racketeers, the Grimy Goons have their fingers in every pot. Their brand of disorganized crime caters to ruffians, bruisers, and brawlers; pugilistic tendencies seem to be highly valued among the Grimy Goons.

A Closer Look at the Shady Dealings of the Kabal

Hardly a day goes by without yet another magical incident. Our contacts within the constabulary confirm this spike in thaumaturgic mayhem is connected to a secretive organization known as the Kabal. The Kabal have secured a slice of Gadgetzan’s underworld through cunning, trickery, and arcane machinations that would make the boldest blastmage blush.

The only thing more mysterious than the Jade Lotus is the shadowy figure pulling the strings behind the scenes. What are they after? Who is directing their operations? Why have they come to our city? Only one thing is certain: anyone who crosses this organization of thieves, assassins, and masters of martial arts better watch their back. Indefinitely.

All in the Family: Each class is associated with one of the three great crime families running Gadgetzan. Your class cards and many neutral minions all fall into that family's theme. The affiliations are:

Family Specials: Aside from class affiliations, the three factions each have their own unique twist.

Tri-Class Cards: Some neutral minions are only available to members of their family; for example, a Grimestreet Informant (a member of the Grimy Goons) can only be in Hunter, Paladin, or Warrior decks.

Some of Azeroth's greatest ne'er-do-wells prowl the back alleys and lawless corners of Gadgetzan. Step into their parlor and take a look around! 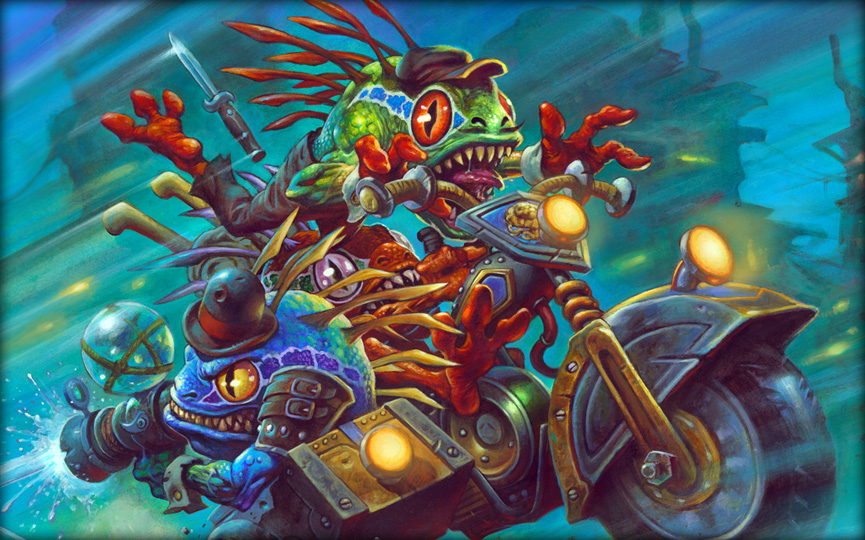