So you have a few games under your belt and feel like you have a solid understanding of the basics. Great! But believe you me, there's still a whole lot for you to learn out there no matter how good you are. So pull up a chair, and let's chat about some of the basic and some of the not so basic things to know about how to play Hearthstone.

The Skinny on Card Effects

By now, you know that cards in Hearthstone can loosely be broken down into minions, spells, and weapons. You also know that some cards are pretty straightforward (“Do 6 damage to a character”) and that others have specific effects either when they first come into play, when a certain trigger happens, or that persist for as long as the card in question is in play. Let’s look at some of these card effects and how they can be combined for powerful combinations.

Some minions have abilities that persist for as long as the minion with the ability is in play. For example, the Raid Leader has an ability that grants all your other minions +1 attack, or the Young Dragonhawk has the Windfury ability.

These require a specific set of circumstances to come into effect. Some examples of triggered effects are: 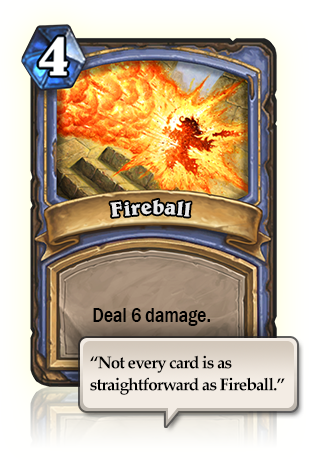 Some card effects can be combined for devastating effect. For example…

There are many, many other synergies like that in the game. The point is, a lot of card effects can actually enhance other card effects. Always remember to look for how cards can play off each other. And who knows, maybe you’ll discover new and interesting ways in which two cards can be combined to make your opponent wish he’d never met you. 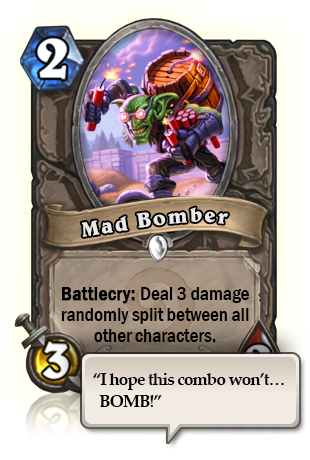 Sometimes, you’ll find yourself in a position where you can easily play your whole hand while your opponent is still holding on to close to the maximum of 10 cards. Unless you can win the game this turn, my advice would be: Don’t. Why? Card advantage.

Simply put, card advantage is your ability to play your cards. The more cards you hold in your hand, the more likely you are to be able to play a card that’s suitable for the current situation, so if you are holding more cards then you have card advantage. Likewise, having more minions on the board is also considered a form of card advantage. If you outnumber your opponent, you are better able to maneuver and play your cards for maximum effect.

The main way to establish card advantage in Hearthstone is via draw effects from cards such as Arcane Intellect or from minions like the Gadgetzan Auctioneer. To keep card advantage,

Try to play only as many cards as you need in order to stay ahead. Avoid a situation where you completely exhaust your hand unless you are absolutely sure you can ensure victory.

Think about minion combat as trading pieces on a chess board. If you sacrifice three of your minions to get rid of one of your opponent’s, that’s not a good trade. Likewise, if you can take out three of his minions with one of your cards, that’s a good trade.

Consider adding some draw effect cards to your deck so you can maintain a good pace of playing and drawing cards.

Between the mage who wasted his last nuke to take out a taunt minion instead of finishing off his opponent or the warrior who got himself killed by swinging his axe at a minion that was maaaaaybe a little too big for him, I’ve seen it all. So I’ve compiled a few basic tips to help you bring your game to the next level. 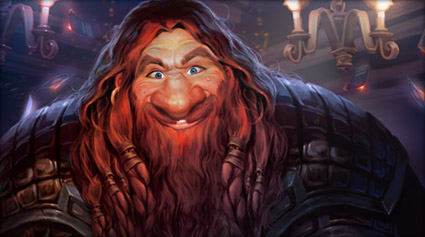 Don’t play more cards than you need to, especially if you have already gained a significant lead over your opponent. You never know when she may draw a card that turns the tides, and you’ll need a full hand then.

Buff cards can be powerful, but if you have a ton of buffs in your deck and only a few minions to play them on you’ll be a sitting duck. Likewise, if you keep buffing the same minion over and over, you risk turning it into a lightning rod – a magnet for removal spells.

Casting Arcane missiles on the first turn when all it can do is 3 measly damage to your opponent is a waste of a great card. Wait until you have an opportunity to make a good trade with these cards.

Don’t try to be too clever with your deck

If you build your deck with a ton of combinations in there, you’re that much more likely to run into problems if you don’t draw the right cards in the right order. Focus on a few strong synergies and a solid overall strategy instead.

Don’t hang on to your cards for too long

Now that I’ve told you not to overplay your hand and not to waste your spells, I’m going to tell you to also not sit on your cards for too long. If you have a spell or a minion that can get you the advantage now, use it!