Once called “Darkness Incarnate” and “Destroyer of Dreams,” Gul’dan was the first orc warlock and is considered one of the most powerful warlocks to have ever existed. He lived to amass power by any means necessary—even betraying his kin to those that sought to enslave them. 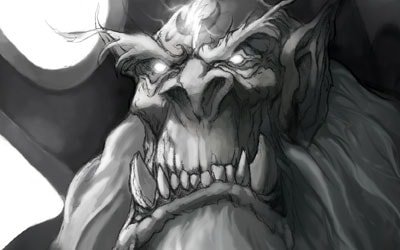 Gul’dan’s tale began on the planet Draenor, the homeworld of the orcs. The most spiritual of Draenor’s orcs were the Shadowmoon Clan, which was led by the orc shaman Ner’zhul. Ner’zhul was Gul’dan’s mentor, and he taught the young Gul’dan how to harness the elements. Gul’dan was a talented pupil, and with his intelligence and cunning he took to shamanism readily. 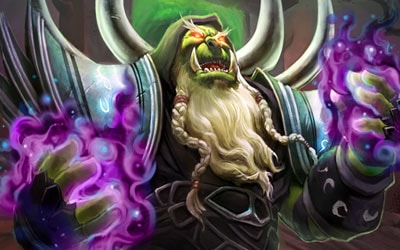 Gul’dan’s hunger for power only grew when he encountered the demon lord, Kil’jaeden. Gul’dan was promised unfathomable power in the form of mastery over fel magic—the ways of the warlock—if he would only swear fealty to the demon lord and usurp his mentor. However, Gul’dan would pay a terrible price for such power. His actions would damn the orcs, binding them to the will of the Burning Legion. Gul’dan accepted Kil’jaeden’s terms without hesitation, and the empowered Horde would later decimate their enemies—and their world. 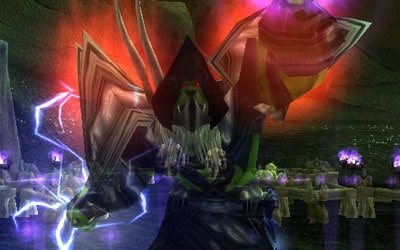 The warlock led his orcish horde to Azeroth, with the aid of the sorcerer Medivh and the Dark Portal that connected the two worlds. The bloodthirsty orcs spread across the Eastern Kingdoms like a storm, conquering the lands far and wide with Gul’dan plotting and waiting for his chance to claim ultimate power. 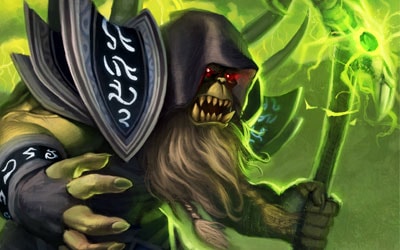 Gul’dan’s thirst for power would eventually be his own downfall; he would stop at nothing less than becoming a god. The warlock set out to find a magical artifact of great power: the Eye of Sargeras, dark titan and creator of the Burning Legion. The Eye was hidden away within the long-forgotten Tomb of Sargeras at the bottom of the Great Sea. Gul’dan eventually discovered the tomb, but was wholly unprepared for what lurked inside. Instead of unearthing the Eye, Gul’dan and his minions were torn apart by the demons that had long ago been drawn to the tomb through the dark magics that emanated from Sargeras’s remains. Gul’dan finally realized that he was a pawn for Sargeras’s machinations all along. 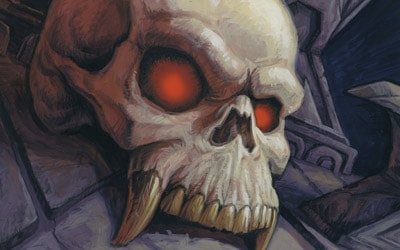 You can harness Gul’dan’s fel magic in Hearthstone as the Warlock Hero. Gul’dan’s Hero Power, Life Tap, takes a small sacrifice of his own life and turns it into card drawing power! The Burning Legion’s demons are at the Warlock’s beck and call, which can be unleashed on your opponent when they least expect it. Demons are not one to lend their power freely, so be warned! If too many minions start to rally against Gul’dan, he can unleash the devastating power of the Twisting Nether and send them spiraling into the Abyss! 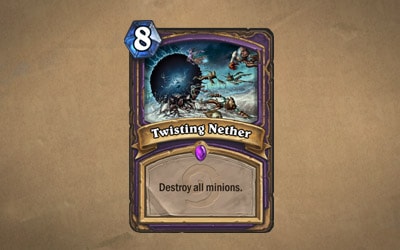 We hope you’ve enjoyed this look into Gul’dan’s history and his role as a Warlock in Hearthstone. What class would you like to see featured next? Tell us in the comments below!

Read about the history of the other Heroes of Hearthstone here: Rexxar