From his humble beginnings as a slave to his rise as Warchief of the Horde, Thrall has cut a path through the history of Azeroth through his courageous actions, unfaltering will, and his mastery of the Elements as a Shaman. 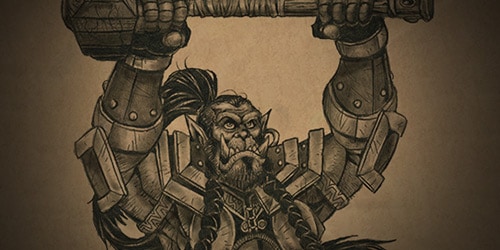 The Shaman’s Tale
Thrall has been one of the most influential characters in the Warcraft universe; his intelligence, wisdom, and rationality has helped shaped the Horde into a unified force to be reckoned with. 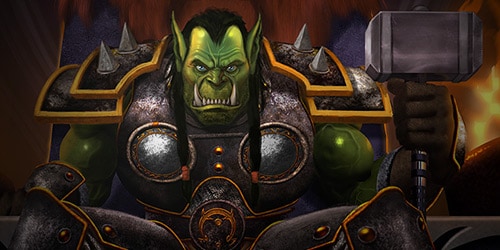 Thrall founded the lands of Durotar and its capital city, Orgrimmar, as a sanctuary for orcs who pledged their loyalty to the Horde. Through his wisdom, Thrall has brought different races and backgrounds together under a banner of honor and strength, combining their might to give them hope for the future. 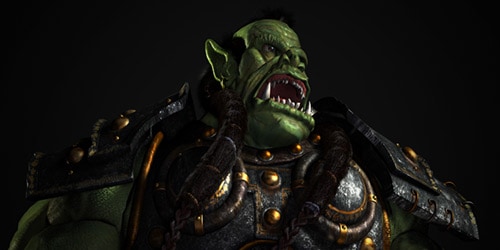 Tested time and again, Thrall has led his people through many pivotal points in Azeroth’s history, including the freeing of the orcs and their journey to Kalimdor, the Burning Legion’s attack on Mount Hyjal, and the fall of the Lich King. 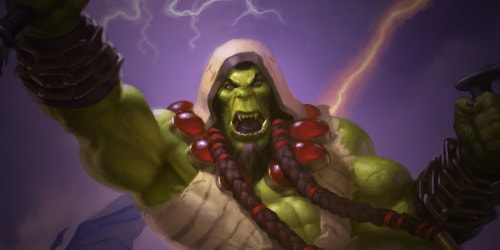 After the Shattering of Azeroth that heralded Deathwing’s return, Thrall took the noble and courageous path to bring peace to the raging Elements, endangering himself to save the lands and people he holds dear. Thrall entered the chaotic Maelstrom to stabilize the rift between the Elemental Plane and Azeroth. 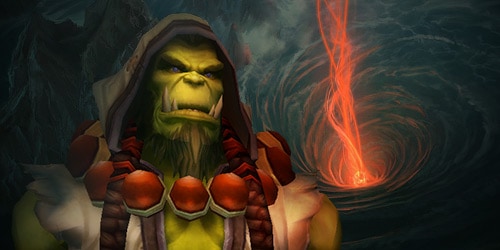 Thrall, alongside the dragon aspects Alexstrasza, Ysera, Nozdormu, and Kalecgos, led the army that defeated Deathwing and prevented the final Cataclysm that would bring about the end of Azeroth. 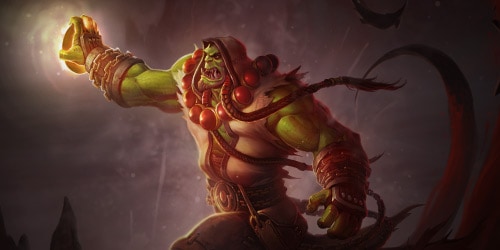 Before the razing of Azeroth from the Black Dragon, Deathwing, Thrall made the decision to appoint Garrosh as Warchief of the Horde. This brought about a sudden shift to the Horde as a whole, and Garrosh’s rash leadership only served to break the carefully forged alliances that Thrall worked so tirelessly to build over the years. Thrall’s quest to end injustice and tyranny was seemingly never-ending, as someone he once considered an ally and worthy of leading took the Horde into a brutal, war-mongering direction within the normally peaceful lands of Pandaria and beyond. Nevertheless, Thrall is determined to overcome all obstacles and bring peace to his people and all allies to the Horde’s cause. 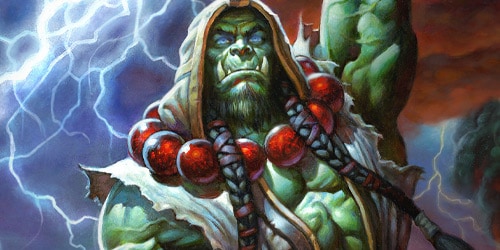 Thrall is rarely without Doomhammer, a stout and imposing weapon that embodies the strength of the orcish people. Despite its intimidating name, Thrall brings hope to the orcish people when he wields it in battle. 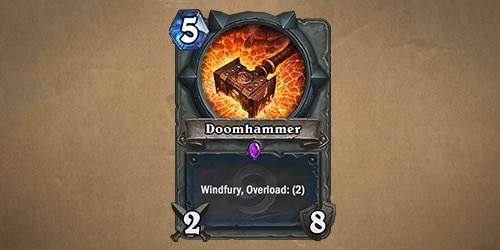 You can also wield this weapon in Hearthstone, bringing doom upon your opponent or their minions with its innate Windfury power. The elements favor Doomhammer, and Windfury allows you to attack twice in a single turn. Doom, DOOM! 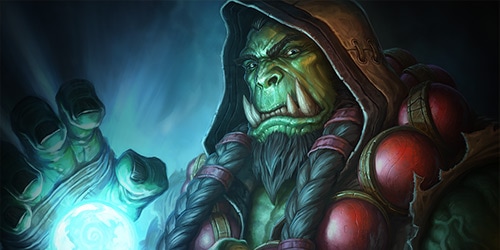 We hope you’ve enjoyed this look into Thrall’s history and his role in Hearthstone. What class would you like to see featured next? Tell us in the comments below!

Read about the history of the other Heroes of Hearthstone here: Rexxar – Gul’dan - Valeera - Anduin