At this year’s Blizzard Entertainment Showcase panel at San Diego Comic-Con, epic loot was in no short supply. But don’t worry if you weren’t at the panel this year—we’ve got you covered with a roundup of all the loot we revealed below: 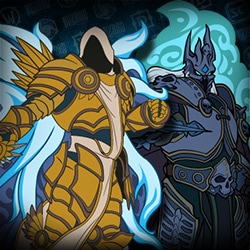 Carbot Hoodie: A hybrid of cute and comfortable, this hoodie is sure to keep you warm and stylish whether you’re slinging cards or battling the enemies in the Nexus 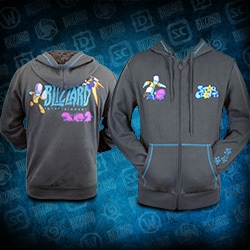 Diablo Figurine Shadowclone Variant: This sinister figurine is a shadowy variant of the original Diablo action figure by NECA. 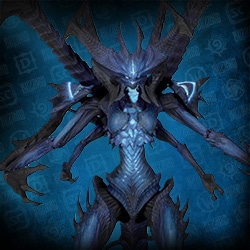 Kerrigan Statue: You’ve already seen the grayscale version earlier—in the panel, we revealed the finished product in all its zerg-y detail in full color. Tychus Figure: At 1/6-scale with hyper-articulated joints, a movable visor, and a light-up suit, this Tychus figure is just as epic as his full-size counterpart. 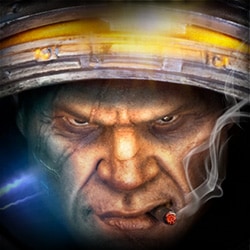 Heroes of the Storm Action Figures: Collect all your favorite heroes in action-packed sizes, and make your own mini-Nexus at home.

Heroes of the Storm Bang!: Round up a posse of your favorite heroes for a Blizzard-themed riff on the infamous card game Bang!

Check out the list of San Diego Comic-Con exclusives and premiere items we revealed earlier here.