Hearthstone’s September 2014 Ranked Play Season: Plundering Pirates is coming to a close at the end of the month, and with it your chances of acquiring the Pirates card back for your collection.

The Pirates card back will only be available during September, so be sure to hit Rank 20 before the 1st of October and the card back will be awarded to you at the end of the season. 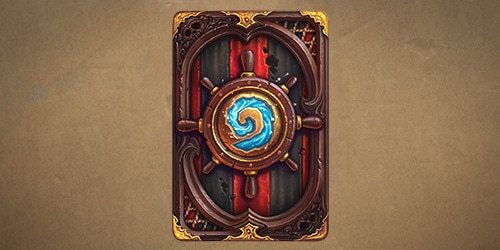 Acquire all new cards for your Hearthstone collection with Curse of Naxxramas: A Hearthstone Adventure! Delve into five unique Quarters of the Necropolis and test your mettle against Naxxramas’ undead denizens.  The Arachnid Quarter is still free until October 1, so venture into the Necropolis without delay!

The October 2014 Ranked Play Season—and a new card back along with it—await you next month!