Getting to Know the Taiwan Finalists

In just a few short days the Hearthstone World Championship will commence, and players from all over the world will duel for a share of a $250,000 prize pool. The various regions are being represented by some of the most talented card-slingers around, and Taiwan is no exception! We recently had the opportunity to speak with FrozenIce and Tom60229 and discuss their Roads to BlizzCon. 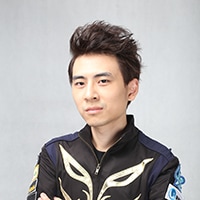 Did you ever think you would be a professional gamer one day?

E-sports was not as popular as it is now when I was still in college in Taiwan. Though I was passionate about online games, the thought of being a professional player never crossed my mind.

Now I am finally granted the opportunity, but I do understand that being a professional player is not a long career. I still want to seize the opportunity, and immerse myself in preparing for the coming tournament.

Now that you’re a pro, how has your play changed?

Before I became a professional player, playing online games was just for fun. However, now as a professional player, I set a higher goal for myself. I practice from 10 a.m. to 11 p.m. or midnight, and that is basically an average of 10 hours of practicing every day. Afterwards, I go back to my dormitory, take a shower, do my schoolwork for a while, and then go to bed.

How do you practice?

Climbing the ladder is my main means of practicing. For example, my recent goal has been to rank up to the legendary top 20 status with a certain class, and I only switch to other classes if I can maintain my standing among the top 20s. My win percentage has to stay around 60% or 70%, because I couldn’t maintain my ranking if my win percentage is only 50%. I have already achieved this goal with three or four classes. Previously when I played on the Asia Server, I tried to hit the top legendary rankings with different heroes every season, so I am familiar with every class.

Another way of practicing is to find partners. Or if I see an interesting deck in a competition, I try to build one on my own. I found that even slight differences of just one or two cards would change to overall strategy to be completely different. Sometimes for the better, sometimes for the worse, but you can only find out by trying it yourself.

What class do you favor?

If you asked me this before, I would say without hesitation that my favorite deck is Miracle Rogue. However after Leeroy Jenkins went through balancing changes, Miracle Rogue is no longer a one-for-all deck. The Miracle Rogue deck is currently more of a utility deck, that can be used to counter certain decks.

My current favorite is Handlock, and I hate to be matched against Hunter. Hunter has many ways to deal damage, and it can be hard to stop when it’s on a roll.

I try to remain fully focused, stay calm, and think clearly. If there is extra time after I’m done pondering my upcoming moves, I use the in-game taunts to distract my opponents. Mood affects performance, and playing mind games is also a kind of strategy.

Aside from my teammate Tom60229, I have played with Kranich and RenieHouR, two of the players representing Korea, a few times before. I am looking forward to a duel with Kolento. I think he is a rigorous thinker that rarely makes mistakes, and he is capable of predicting what’s going to happen in next few rounds; I have to admit that he is a very strong competitor. The ones I don’t want to play against are Chinese players, because I am not familiar with the meta of China, and because Tiddler Celestial is a powerful opponent who took 9 wins and 0 loses using only a Zoo Warlock deck at the China Qualifier. 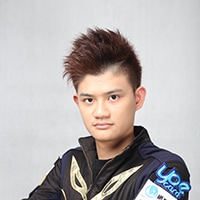 It’s pretty incredible: Tom60229 was new to Hearthstone and was just about to start his national service, and just a year later, this young man is a professional Hearthstone player in yoe Flash Wolves! After coming into the spotlight for his performance during the Taiwan Qualifier Tournament, the numbers in his Battletag, "Tom60229", were a topic of much speculation. It turns out that there’s not much of a mystery! It was Tom's elementary school student ID!

Did you ever think you would be a professional gamer one day?

Originally, I just played game for fun, and I didn’t give any thought to becoming a professional player. My family has given me a lot of encouragement and support after yoe Flash Wolves sent me the invitation.

I’m studying economics in university, and I planned to find a job following the first stage of 2014 World Championship Taiwan Qualifier Tournament, but I really want to work in the gaming industy. As a gaming enthusiast, I feel like becoming a pro player is like taking my first steps toward my dream.

Now that you’re a pro, how has your play changed?

The biggest lifestyle change for me is the significant increase of daily play time. As part of my preparation for the Hearthstone World Championship, I practice starting at 10 a.m., and I train every day, even on weekends and holidays. On average, I practice more than 10 hours a day.

How do you practice?

I play ranked games, practice matches, and tournament review. Unlike other yoe Frost Wolves affiliated e-sport teams, the Hearthstone pro gamers do not have a coach, which means that I primarily share my experience and ideas with my teammate, FrozenIce.

I play in the Asia, Americas, and Europe regions, and I’ve reached high Legend ranks.

We record the practice matches for review and train with the top-ranked Hearthstone players in Taiwan. When watching tournament streams, we gather to discuss player strategies and behaviors.

What class do you favor?

I think the most versatile classes in ranked mode are Hunter and Warlock. I think that Giant Warlock suits me well, but I don’t like playing against Hunters. . . or anyone who’s lucky!

Do you have any memorable matches or interesting anecdotes to share?

During the Taiwan Qualifier Tournament I was playing against FrozenIce, and I was down to only one card in hand. I thought it was over, but I drew "Al'Akir the Windlord", and then drawing "Loatheb" gave me the chance to come back and take the win. FrozenIce made fun of me, and said "the one who dislikes the lucky players wins by luck!"

I consider myself a conservative player, by which I mean that I like to maintain momentum rather than risk the match for some extra damage on my opponent.

In addition to my teammate FrozenIce, I’ve played several ranked games against Korean players Kranich and RenieHouR. I’ve only watched the streams or tournament performance of the other competitors though.

Kolento is the opponent I most look forward to playing against, but he is also the player I fear the most. I think that he’s an extraordinary player with excellent decision making and mechanics management, and he can play any class well. I’m more than willing to play against Kolento, but I hope it’s further along in the tournament!