Getting to Know the Korea Finalists

In just a few short days the Hearthstone World Championship will commence, and players from all over the world will duel for a share of a $250,000 prize pool. The various regions are being represented by some of the most talented card-slingers around, and Taiwan is no exception! We recently had the opportunity to speak with FrozenIce and Tom60229 and discuss their Roads to BlizzCon. 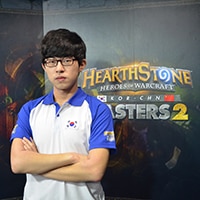 Today we’re introducing Kranich, known as ‘White Crane.’ Despite his great skills in card-slinging and many victories at various competitions, Kranich remains modest and says that he likes to be call himself a ‘Growth Character’. He began playing Hearthstone more seriously with the victory of 10th Goblin Cup, and it seems like his long and tough journey has finally paid off. After many victories and struggles against other skillful competitors, Kranich is now advancing to BlizzCon 2014 Hearthstone World Championship as one of the players representing Korea!

What is your favorite deck to play?

Personally, I love the Beast Hunter deck! I think this deck has incredible mechanics, but I’m sad that Starving Buzzard was nerfed.

What’s your favorite/craziest play you’ve ever made in Hearthstone?

The fourth match I played in tier 16 of the Hearthstone KR vs CN Masters remains most memorable to me.

What’s your process for testing decks? When does a deck officially become a success?

When a new deck concept comes into my head, I almost immediately test it by playing on the ladder. Rather than looking at the win rate, I see whether the deck is working as I intend it to, and then decide whether it is successful or not.

If you could design a card, what would it be?

Are there any players you’re looking forward to or nervous about playing against?

StrifeCro. He’s been my Hearthstone icon since closed beta.

If you could make Polymorph turn a minion into something other than a sheep, what would it be?

How does one go about making a deal with Ragnaros?

That’s funny, but I think it is better asking Amaz about his negotiations!

What are you passionate about outside of Hearthstone and other video games?

I have a great interest in life-science, and it is my major in college. I’ve studied this for a long time. 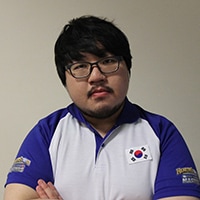 Today we’re introducing RenieHouR, known as an Inn Keeper and a lover of Mad Scientist’s battlecry. ReineHouR participated in many famous tournaments including WEC 2014, where he represented Korea, and also proved himself as a brilliant card-slinger with fabulous plays.

What is your favorite deck to play?

Shield Slam Warrior deck and all kinds of Warlock decks. The reason why I specially love to play Warlock decks is because of the unique Hero Power, which helps me roll out more distinctive strategies and unique decks. Giants Warlock is my favorite; there’s huge burst damage potential!

What’s your favorite/craziest play you’ve ever made in Hearthstone?

I often overstrained myself at the final and messed up my plays. So, the tier 4 match at KR vs CN Masters Championship was really memorable.

What’s your process for testing decks? When does a deck officially become a success?

I first play ladder and look at how the deck goes. However, ladder is very different from tournaments in terms of player level and strategies. With that in mind, I first check how well this deck does with my strategies, rather than my win rate. If a deck plays well as intended, then I start practicing with my teammates using the new deck.

It is well-known that Token Druid is not a strong deck in ladder, but I have been continuously using Token Druid deck throughout many tournaments that I have attended. Why? Because it can be used as a counter deck against some specific classes during the tournament matches, and this ultimately proves that it is worthy deck to choose.

If you could design a card, what would it be?

I would like to add Spell or Minion cards that can protect the Hero from all damage, unless it is removed from the field first. It could be thought of as a higher tier Taunt card, and The Four Horsemen at Curse of Naxxramas is an excellent example.

Currently, aggro decks are showing great efficiency in Hearthstone, and this sort of card, perhaps with a two or three mana cost, would help players to respond more quickly against those fast-paced decks.

Are there any players you’re looking forward to or nervous about playing against?

Personally, TidesofTime is the one particularly hard to play against. I was overwhelmed by his skill when I had a match against him at WEC.

If you could make Polymorph turn a minion into something other than a sheep, what would it be?

There is a flying sheep in Warcraft III, and I loved it!

How does one go about making a deal with Ragnaros?

I don’t think you can! However, Ragnaros can be very helpful against certain decks or in a situation where player must eliminate stealth minions on the field immediately.

What are you passionate about outside of Hearthstone and other video games?

Actually, playing games is my major hobby. I have some family members who work in the game industry, and they have influenced me a lot and taught me how to enjoy gaming and play well.