Raise the banners and sound the trumpets—one of Azeroth’s grandest events is almost here. We’re celebrating this exciting occasion with a most GLORIOUS Tavern Brawl: the Grand Tournament Match!

Wednesday’s Grand Tournament Match features a thrilling Brawl between two potent forces. One, led by that mysterious master of magic, Medivh, will be packed with minions eager to heed your call to battle and power up with Inspire. Standing against them will be the mistress of the hunt, Alleria, along with a full cadre of master jousters who are poised to grow mighty with each contest won. 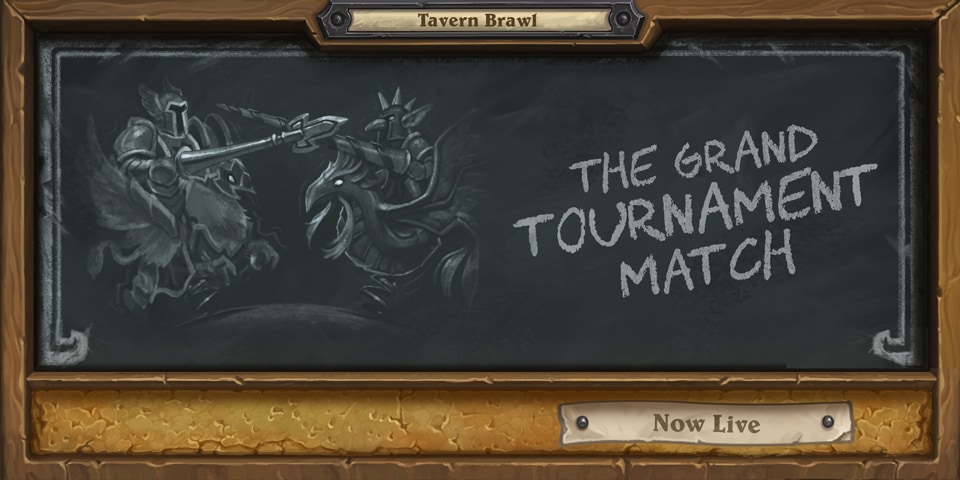 Starting Wednesday, just hop into Hearthstone, select Tavern Brawl, and play the Grand Tournament Match to get a taste of the fun that awaits you in the new expansion. Don’t dawdle, because this Brawl is only here until August 24.