In our little library of loathsomeness, you’ve learned of C’thun’s cruelty, N’Zoth’s nastiness, and Y’Shaarj’s sabotage. We trust that at this point you’ve acquired a taste for forbidden lore, so now we’re serving up some savory Yogg-Saron secrets for you to sink your teeth into!

Careless Whisperer
Yogg-Saron (yog-suh-RAWN) is an Old God of many names, each one of them a mouthful. It’s amassed titles such as The Beast with a Thousand

Maws, That Which Must Not Be Named, The Fiend of a Thousand Faces, and its personal favorite: The God of Death. For a cosmic horror with an identity crisis (and a taste for forbidding and lengthy nicknames), it’s got a real silver tongue. Lots of silver tongues, probably, since its face is mostly gaping, toothy maws. Anyway, finding eternal imprisonment beneath the continent of Northrend to be a bitter pill to swallow, Yogg-Saron used nothing more than its insidious whispers to corrupt its own jailers. It succeeded in turning them against each other before taking control of them, and the prison complex itself.

While Yogg-Saron was staging the slowest prison break in history, its oozing vileness was seeping up all over Northrend, sowing strife wherever it was found. Druids, led by Fandral Staghelm, thought they could halt its spread with a little creative landscaping, but the roots of the World Tree they planted grew deep enough to touch Yogg-Saron’s prison. This monumental misstep* gave Yogg-Saron the opportunity to pry open the door into the Emerald Dream. The tree was destroyed, but not before the seeds of the Emerald Nightmare** were planted by the Old Gods.

Yogg-Saron is hideously good at proving that when you’re up against this mouthy monster, you’ve bitten off more than you can chew. 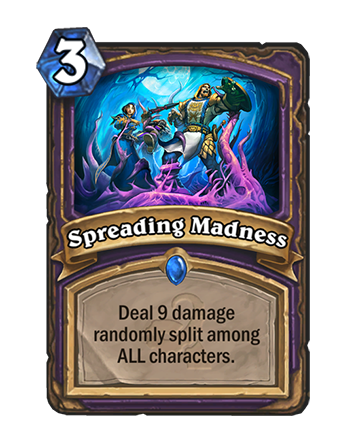 Spreading Madness
Yogg-Saron is just CRAZY for madness, and the insidious power of its whispers easily takes mortal minds one step beyond. Of course, every good (bad?) Warlock knows that if you want to make it through the day, you’ve got to embrace a little trousers-on-head craziness. Who wouldn’t cast a spell like this and say, “Welcome to the house of fun!” 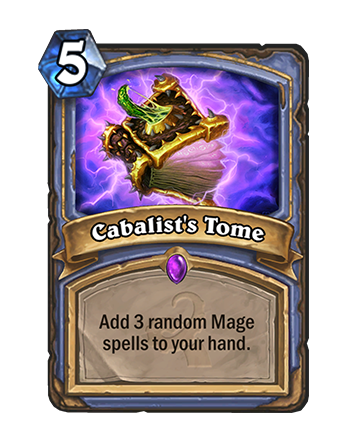 The most populous of those who count among the Old Gods’ mortal servants—including Yogg-Saron’s followers—are the Twilight Cultists. Some speculate that they got that name because they are working to bring about the twilight of the world. The truth is, it’s just a book club that got really, REALLY, out of hand. Their taste in literature is extremely questionable, but their fan fiction is absolutely packed with, uh, “interesting” passages. Bonus: this book licks your thumb for you when it’s time to flip the page!

We hope you’ve enjoyed your exposure to the eldritch awesomeness of the Old Gods! This concludes our brief tour of terror, but Whispers of the Old Gods is lurking ever nearer, so study up and prepare to welcome your new overlords by devouring previously printed Old Gods lore:

The Beast with a Thousand Maws has a lot to say, and it could use your help! Spread Yogg-Saron’s whispers to your friends and followers using the #OldGods hashtag on Twitter and Facebook.