Inside the Mean Streets of Gadgetzan at BlizzCon!

Hearthstone developers Matt Place and Jomaro Kindred dive into what makes the Mean Streets of Gadgetzan so mean at BlizzCon 2016!

The bustling port town of Gadgetzan has ushered in a new era of trade, but the city’s success has led to its unfortunate occupation by some rather unruly denizens, each with their own agendas. Crime families run the streets, each led by a powerful figurehead pulling the strings from the shadows. But what made us choose Gadgetzan as Hearthstone’s next expansion, and why did we give it such a nefarious twist?

Nestled in the desert of Tanaris, the once land-locked goblin town of Gadgetzan was a haven for shady dealings and rule-bending trade, its locals and visitors showing no favoritism toward the Alliance nor the Horde. After the black dragon Deathwing tore apart Tanaris’ landscape with his fury, Gadgetzan suddenly found itself sitting aside the sea, the lucky recipient of an expanse of new beachfront property!

With its new ports, trade boomed in Gadgetzan. The influx of trade stuffed the coffers of those on the ground floor of the development of new Gadgetzan. Everyone who was anyone wanted a piece of the action, using all the tricks up their sleeves to get the upper hand. Organized crime developed as the power struggle began to grow in the now bustling Gadgetzan—it was no longer the sleepy city it once was! 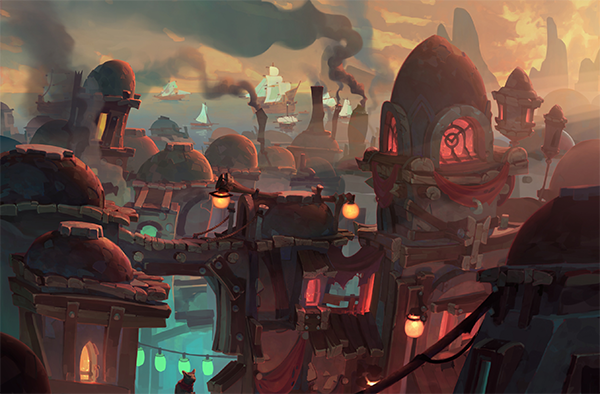 Three distinct crime families came out on top of the power struggle, but as of yet there has been no clear winner. It’s up to you to make new friends (and perhaps a few new enemies) as you make a name for yourself in the Mean Streets of Gadgetzan!

Each one of Gadgetzan’s crime families are associated with three of Hearthstone’s classes. We’ve introduced 9 tri-class cards that break the rules: each can be used by THREE different classes instead of just one to expand deckbuilding possibilities and really make the theme of each crime family stand out. Each family’s boss is also a Legendary tri-class card!

The Grimy Goons specialize in arms dealing and disorganized crime, employing Hunters, Warriors, and Paladins to their aid. They want to be sure they come out on top once they make their big debut on the streets, and they’ll make sure to enforce the Goons’ way of doing things. The brutish ogre, Don Han’cho, leads the Grimy Goons, proving two heads are buffer—and better—than one! 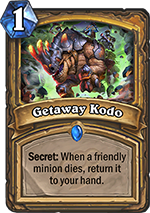 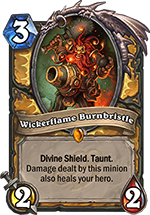 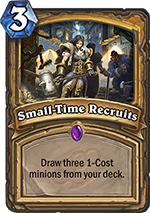 The Kabal’s Priests, Warlocks, and Mages excel in potion making, and they profit off the sale and trade of their mysterious and potent red mana. Whether you’re cooking up something to give you the upper hand or to blow your opponent to smithereens, you can never be quite sure what’s in a Kabalist’s potion vial. The expert mixologist and leader of the Kabal, Kazakus, can even create a custom potion for you on the fly, giving you the edge exactly when you need it. 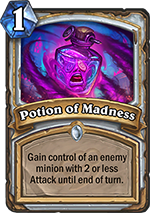 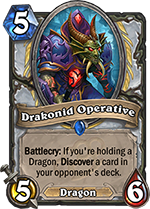 The secret arts of the Jade Lotus come to life through Rogues, Shamans, and Druids. These mystics and assassins lurk in the shadows, waiting for the next unfortunate target to walk down the wrong alley. Utilizing ancient and forbidden arts, the Jade Lotus and their mysterious leader have their own way of taking care of business—efficiently and quietly. Rumor has it they have an even greater secret just waiting to be unearthed . . . 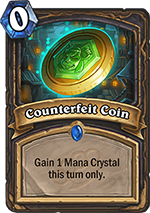 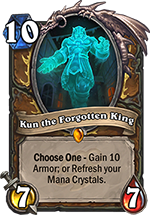 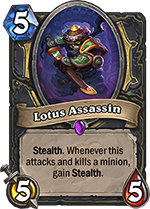 Each of the family’s associated classes have a fun and interesting way to utilize their strengths, making the common themes still feel unique!

Not all of Gadgetzan’s citizens happen to be criminals, or are aligned with the three crime families. One thing that makes Gadgetzan special is that it’s a city of opportunity, and just about anyone can move in and make a name for themselves! 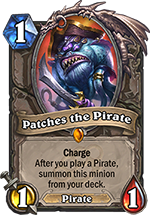 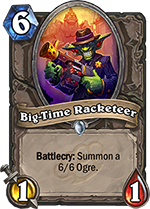 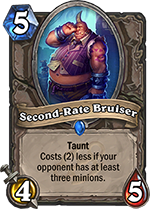 Thanks for joining us for our deep dive into the Mean Streets of Gadgetzan! Starting Monday, November 7, join us on gadgetzan.com to see more cards revealed by content creators around the world and to pre-purchase the expansion before it goes live later this year!