You think you’re big time, kid? You ain’t seen nothing yet! Come take a walk on the Mean Streets of Gadgetzan and I’ll show you who the real bosses are around here.

Listen up, pal. The great big city of Gadgetzan dat you see before you? It started out as a sleepy little desert town and a twinkle in da eye of a few ambitious folks eager to get their stubby little mitts on some coin. It only took a convenient, earth-shattering dragon attack to turn what were a few desert shanties into a bustling seaport, and dat brought in a new era of trade. With trade came money, and with money came power. Don’t fall asleep on me, kid, I’m tryin’ to make a point here!

Whether you’re here to see the sights, sample a few of Gadgetzan’s five star-fire restaurants, or to find a new friend to watch your back, you should know what’s really goin’ on behind da scenes. Walk with me, I’ll show you the sights. Da architecture in this burg is first class! 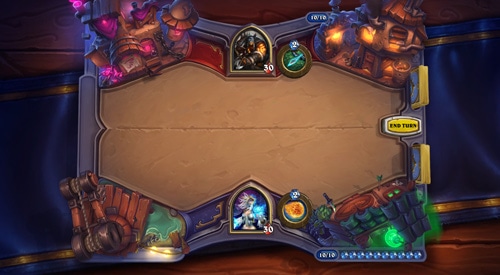 Who Runs the Streets?

Gadgetzan might look all excitin’ and cosmopoli-whateva on the outside—they have done a good job getting you tourists to visit, after all—but it’s also packed with hooligans, brawlers, and assassins down every alley, watching and lurking in the shadows. If the word on the street is true, you’ve made a bit of a name for yourself, and those unsavory characters are gonna want to make sure that you’re on their side or on no side at all, if you catch my drift. Better get to know da crime families that run the streets, and quick. 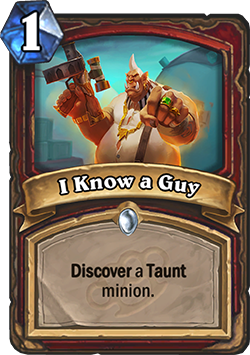 The Grimy Goons sure picked a flattering name for themselves. They’re your gangsters and weapon smugglers, eager to make their coin by equipping Gadgetzan with all sorts of untested and illegal weaponry. They’re easy to pick out of a crowd; you can usually smell ‘em before you see ‘em, but watch out for ill-fitting brown vests and garish orange ties. What they don’t have in brains, they make up with brawn. 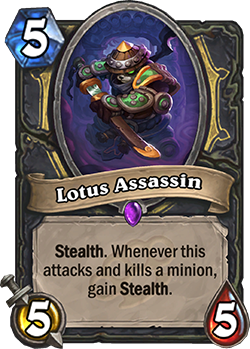 Members of the Jade Lotus family excel in the ancient arts of stealth, assassination, and turning murlocs into finjas. Yeah, I said finjas. Don’t give me that look. I didn’t come up with that name. Rumor has it they’re meddling with some sort of ancestral juju and hitting the local art and relic exhibits—I don’t know how true that is, but I’ll tell you one thing: the statues outside their business are really creepy. 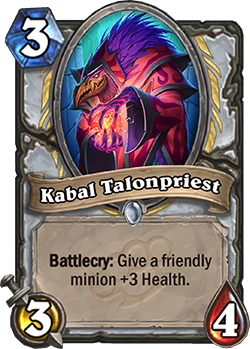 Need some mana quick? The Kabal got you covered. These crazy chemists control the illicit mana trade in Gadgetzan, and there’s never a shortage of magic-users looking for a little extra boost to their latest potent potable or kooky concoction. Just a warning: never drink what they offer you. You may up with a fuzzy coat of wool, or at the very least, a killer headache. Emphasis on the killer. 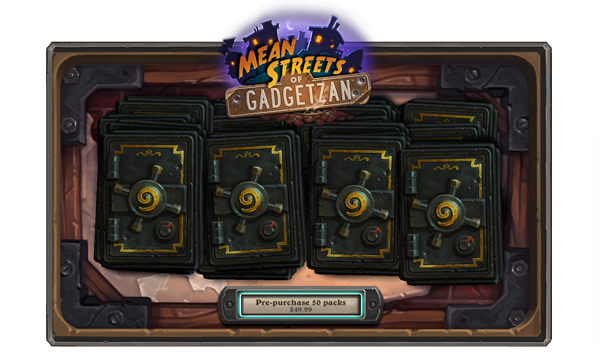 Looking to get ahead of the pack? I can hook you up. Right now, you can pre-purchase a bundle of 50 Mean Streets of Gadgetzan card-packs for $49.99 USD. Don’t worry, my friends at the Bank of Gadgetzan are gonna hold ‘em in their vault for you until the expansion’s official release. It’ll be safe, I promise! Get it? SAFE! I kill me.

Gearin’ Up for Release

Got your buddies waiting for you? Good. You wanna be ready to hit the Mean Streets of Gadgetzan when it comes out for Windows, Mac, iOS, and Android devices later this year. Just to keep you in the know, here’s some other important tidbits of information . . . but you didn’t hear it from me.

The Grimy Goons, the Kabal, and the Jade Lotus are going to show off their best and brightest to try and recruit you to their side. Check out the minions, spells, and weapons each crime family has to offer at gadgetzan.com. I hear they’ve even recruited some other big shots from around the globe to show off some cards.

My ugly goblin mug won’t be posting nothin’, but I’m sure there’s going to be some interesting pictures of Gadgetzan ending up on Facebook and Twitter. Who knows, you may get the attention of some of the big wigs if you use the hashtag #Gadgetzan. That’s when they know you’re in it to win— hashtags mean business. And hit up Talan at his bar if you have time. There’s always new information flowing through there, so I’m sure he’ll have something new to tell you.

Listen bud, it’s been a pleasure, but I got things to do and people to see. The mean streets wait for no one. I’ll see you on the other side, boss.