We knew very early on that dinosaurs would be a huge part of Journey to Un’Goro, but the questions was: “How can we make them unique to this universe?” We started to reimagine our dinosaurs as primal powerhouses that had learned to harness the latent elemental energy of this primal world—dinosaurs that adapted to spew molten lava from their backs or protect themselves with shields of crackling energy. These aren’t your normal dinosaurs . . . they’re dinosaurs powered up! That leads us into today’s topic: Adapt.

Adapt is a new Hearthstone keyword that can be found on many of the dinosaurs in Journey to Un’Goro. When a minion Adapts, the player will be presented with 3 of 10 possible options to buff that minion. Here are all 10 possible adaptations:

The first version of Adapt came about during development of the previous expansion, Mean Streets of Gadgetzan. A concept we had for one of the factions was all about building and upgrading mechanical creations. Whenever a Mech was played, you would get a Spare Part-style card that could give that Mech a new ability. Eventually we simplified the mechanic so that whenever you played a Mech, you could just pick a way to upgrade it. We loved how this played, but at the time we were happy with the Kabal, Jade, and Goon mechanics, and decided to push the idea to a future set. When it came time to brainstorm for Journey to Un’Goro, we came back to this idea of upgraded Mechs and thought it would be perfect for the story we wanted to tell about our dinosaurs.

Near the beginning of Un’Goro, there were around 20 different options for Adapt. Originally we had adaptations that did things like deal damage to other creatures or let a player draw cards, but we felt the story of Adapt was clearer when the expectation was always that it would make the minion itself better. The adaptations that were the most engaging to us were the ones you chose based on the current game scenario rather than adaptations you might pick in any situation.

Minions with abilities like Taunt, Divine Shield, or high attack and health values have a lot of interesting applications on their own. However, a lot of the cards with these attributes are only slotted into deck archetypes that fit with them. You might find cards with Taunt or high health mostly in control archetypes and cards with Divine Shield or high attack mostly in tempo or aggressive archetypes. One of the things we like about Adapt is that it affords you the versatility to make some unusual choices if the situation warrants it. Cards with keywords like Poisonous can create some very interesting board states, but the cards on their own might be too one-dimensional to warrant inclusion in your deck. One of our mechanical goals with Adapt was to take all of these interesting attributes and let players decide when and how to utilize them.

Adapt also shares some similarities with another mechanic we created for League of Explorers: Discover. One of the greatest strengths of Discover is that it creates game scenarios that would never exist if players only had access to cards they put in their deck. Being presented with three random options went a long way in creating new and interesting situations that kept each game experience of Hearthstone fresh and exciting. Our goal with Adapt was to capture that same feeling, but with a set of possible outcomes small enough to allow for strategy and counterplay.

We hope you enjoyed some insight into the development process of Journey to Un’Goro. Now that you know all about how and why Adapt was created, you probably want to see some examples! Here are some of our favorite Adapt cards in the set—we can’t wait for you to try them out soon™. 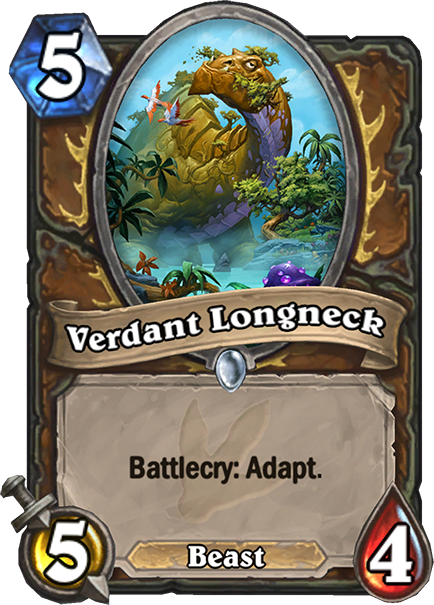 One of the things we like to do with a new mechanic is to provide a card that showcases its simplest form. We felt Druid made the most sense in this circumstance because it provides a good option for Beast decks and at least one other Un’Goro strategy we think you’ll enjoy! 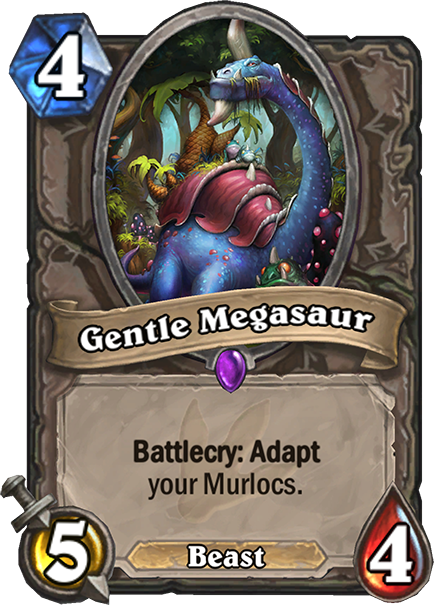 Whenever we make a card that requires you to build a specific deck, it allows us to be a little more generous with its stats than we otherwise would be. This card is meant to be a powerful finishing option for any player willing to turn themselves over to the dark tide. 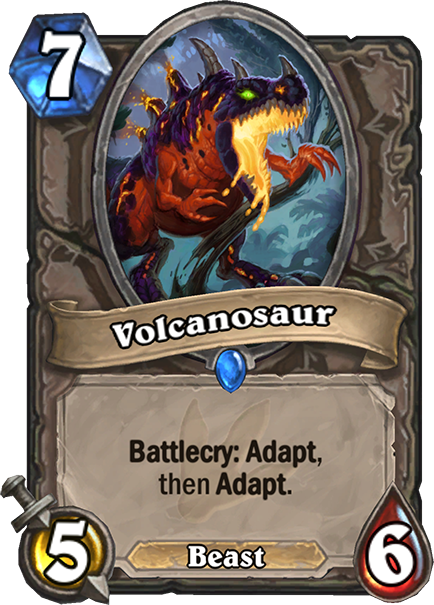 Being able to Adapt twice offers some added consistency to the type of minion you need in any given scenario. Combining defensive adaptations like Taunt and +3 Health might bail you out of a tough spot whereas combining adaptations like Stealth and Windfury might help you create a minion that can finish the game. 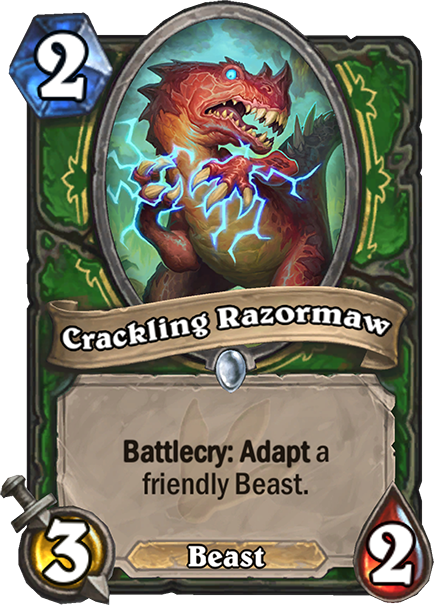 A reasonable minion on its own, Crackling Razormaw can combo with early minions to start snowballing board advantage or work in combination with adaptations like Poisonous for an interesting removal option. 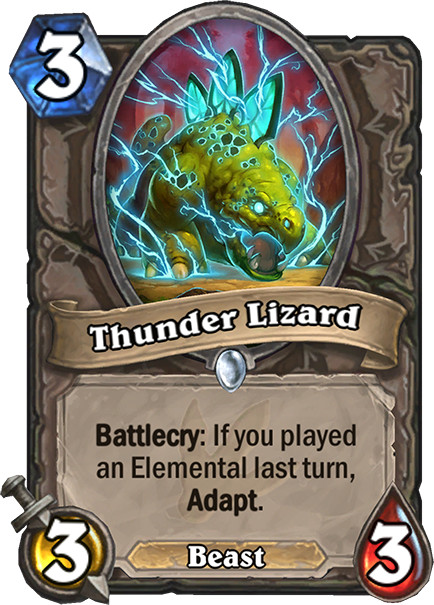 Adapt and Elementals . . . on the same card! We wanted a few good non-elemental cards with the ‘if you played an elemental last turn’ mechanic so it’s not as easy to trigger multiple elemental bonus cards on consecutive turns. While almost any adaptation on this card for turn three is a powerful option, you pay the price of breaking your ‘elemental played last turn’ chain. 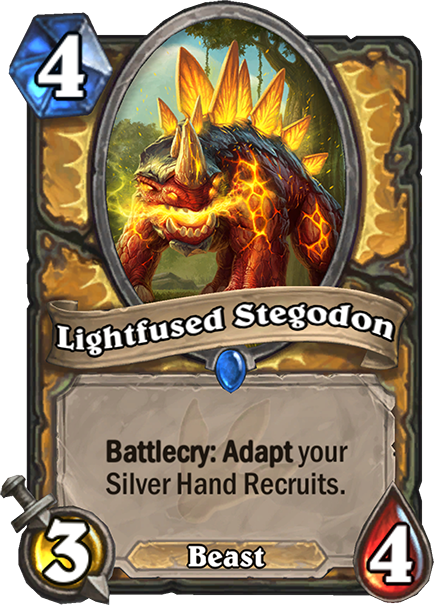 Never before have your Silver Hand Recruits posed such a threat! Most of the time we utilized this card for small advantages in the mid-game, but sometimes the stars align for a double Lightfused Stegodon play in the late game that can result in an enormous damage output from an unexpected source.

We are super excited and can’t wait for you to join us for Journey to Un’Goro in early April!