Hoej played his first match in Shanghai against South Korea’s Hakjun ‘Kranich’ Baek, taking the series with a convincing 3-1 victory—but not all of his results came so easily. Though Hoej triumphed in his first game against North American player Shih-Ming ‘Kuonet’ Kuo, he was subsequently outdone by Kuonet’s array of Jade Druid, Control Mage, and Control Paladin decks. With his group score at 1-1, Hoej faced certain elimination from the tournament in his next game.

On Day 2, Hoej found himself pitted against Kranich once more. Undaunted by two game losses in a row, Kranich fought back and almost managed a reverse sweep, even beating Hoej’s Quest Rogue after Crystal Core was played. Hoej took the series 3-2, finishing up a spectacular mirror match against Kranich’s own Quest Rogue, and secured a spot in the tournament playoffs.

Day 3 saw the remaining players square off in single elimination matches. Hoej first faced off against Australian dark horse Paul ‘CitizenNappa’ Yang, and took the series three games to one after yet another mirror match between their Pirate Warrior decks. Despite CitizenNappa’s best efforts, Hoej built an impenetrable wall of Pirates, and earned himself a spot at the Hearthstone World Championship.

Hoej’s journey was not yet at its end. The next opponent in his path to the Spring Championship was Anthony ‘Ant’ Trevino, much beloved of the North American Hearthstone scene. The winner of their match would move on to the finals—a lot was at stake. Ant had previously played very fast series, so it was an ironic twist that Hoej took the match in a straight 3-0, securing himself a spot in the finals, where he would face the crowd favorite, Aleksandr ‘Kolento’ Malsh. 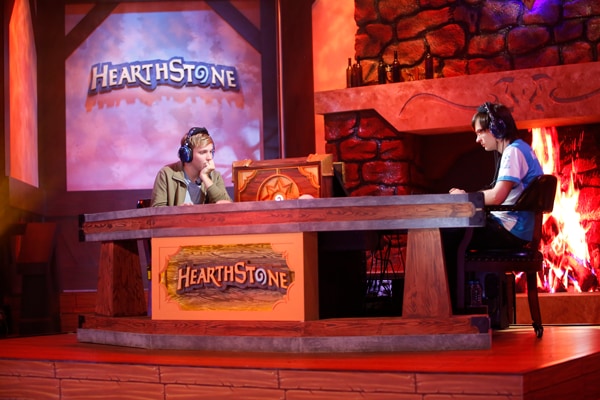 It all came down to this: EU versus EU. Kolento had fought his own epic battles to get to the finals too.  Hoej squared his Mid-Range Murloc Paladin, Pirate Warrior, and Token Shaman decks off against Kolento’s Jade Druid, Quest Rogue, and Token Shaman. This was the first time in the entire tournament that Hoej was fielded his Token Shaman deck.

The first round pitted Hoej’s Paladin against Kolento’s Shaman. Despite the matchup favoring Kolento, he lost after an Emerald Hive Queen was unfortunately brought into play by a Maelstrom Portal on turn 4. With that stymieing his early-to-mid game board buildup, Kolento soon found himself backed into a corner by a full board of Hoej’s murlocs.

Game 2 saw Hoej’s Warrior face Kolento’s Druid. The Danish player kept relentless pressure on Kolento right from his first turn, only allowing him to drop two minions on the board before the game ended.

The third game of the series was a mirror match between the two heavyweight players’ Token Shaman decks. Hoej was wielding his Shaman for the first time that weekend, while Kolento had already brought his into play eight times in Shanghai, making it his second most played deck of the tournament. One would think that Kolento would finally get his comeuppance against Hoej, but it was not to be.

Kolento opened aggressively with a Coin-plus-Hero Power totem, eager to build his board control. Two Flametongue Totems from Hoej cleared his board once, but he fought back again, dropping Dopplegangsters followed by a couple of Pirates and Bloodlust to wrestle control back, or so he thought. Hoej’s board was clear and there were no minions in sight, but Kolento’s HP was already at 1, and Hoej’s hand held a hidden Jade Lightning. The Danish player finished his turn with a flourish, and voila! He was Spring Champion. 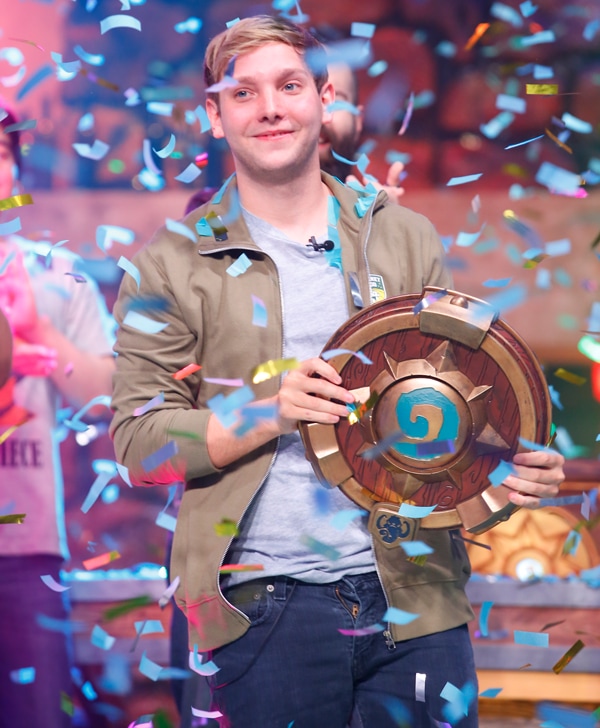