“My main responsibility is to make sure that my team—who actually does all of the hard work of running HCT, HGG, collegiate programs, etc.—have what they need to get their job done. I also spend a lot of time talking to the Hearthstone team and Blizzard leadership about the direction we should take Hearthstone esports. Thinking about where Hearthstone esports is going is really my day job.” 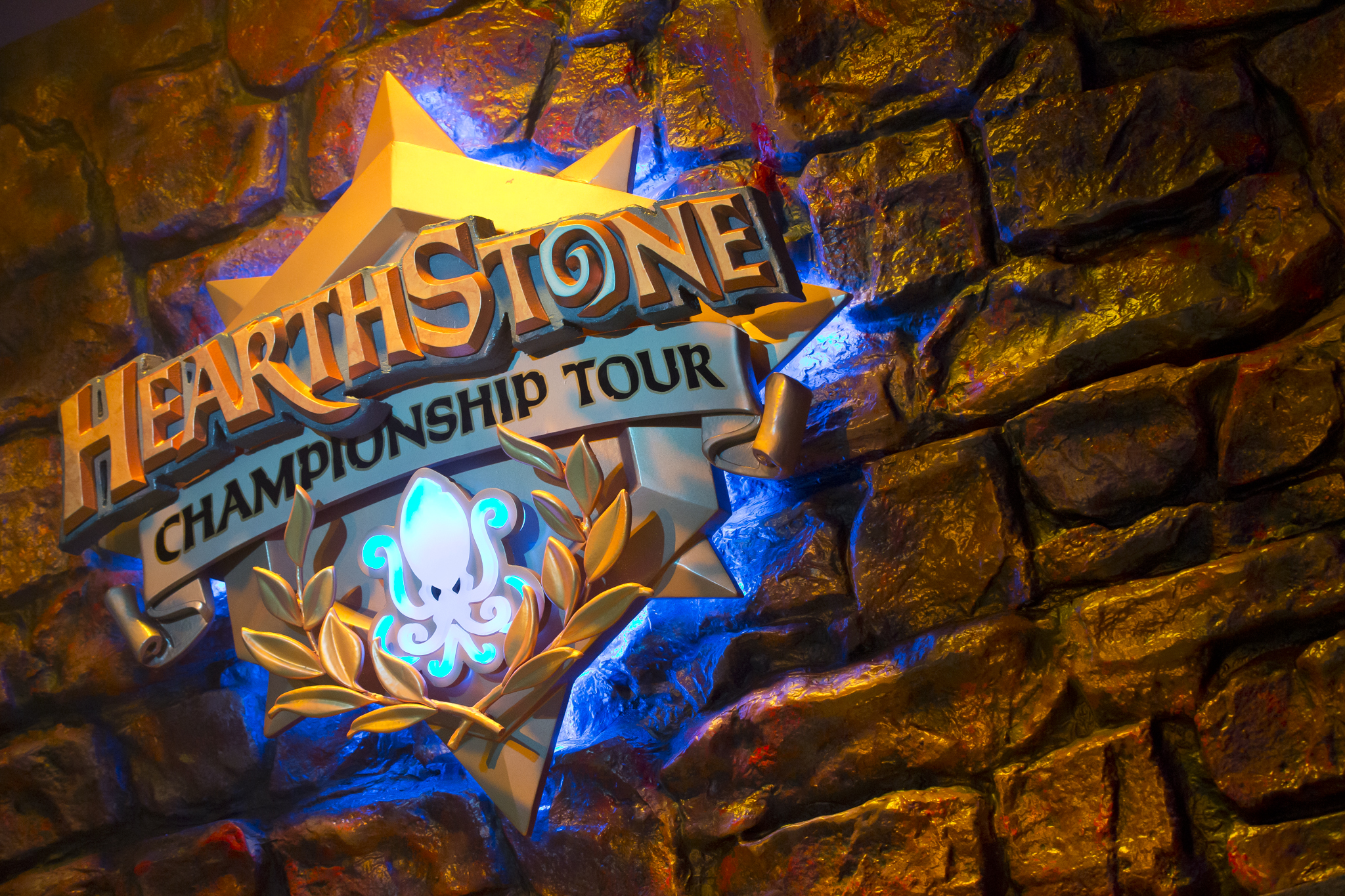 How Many People Make Hearthstone Esports?

"The esport gets a ton of attention, and because of that, a lot of people across the company touch Hearthstone esports to help make it what it is. On my direct team, under Blizzard Esports—we are still hiring [laughs], and we have a link here for you to click on—I have 10 people on my team, and for 2018 we’re looking to find more help.”

Are the Devs Cool?

"We’re very fortunate to have a dev team that is so engaged and hands-on with every element of esports. A lot of what we’ve heard from player feedback and what we’ve seen from data, we’ve taken back to the Hearthstone team, and they’ve taken it to heart. I really love working with a dev team that not only believes in the esport, but actually believes it’s an integral part of the game experience.”

"It’s what we’ve seen over time that we feel makes the game more balanced and competitive. We’re also trying to balance for the viewership experience—a wider class representation makes for a more interesting viewing experience for our audience.” 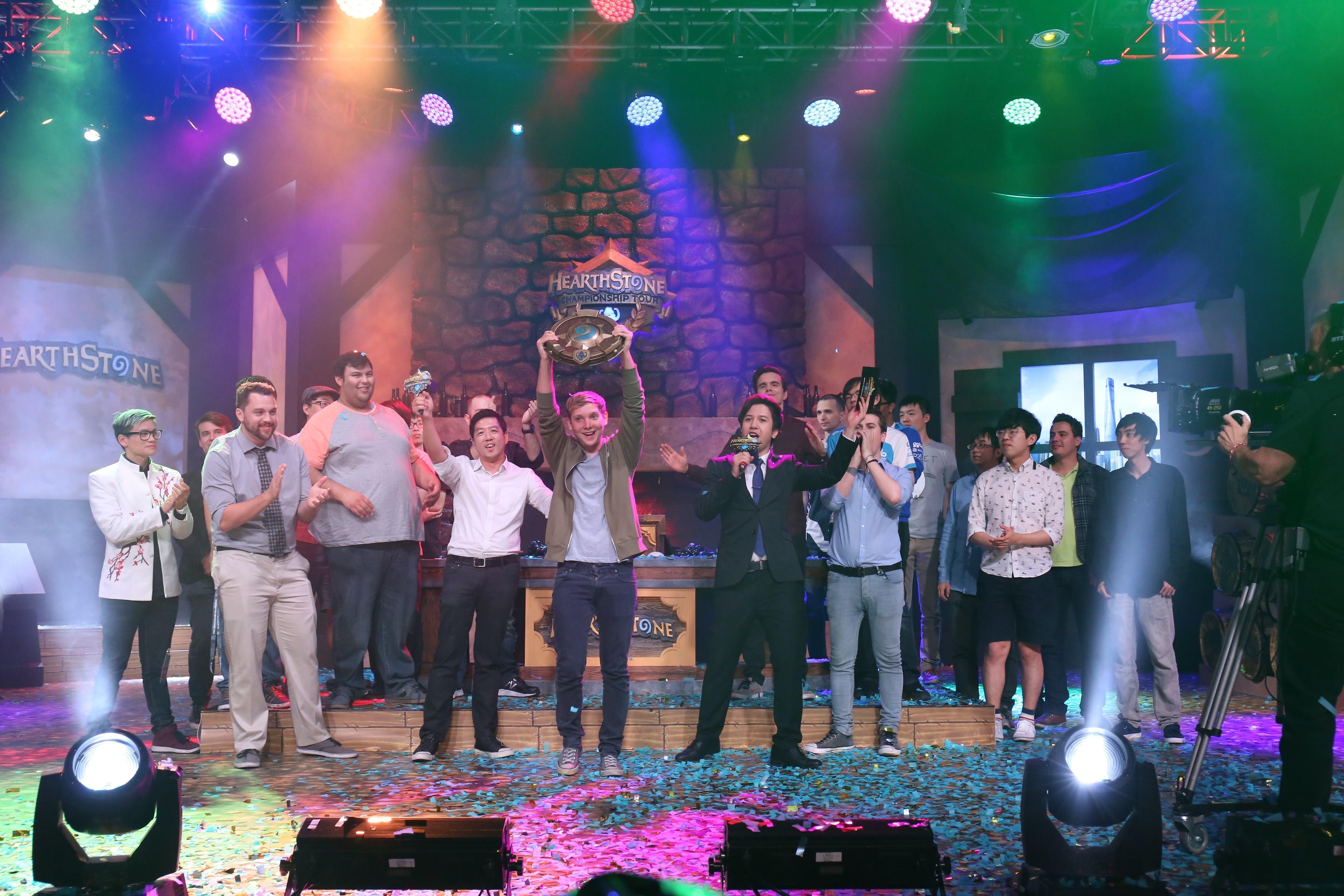 Why Are Deck Lists Public?

“We feel that knowing what your opponent brings to a card battle will allow you to plan your move better. It improves the ability to calculate percentages and play to your outs. We prioritize for skill over entertainment.”

What's Your Favorite Thing About HCT 2017?

That’s been really rewarding—and challenging. Production environments are different from event to event, and not always optimized for a broadcast. You’re also managing hundreds, if not thousands, of people coming to an event. It was awesome to see that people will show up and come hang out to watch for entire days at a time. And when people come to Hearthstone events, they don’t just watch—they also socialize. Fireside Gatherings happen almost organically when people come together."

“There’ve been a few standouts. It was great seeing guys like DrJikininki or DocPwn step into prominence—it’s changed their lives. Similarly, I think about Ant, who has been playing competitively for a while. Finally getting to see him get top four in Shanghai and seeing how that’s changed his life has been amazing. Another awesome story was longtime competitor Hoej—‘good guy Hoej’, who’s been just super-positive in the community and playing a lot—finally get a massive win under his belt in Shanghai, beating out the likes of Kolento. Most recently, seeing the rise of Japan has been really exciting. To see in Asia that we could have a foil to South Korea coming out of Japan is super awesome.

Another big highlight for me was the HGG finals at gamescom, and seeing firsthand the fervor of the nation-based competition. Seeing people in Germany show up to root for South Korea because they’re South Korean just gave me the Olympics chill, a little bit. I really love how it turned out this year.”

“We’re really excited that Blizzard has created an official home for esports in the Blizzard Arena Los Angeles. It allows us to create a lot more content for Hearthstone. We’re excited about the space—it’s important for Blizzard esports.
One thing I really liked about HCT this year—and I think we could do a lot more with next year—is how many people turned out to Majors around the world. We really love the fact that it keeps Hearthstone global. I feel that offline, face-to-face, organized social play is the way to go for the esport, and for next year, I want to invest a lot more in the HCT Major circuit.”

Join us this weekend at Blizzard Arena Los Angeles for the HCT Summer Championship, and let us know what you’ve enjoyed most about Hearthstone esports in 2017 in the comments.