A Mammoth of a Year Has Crowned a New Hearthstone World Champion!

A ray of sunshine brightened up a long line of people waiting eagerly outside the Beurs van Berlage in Amsterdam. Hours before the Hearthstone Championship Tour (HCT) World Championship’s fourth day, attendees had queued up in front of the main stage area. “I don’t mind being here early, I just want to play with my friends and watch the games,” one waiting guest says. It’s abundantly clear: this crowd craves Hearthstone action.

Before the much-anticipated semifinals and grand final, visitors entertained themselves playing in side tournaments. The hall buzzed as decks were eliminated, apparel was won, and jokes were cracked. Over in the theater, video of previous days’ matches rolled, ensuring the audience was fully prepared for the final day.

When the main stage area opened its doors, the crowd rushed forward to obtain the perfect spot to cheer from. Within minutes, the hall could barely contain anyone else, and the semifinals began. 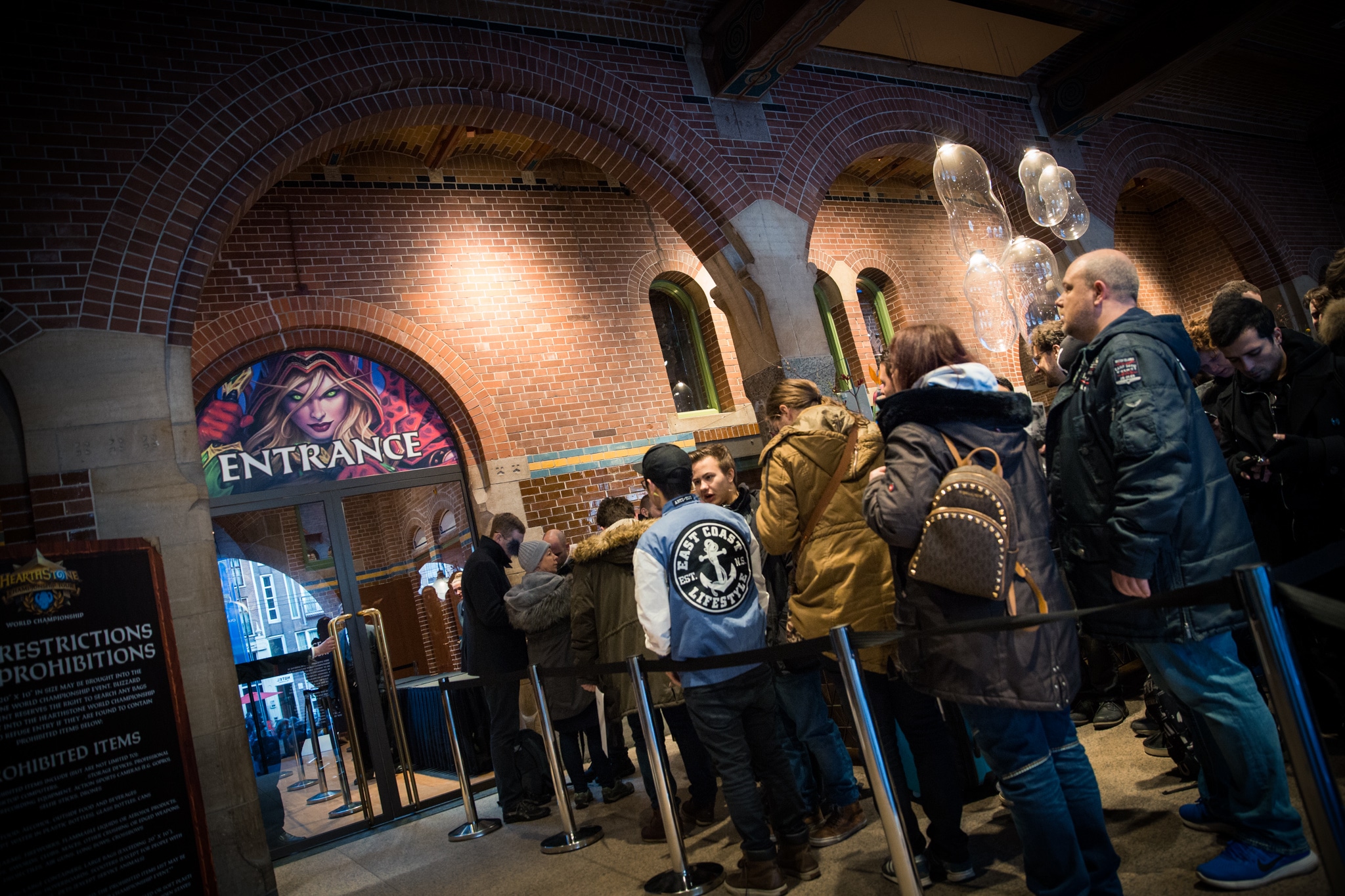 The audience rose up as Frank “Fr0zen” Zhang and Jason “JasonZhou” Zhou entered the arena, both determined to eliminate their opponent. With Fr0zen’s incredibly powerful Big Spell Mage banned, he opened with his Cube Warlock deck—which struggled against JasonZhou’s Tempo Rogue. As the Rogue kept piling on pressure, Fr0zen ran out of removal options, and JasonZhou took the lead.

Unfazed by the early loss, Fr0zen managed to bring the series to a fifth game. Once more, his Cube Warlock deck had to face an aggressive deck— the Aggro Druid JasonZhou had brought. With both players focused and the audience watching breathlessly, Fr0zen dropped to just 2 Health. JasonZhou desperately tried to find the remaining damage using Living Mana, but Fr0zen’s removal sealed the deal, and he advanced to the grand final.

A clash of the East followed in the second semifinal between Jung-Soo “Surrender” Kim and Chen “tom60229” Wei Lin. Surrender initiated the offense with his Tempo Rogue, whilst tom60229 tried to fend off the incoming damage using his Jade Druid. The Druid’s mana acceleration granted tom60229 access to much needed answers soon enough.

The match ended with a tense faceoff between Surrender’s Highlander Priest and tom60229’s Tempo Rogue. Two applications of Prince Keleseth’s Battlecry effect had Surrender on his back foot the entire game, but—utilizing all the tools at his disposal—he tried his best to clear the board and stabilize the game. It proved insufficient, and tom60229 chipped away Surrender’s last remaining health.

With a clash of epic proportion looming, the audience was split on who would take it all. “I love the Big Spell Mage Fr0zen brought,” one guest explains. “When all the decks for the HCT World Championship were released I tried all of them, and Fr0zen’s decks worked best for me. I think he takes it!” 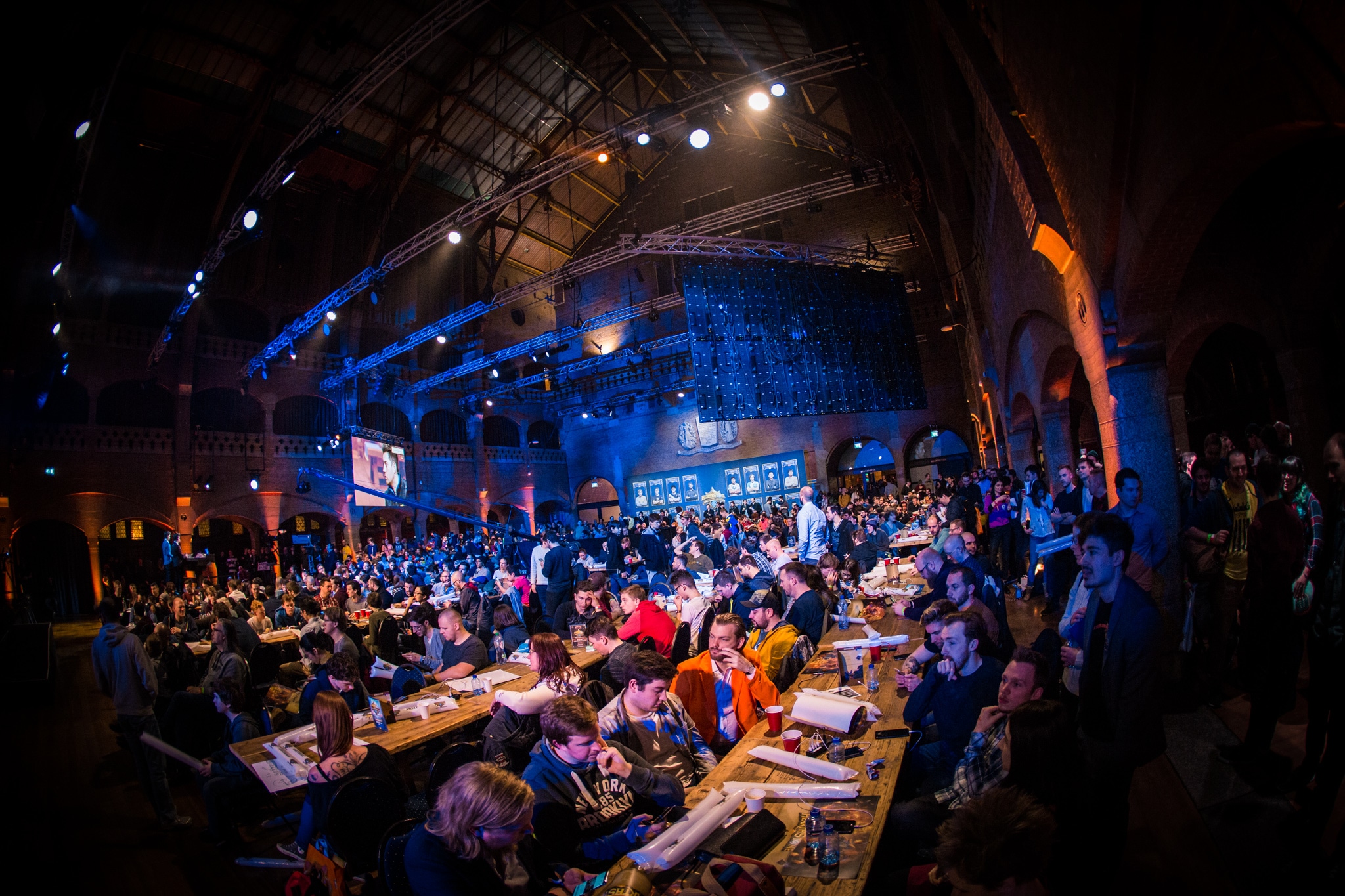 It was not too hard to find tom60229 supporters either, though. A couple of German fans held up signs reading, “Tom is the bomb” and, “60229% faith!”. When asked what made them fans of tom60229, one responded: “We love his timidity, and he’s been playing for so long already. He deserves it.”

Explosive applause welcoming the finalists sent trembles across the building. Fr0zen and tom60229 sat down, put on their headphones, and entered the final battle.

Right off the bat, the finalists had the audience on the edge of their seats. Fr0zen’s Big Spell Mage took on tom60229’s Jade Druid, but as the Jade Golems grew larger, Fr0zen ran out of removal options—the situation becoming increasingly dire with every turn. Using a timely Skulking Geist, Fr0zen deleted most of tom60229’s deck, stabilizing and forcing tom60229 to concede.

The opening game signaled how close the rest of the series would be. As befitting a clash between two Hearthstone players of such caliber, a fifth game between Fr0zen’s Jade Druid and tom60229’s slightly different Jade Druid would decide it all. The key moment occurred before even a single card was played, and surprised casters and visitors alike—tom60229 kept Ultimate Infestation in his opening hand, hoping to play it before Fr0zen did. The gamble paid off, and—with a lead on the board, in hand, and in Health—tom60229 watched as Fr0zen conceded the game, and tom60229 was crowned Hearthstone World Champion! 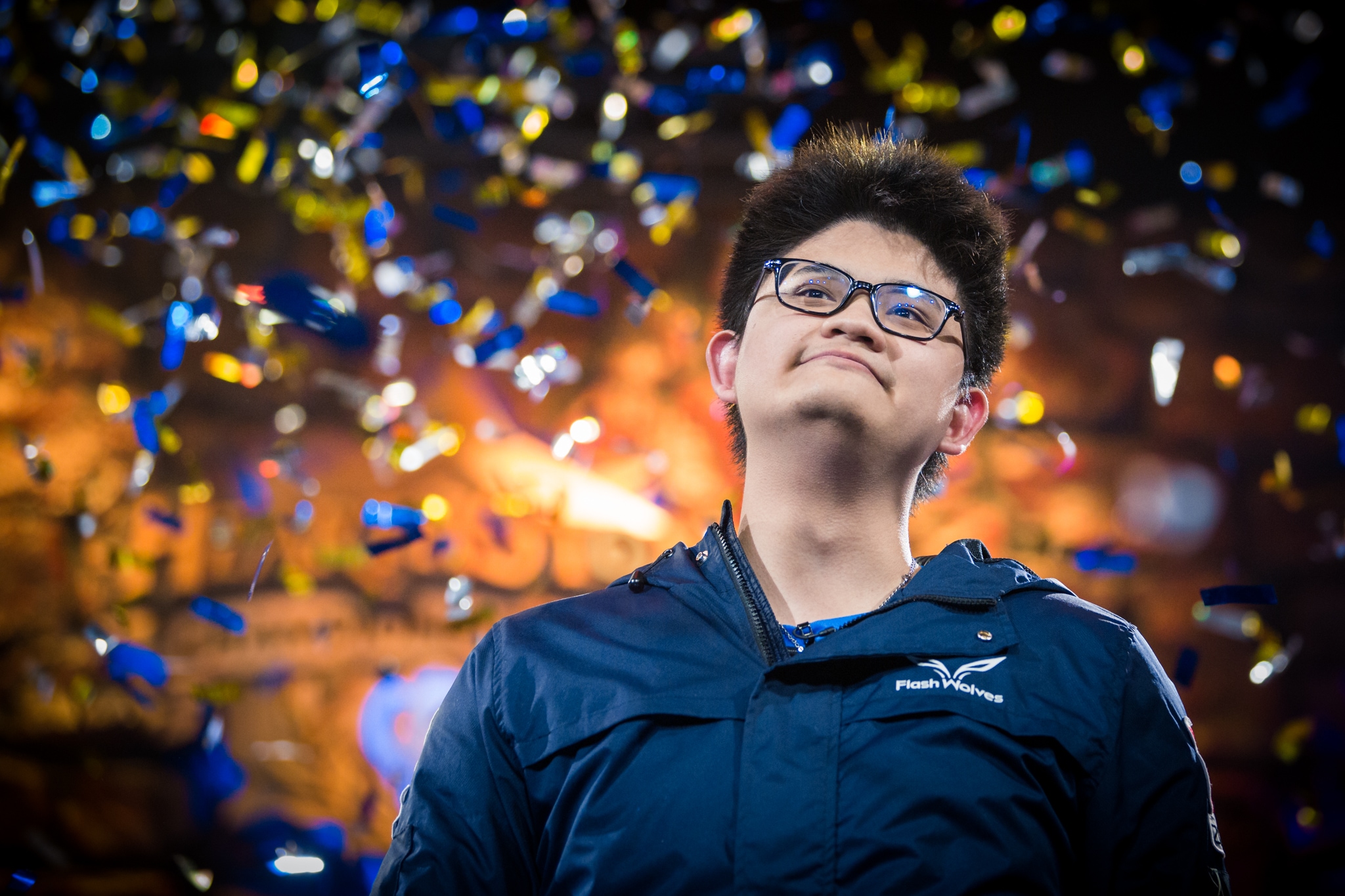 After receiving a standing ovation from the crowd and holding his trophy high, the first world champion hailing from the Asia-Pacific region reflected on the final match. “I didn’t feel in top shape today, but I couldn’t feel better now,” tom60229 said, glowing with pride.  “When I was down 0-2, I thought it was over. But when I managed to bring it back to a fifth game, I had regained full confidence.”

As the day ended, fans lined up to take a picture with their new hero. Four days of outstanding Hearthstone play, witnessed from all over the world, marked the end of HCT for 2017.

Congratulations once again to tom60229! Thanks for joining us for four incredible days of some of the best Hearthstone of all time. What were your favorite moments from the event? Let us know in the comments.