Confirm You Are a Robot 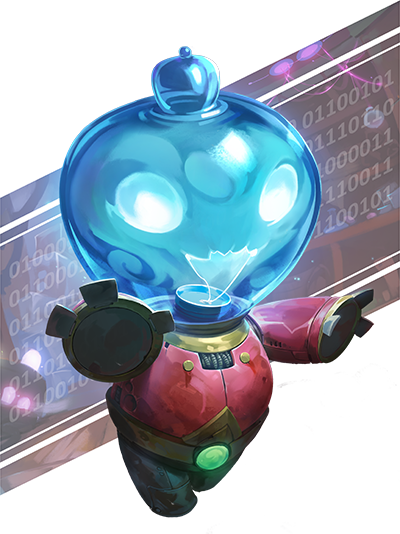 >>Dr_Boom.exe: LUM1, be a good Mech and get a Boomsday Project status report from Kangor and Rotspring. And make sure that Flark hasn’t blown up his workshop again. That kid reminds me of myself when I was younger.

>>Oh, and while you’re down there don’t forget to tell Kangor that Zilliax has been actin’ weird. Can’t have my bodyguard gettin’ delusions of grandeur. That’s MY job. 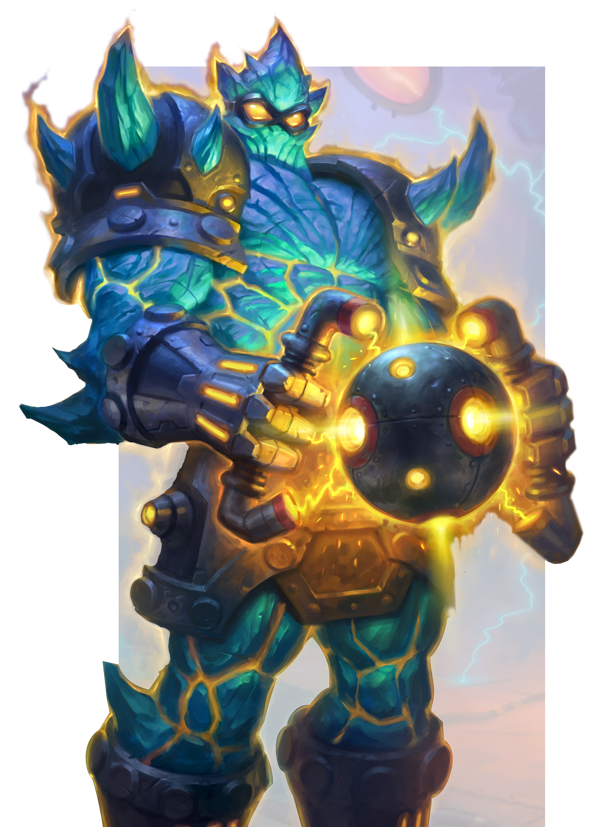 Ah! Hello my child. It is always good to see a fellow inorganic sentience. What brings you to brighten my doorstep?

I would be delighted to shed some light on my work for the good Dr. Boom!

Observe the crystal arrays in my laboratory. That’s no ordinary light they are channeling. It’s Light. THE Light. The least understood and most powerful energy source in the known universe. An object of fascination and devotion. Instrumental in shaping and saving whole civilizations. A power that is eternal, immense, and immeasurable.

But what if we could amplify it? Enhance it? Focus it. What could we accomplish then?

I will illuminate you: LASERS! Holy lasers! 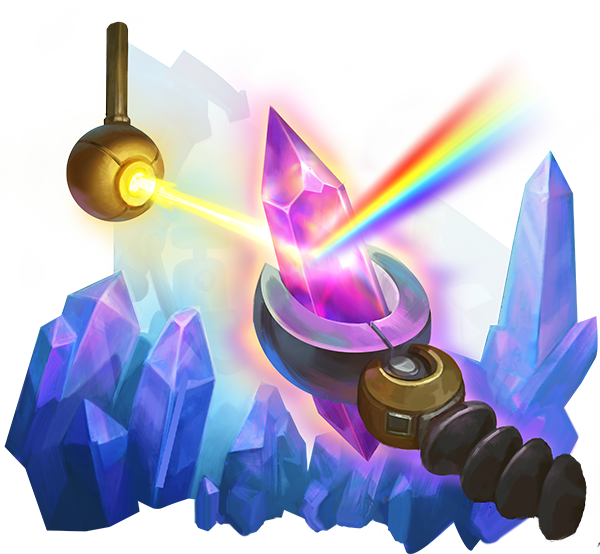 They don’t just make holes. Certainly, in the wrong hands they could have vast destructive potential, but who would do such a thing? 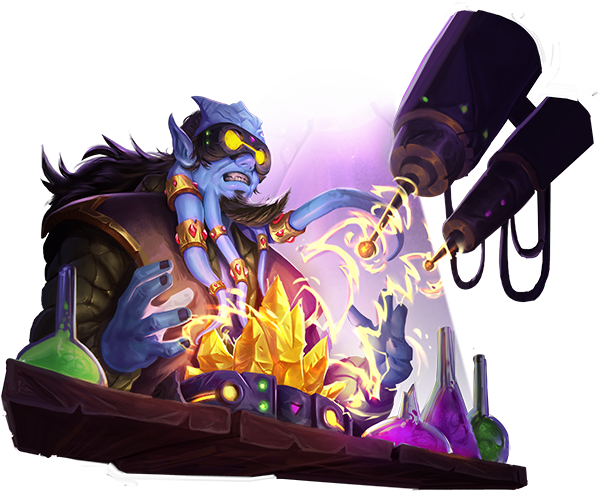 With the correct crystal harmonics, we can create arcano-electro-cerebrums that are far faster and more intelligent than organic beings can imagine! Artificial LIFE, unbound by the mortality that plagues fleshly beings! I have a vision of the future—a vast society of Mechs that are smarter and stronger than any organic, and as eternal as the Light that powers them. Perfect. Precise. United! A bright future, made possible by my lasers. 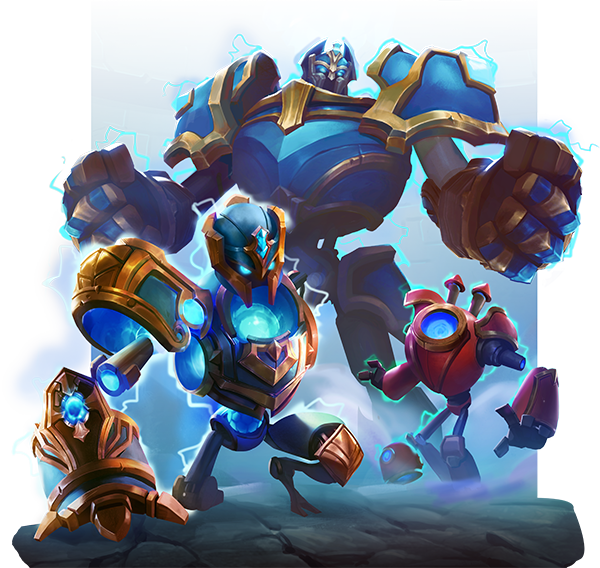 Of course! Where do you think the crystals Zilliax bears came from? Who do you think designed the crystals in your arcano-electro-cerebrum? In fact, I just developed an upgrade, and you’ll receive the very first one.

What is this—a control unit? Unacceptable! Who would want to inhibit your higher processes? I’ll just remove that and add a subroutine so you can upgrade your friends too.

There. All better! Now, where are you off to next, little one?

Flark? Hmph. Then you’ll need this. 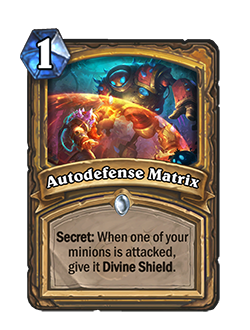 Another checkup, huh? The big boss man couldn’t come down here himself, eh? Too good to mingle with the little guys, eh? 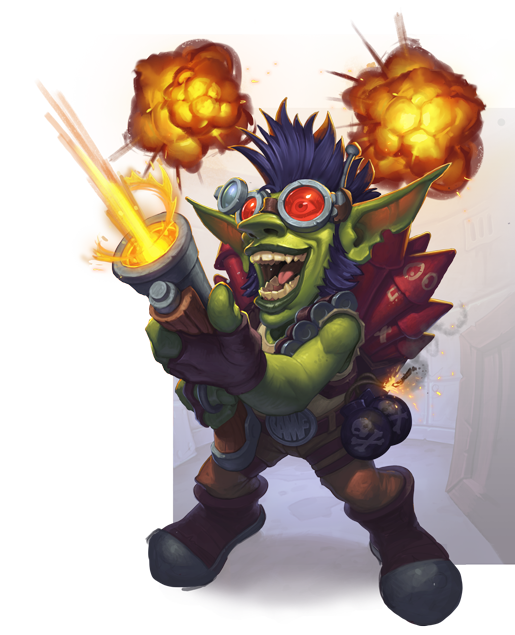 Here. Hold this for a sec.

Aw, c’mon. It was funny! Plus that shield kept you in one piece. Oh, speaking of pieces, you should see the look on the face-plate of the last bot I played that joke on! It might still be lying around here somewhere. . . .

Scientist? I’m no scientist, spark plug. I’m an engineer and proud of it. There ain’t no theories or hypotenuses going on in the Boomatorium. Everything I work on is practical. And loud, heh heh. 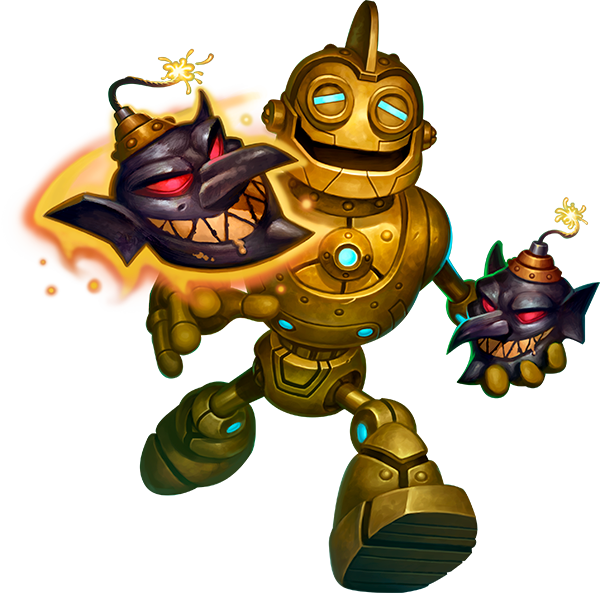 Bombs!? Please, I prefer the term “fireworks”. My work brings joy, AND huge explosions, to everybody. Oh, and not just explosions! Fireworks can do a lot before they blow up, y’know. Imagine the possibilities of rockets in public transit! Get a load of this! I call it the Boomzooka! You just load up the passengers here, light the fuse, and then they zoom outta there at high velocity! THEN they explode. Still workin’ on that part. I mean, sure, it’s got pizzazz but nobody’ll use the Boomzooka if they don’t survive the trip. 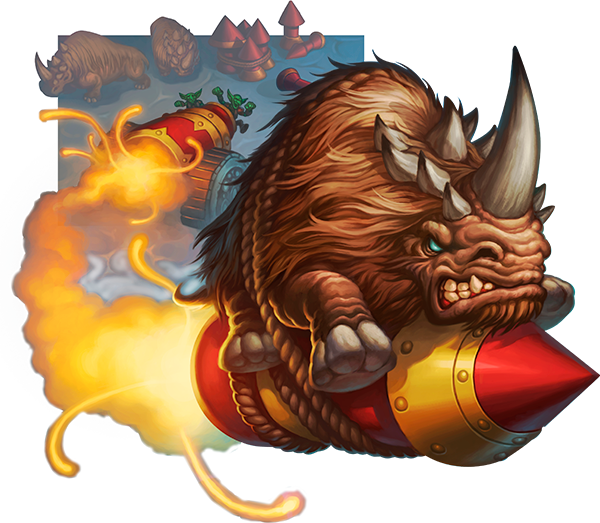 Fine, fine. You go tell your sell-out of a boss I need somebody else to gimme a hand, then. Oh, and another thousand kilos of thorium, seaforium, and saronite, some mana crystals, a case of Kaza Kola. . . and a sandwich. Extra peppers. 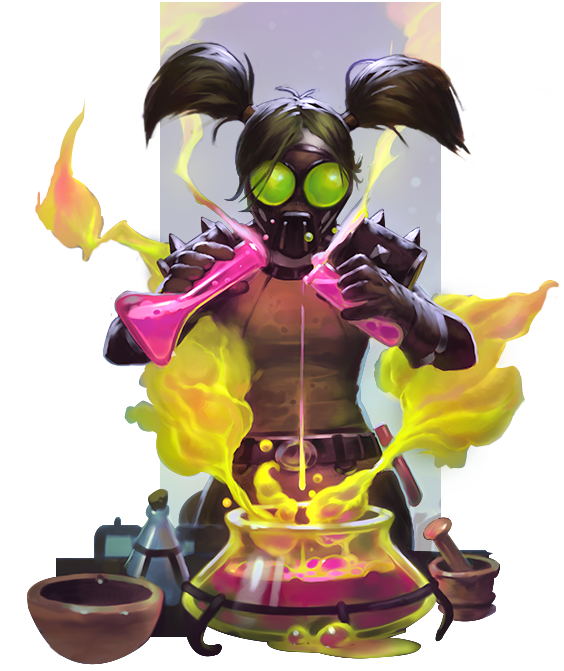 Yes, yes. You came from Flark’s shack of a workshop, didn’t you? You reek of explosives. And those abominable peppers.

You’re here for yet another status update, no? No need to explain—it’s obvious. Dr. Boom should come examine my experiments for himself some time. What’s the worst that could happen? I’m dead, and it doesn’t bother me at all.

It’s a new element! I must conduct more experiments to divine its true nature, but I suspect that it is an elementary particle of death itself. It’s surprisingly versatile—I can already see so many applications: weapons, poisons, more weapons, toothpaste, artificial flavorings, undergarments, dietary supplements, clocks with alarms that go off only when your “time is up”. The possibilities are endless. 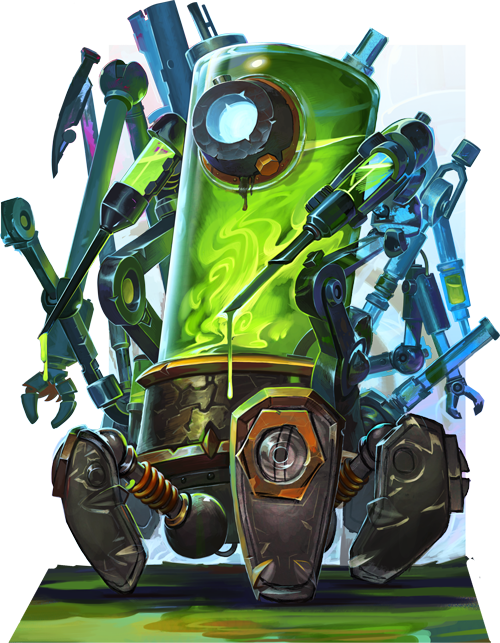 THERE’S NO PROBLEM! Well, there is a small problem. It’s unstable. Terribly, terribly unstable. At the best of times it’s a tricky element that can warp the mind. Hands-on research is the most efficient, but when exposed to the raw element, my assistants age through their entire lives in the blink of an eye—and they aren’t even courteous enough to get up again after they expire. It’s exasperating! Working alone has been slowing my research tremendously. 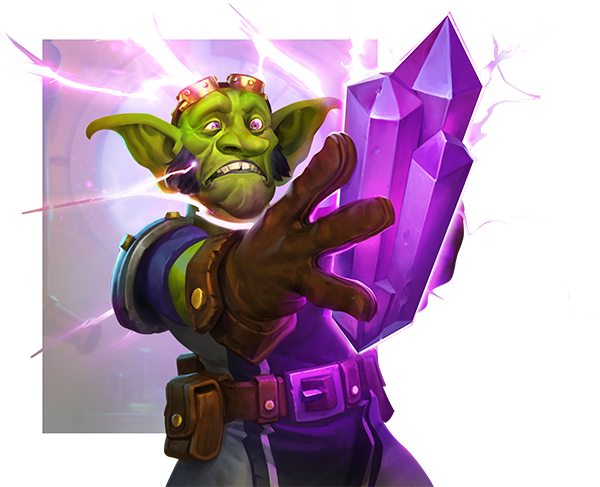 Of course! That’s the answer! Keep them alive! Why didn’t I think of that? Tell Boom to send me another assistant as soon as he can.