After spending his whole life training in preparation, Rikkar had finally reached his goal: Rastakhan’s Rumble, the most legendary gladiatorial display in all of troll history. Which was great! He’d been forced to take one of the worst seats in the house, right by the lofty heights of the announcer’s tower, which was very not great. 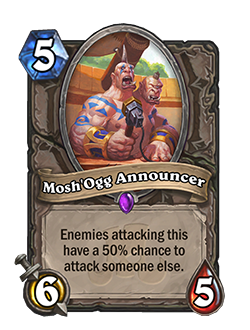 Yearning burned in Rikkar’s heart like a raging dragonhawk. He longed to be down in the arena with his idols, the legendary loa and champions of the Rumble—not sharing a cloud bank with the two-headed Ogre announcer, so high up that he could almost reach out and touch the passing zeppelins.

As the booming voice of the announcer proclaimed the beginning of opening ceremonies, the teams marched into the arena. Rikkar was running out of time—there had to be something he could do! He pored over the team posters plastered on the tower, wracking his brain for inspiration. 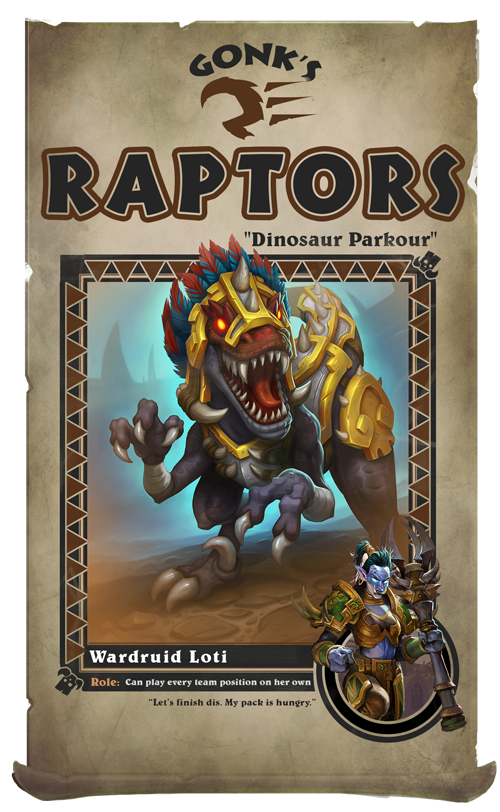 Rikkar thought Gonk and Wardruid Loti were examples of inspiring contrast. Gonk was one of the oldest loa, and Loti one of the younger competitors in the Rumble (not to mention an advisor to King Rastakhan! And one of the most talented shapeshifters in the world!), but the two of them joined forces to open the door for young Zandalari trolls to become Druids. Loti was the inspiring leader to a pack of howling, dinosaur-jumping lunatics. Maybe he could use that! 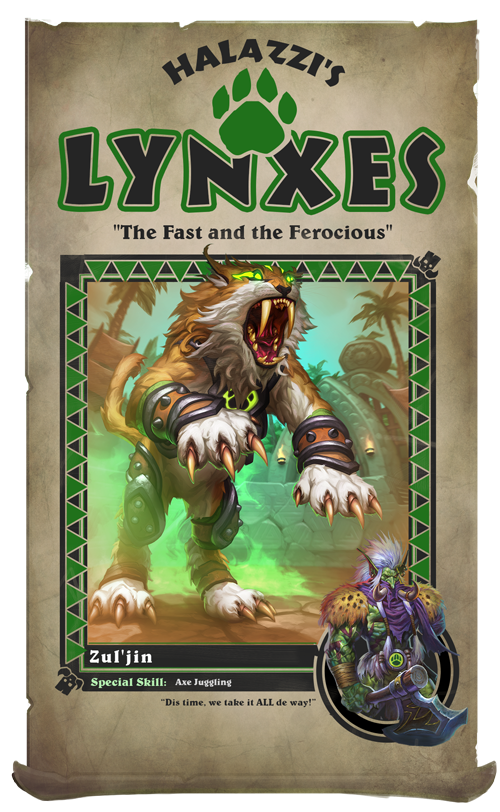 Rikkar sympathized with Zul’jin. They had a surprising amount in common: they were both passionate, indomitable, and hungry for victory that always seemed just out of reach. Zul’jin never gave up fighting for the Amani empire, no matter how bad the odds. Or losing major pieces of his anatomy. If Zul’jin could keep fighting with one eye and one arm, how could Rikkar give up now, with two eyes and two whole arms? 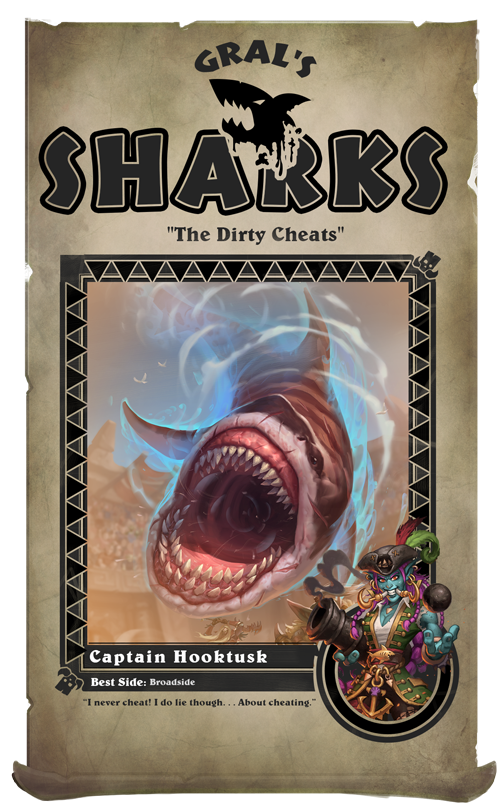 Gral was not a subtle Loa. When he wanted something, he went for it, full force. He was a natural match for Captain Hooktusk and the bloodthirsty band of buccaneers she called a Rumble team. When it came to the Sharks, ruthless was a euphemism. They never played by the rules. Sometimes they’d even make up rules just for the pleasure of breaking them. Just before they broke their opponents.

Rikkar had the spark of an idea. Rastakhan’s Rumble had no rules!

He leapt into the announcer’s box, and before the ogre could react, Rikkar snatched the mic from his ham-sized fist, leaving both of the ogre’s faces goggling.

Miraculously, the crowd fell silent as Rikkar’s voice echoed across the arena, “I am Rikkar! I got no tribe, no village, and no Loa. My whole life has been lived for dis moment. Da Rumble is my tribe! Dis arena will be my home! And I claim kinship with all de Loa of the Rumble! I challenge you. I challenge all of you!”

Shocked silence stretched for what felt like an eternity. 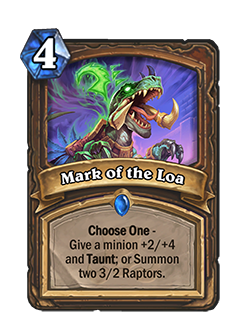 Outrage erupted in the arena, as the crowd and competitors alike protested Rikkar’s challenge. With her golden fur gleaming in the sun, Shirvallah the Tiger stepped forward and spoke, her voice ringing out for all to hear, “The boy is right. There is no rule, and he has a mighty heart. He claims us as his Loa, and I claim him in return. I grant him my blessing to fight with the Tigers.”

Not to be outdone (or miss a potential advantage), Hir’eek fluttered through the air and shrieked, “This one is ruthless. He will fight with the Bats, not your pathetic kittens, Shirvallah!”

One by one the other loa voiced their support, all urging Rikkar to fight alongside their teams. Rikkar could barely comprehend what had happened: he had the blessing of all nine Loa. He would finally get a chance to prove himself fighting for glory in Rastakhan’s Rumble!

The ogre announcer chuckled as he retrieved the mic. One of his heads rumbled, “Bold move, but looks like it worked out.” The other said, “Go get ‘em, kid. We’ll be rootin’ for ya.”

Rikkar beamed, tears of joy in his eyes. He couldn’t wait.

To be continued in Rumble Run, December 13