The Curse of Hakkar is Upon Us All!

A riotous bunch of gladiators have been living it up with the loa in Gurubashi Arena since Rastakhan’s Rumble began. . . but not everyone has been overjoyed with the glory that has been heaped upon the other loa. You see, before the rise of the Zandalari Empire and King Rastakhan, Gurubashi once belonged to a very different kind of loa. A darker loa. . . . 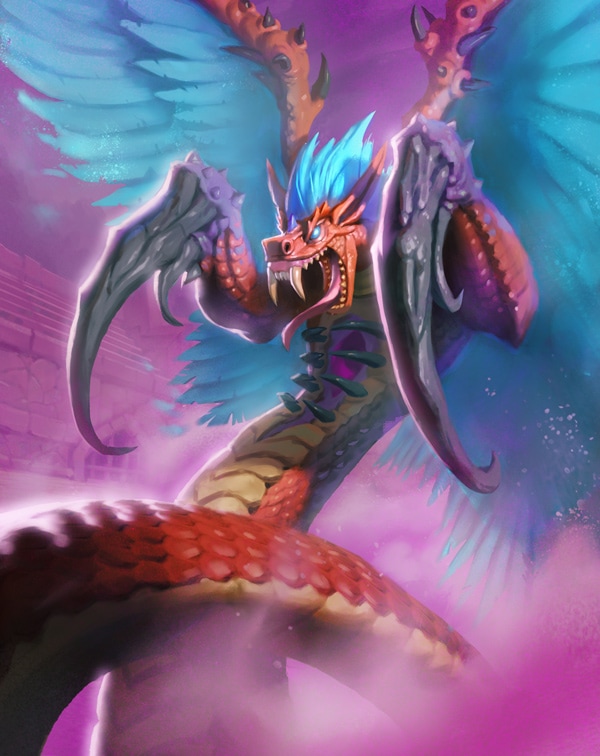 Oh yes, Hakkar has dabbled in Rastakhan’s little game—but in his dark heart he dreams of a return to the glory days, when every sacrifice in Gurubashi Arena was made in his honor and he ruled over the Gurubashi Empire with cursed blood and an iron fist! Er, scythey-claw-hand-thing!

Soon Hakkar’s name will be on every gladiator’s lips, because his curse has been unleashed on Rastakhan’s Rumble!

A small number of rumblers have already been marked by Hakkar’s curse. And if you should encounter them while playing Hearthstone, the curse will spread to you—in the form of the Mark of Hakkar card back!

When you play against another player while using the Mark of Hakkar card back, it will spread to them, and so on, and so on—FOREVER!

How fast will Hakkar’s curse spread? How long until EVERY player in the Tavern is afflicted? That is up to you!

See you in the Tavern. Muahahahaha!