Jia “Jia” Dee’s hands were shaking as she sat onstage at the World Showdown of Esports (WSOE), an all-woman Hearthstone tournament that took place last month in Manhattan Beach, California. A tremor or two is common for competitors in the spotlight, but a little out-of-character for a Hearthstone caster like Jia, who possesses a natural talent for performing in front of crowds.

“As I won more, I started to focus more,” Jia said. “There are so many things to think about, like probabilities of your opponent having a certain card, what cards you've already drawn, your win condition… I think devoting all my mental space to that helped me forget about being on camera, and I was able to play well because of it.”

Jia did a lot more than “play well,” of course—she won the whole thing. “It was honestly such a huge confidence boost,” she said. “As a caster we don't get many opportunities to compete, and because of that people don't necessarily know how much credibility we have.”

WSOE was about more than just caster cred for Jia and the rest of the competitors, though. “Winning an all-female tournament was also great,” she said. “Not the fact that I won, but the fact that I participated and the fact that the event exists. There are a lot of talented women players in Hearthstone, and it's great that we had this kind of event that was marketed so well and done so well, because it is kind of a sensitive topic.”

“There is a really big issue right now about women in esports,” Jia continued. “I think that we lack a lot of representation. I think It's still a big fight before women are, at the very least, not an abnormality. Events like WSOE, which highlight women competitors and give us a platform where we're not treated as a novelty, are really great.”

Jia was born and raised in Manila, the capital of the Philippines, where she grew up speaking both English and Filipino. When she was six years old, she began learning how to play the piano. She was trained in classical at first, but it tested her patience. Nowadays she mostly plays covers of pop songs, and she can do so by ear if the tune is simple enough.

The month she graduated from high school, a friend introduced her to a delightful digital card battler by the name of Hearthstone. After just two weeks in the tavern, she was beating that same friend handily. “I thought, ‘I’m pretty good at this,’” Jia said. “So I just kept at it.”

As she pursued a degree in molecular biology at the University of the Philippines Diliman, Jia also upgraded her knowledge of Hearthstone. She dove headfirst into casting large-scale events in the Asia-Pacific region, including multiple majors, invitationals, and a handful of Hearthstone Championship Tour (HCT) Tour Stops. 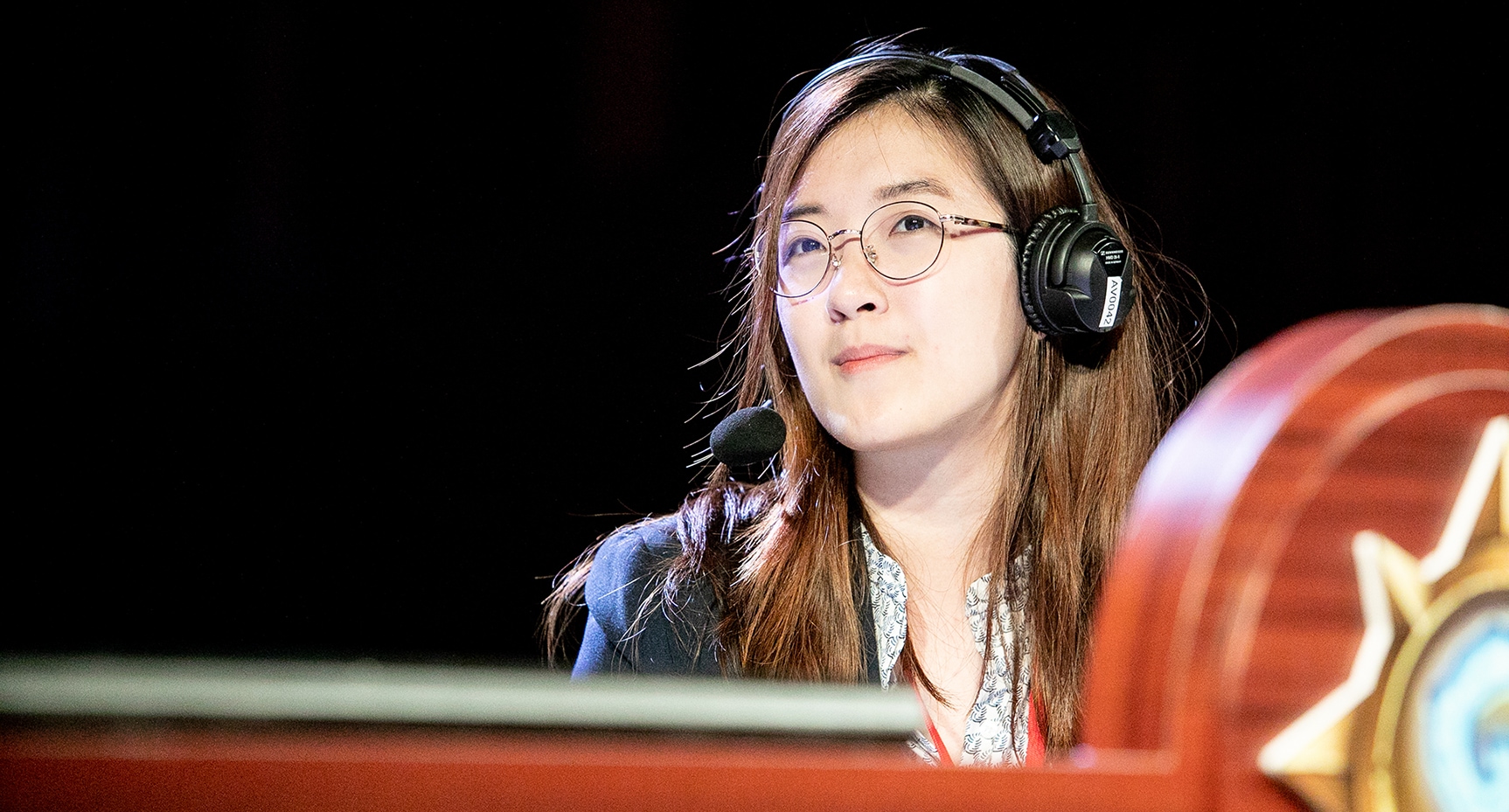 All this exposure to the crowd, and yet she still feels nerves occasionally.

“I consider myself an introvert,” she confessed. “I get nervous at parties sometimes! Or just in casual settings. But if you get me a set topic to talk about, or it's something that I'm passionate about, I love that.”

One week after competing at WSOE in California, Jia found herself half a world away in Taiwan, casting the All-Stars Invitational. “I actually helped Hunterace [Casper Notto] compile his meme deck lineup for the show match,” she said. “Pinpingho [Ho Kro-Ping] had four fun Shaman decks. Hunterace had a bunch of funny stuff, my favorite of which [was] the OTK Hunter with Young Dragonhawk and Emeriss.” 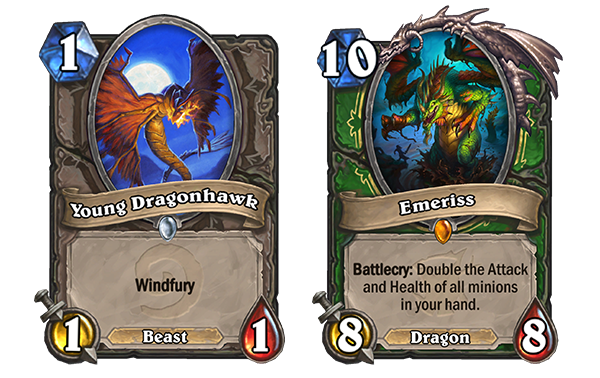 After the Hunterace versus Pinpingho show match, there was another one between co-casters Dan "Frodan" Chou and TJ "Azumo" Sanders.

“TJ and Frodan make jokes on the casting desk all the time, but nothing as ambitious as how they entered the stage!” Jia said, “They basically did a bridal carry and then a piggyback. The decks were even meme-ier than what Hunterace and Pinpingho brought. It was very fun, [since] we rarely get to witness non-competitive Hearthstone played by competitive or high-profile players and I think it got the audience pretty excited and was kind of a palate-cleanser leading up the grand finals.”

This weekend, Jia is back in California casting the HCT Winter Asia-Pacific Playoffs from Blizzard Arena Los Angeles. “I’m super excited to cast this because I think APAC players are very underrated,” said Jia. “I really hope they get to shine at Playoffs and eventually book more slots to Worlds, right now we only have BloodTrail!”

The deck lists for this weekend are slightly more aggressive than what we saw from the Americas, with a notable drop for Odd Warrior and an uptick for Quest Rogue. “Quest Rogue is gaining more popularity because it’s potent against some of the combo decks,” said Jia. “It’s favored against both Clone and Control Priest, Mecha’thun Warlock, and OTK Death Knight Paladin.”

Regardless of how the tournament shakes out, Jia predicts that Simon "Sottle" Welch will have the correct read on who will do well. “Because he always does somehow,” she said. “He's a wizard.”

See if Sottle is indeed a wizard when the HCT Winter Asia-Pacific Playoffs begin this weekend. You can watch the games live on twitch.tv/playhearthstone starting at 5:45 p.m. PT on Friday, January 25.