Will Hunterace Take It All in Taipei?

Casper "Hunterace" Notto is the only person that can say “I am the number one point-earner worldwide.” He is also the only player competing at the upcoming HCT 2019 World Championship that did not play on stage at HCT Summer, HCT Fall, or HCT Winter. You take these facts, and you add it to the major set change upheaval in the professional scene, and suddenly people start doubting the wunderkind.

This is foolish of course, as Hunterace is approximately the most consistent Hearthstone player to ever touch the game. His laundry list of merits is a parade of single-digit placements. Out of the 9 HCT Tour Stops Hunterace played in last year, he placed top 8 at seven of them, including wins in both Seoul and Italy, 2nd place in Toronto and Germany, and a semifinal finish in Tokyo. He was the first player to ever hit 3-Star Master—the highest points status tier a player could achieve in the previous system. 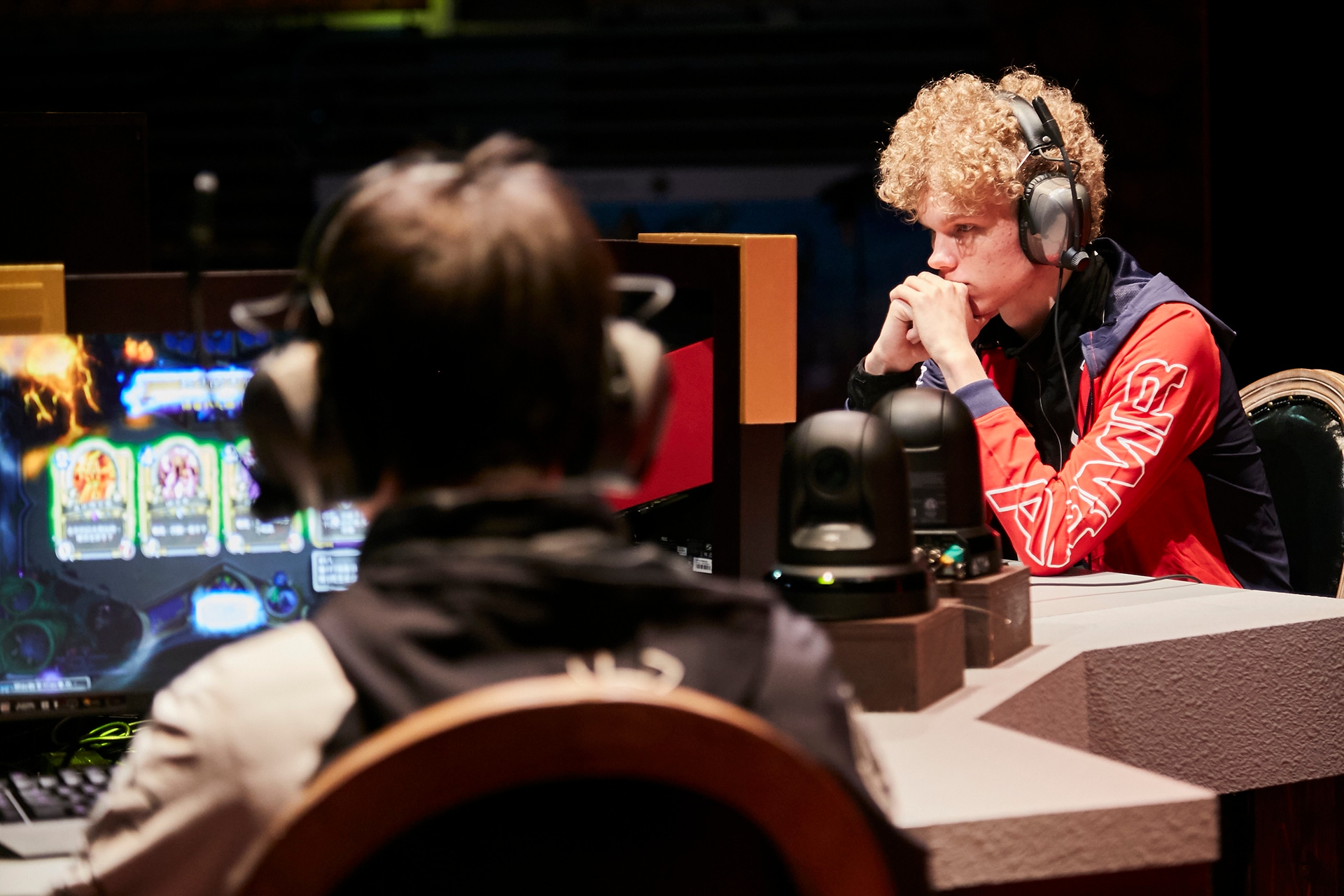 Placed in Group C (aka the “Group of Death"), Hunterace is up against the likes of Mark "Ike" Eichner, David "Justsaiyan" Shan, and Kacper "A83650" Kwieciński right off the bat in Taipei. “They probably say this every year, but I’m confident that this World Championship is the most stacked it's ever been,” Hunterace said. “At the same time, you also know the tournament will be in a different environment because of the rotation.”

To put things in perspective, most of the deck archetypes that pro players leaned on to qualify for the HCT 2019 World Championship are now gone or dramatically changed. The powerful staples of high-level play that have persisted since Kobolds & Catacombs and Knights of the Frozen Throne have moved to Wild. Because of this, every card from The Witchwood, The Boomsday Project, and Rastakhan’s Rumble have returned to the table for competitive re-evaluation.

“We all have to figure out an entirely new meta,” Hunterace said. “It isn't even a meta! We must start from scratch with deck building and such. It's going to be interesting preparation. I have a combination of nerves and excitement. I feel like potentially I can get an edge there but it's going to be very difficult. Hopefully I have a practice group that can help me find the best decks and be one step ahead of everyone else.”

While he’s flush with connections now, Hunterace vividly recalls his attending his first tournament in Germany as a minor, with his father in tow as designated chaperone. It was there in Germany where he made the first of his friends in the scene, many of which would end up in Hunterace’s corner as practice partners down the road. These relationships are important, as is the practice, but in-game it doesn’t matter if you’re a Hearthstone prodigy or not—you can only control what you can control.

Hunterace is incredibly modest for an 18-year-old and, when it comes to his professional career, is self-critical to the core. “I didn't manage to do to well in the Playoffs,” said Hunterace. “I had one pretty good run where I ended up getting defeated in the top 8. It’s been two times now where I've been one step away from [Seasonal] Championships. I was also one step away in 2017 and I lost to Pavel then!”

Pavel "Pavel" Beltukov took home the HCT 2016 World Championship trophy and will be representing Europe with Hunterace in Hearthstone Grandmasters this coming May. “It was in Pavel's prime, when he was unbeatable! Unlucky! To be honest, my lineup was super good against Pavel on paper, it just wasn't going to happen,” Hunterace said. “Back then, I remember being so hyped about just getting my Golden Cardback from placing top 8! I wasn't like how I was last year, where I was only reaching towards the World Championship. It has been the only thing on my mind.” 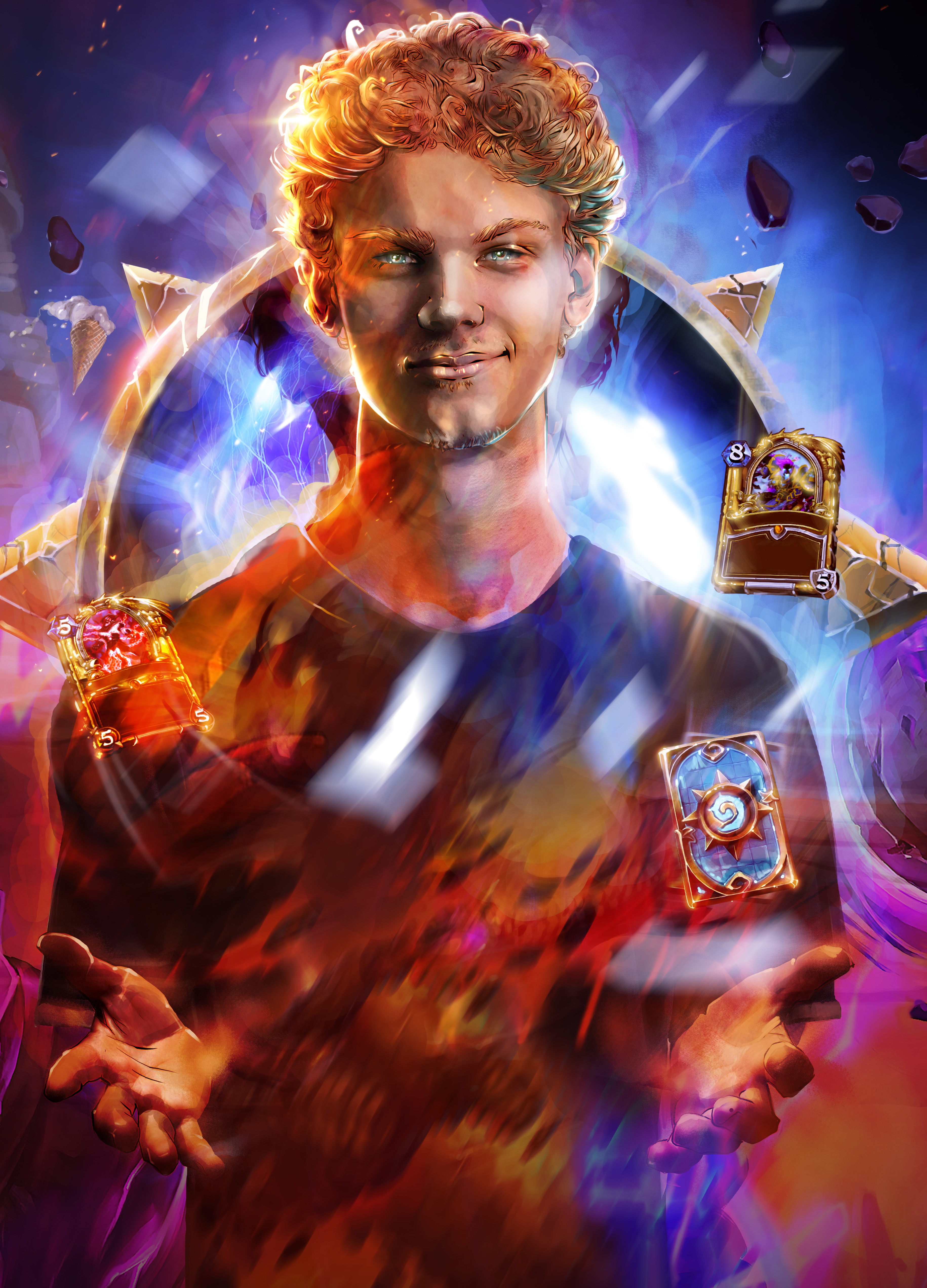 It’s clear to see that performing well at the HCT 2019 World Championship is of paramount importance to Hunterace, but with experience comes wisdom. In this case, it means acceptance of the fact that the excellence that propelled him to this point can only be realized when it’s his turn to play some cards.

“I definitely feel a lot of pressure,” Hunterace said. “I mostly put a lot of pressure on myself because I don't want to disappoint myself. I know how Hearthstone works, anything can happen and sometimes it just doesn't go in your favor. My goals are always to perform to the best of my ability and not make mistakes. I'm reaching for perfect, which is impossible, but I'm going to try and do my best. If I perform to the best of my abilities, I will be happy with whatever the result is.”

“Of course,” Hunterace added, “I'm really striving to win it all.”

You can pick Hunterace for Choose Your Champion (for the first time ever) right here. Don’t miss a minute of the HCT 2019 World Championship, the broadcast will be live on April 24 at 7:00 p.m. PT at Twitch.tv/PlayHearthstone!