The final series of the HCT 2019 World Championship between Casper "Hunterace" Notto and Torben "Viper" Wahl will go down as one of the most electrifying matches in Hearthstone history. From a 1-Health runback opener to game-defining aggressive Alexstrasza play to an absolutely nutty march of Legendary minions courtesy of Arch-Thief Rafaam that saw not one but two Azalina Soulthiefs played—we could not have asked for a better way to send off the Hearthstone Championship Tour.

The series was as close as could be, but it was Hunterace who lifted the trophy at the end of it all. “It was pretty insane,” said Hunterace, “My heart rate was very high. I haven't played any of those games in practice!”

I am the Hearthstone World Champion!! pic.twitter.com/HkciTCSNqA

On stage, Hunterace was animated in the sense that he clearly was agonizing over each and every decision, sequence, and position. “I'm very emotional and I care a lot about how I’m playing and how the games turn out, so I get pretty stressed out—especially when the stakes are that high. It's basically what I’ve been working for this entire year and getting to this point and achieving what I've achieved now is so big to me.”

With the Hearthstone World Championship trophy in tow—not to mention a cool quarter-million dollars—Hunterace was quick to thank those who helped him to this point. “Obviously, I want to thank my parents because they have been so supportive of me pursuing this passion of mine even though it hasn't been an easy road to get where I am right now,” he said. “At the same time, I really want to give a big thank-you to the entire Hearthstone community. A long time ago I had a lot of struggles with other things in life and the Hearthstone community was kind of what put me back on track and gave me motivation. It's really just been the passion I have for Hearthstone that's been driving me.” 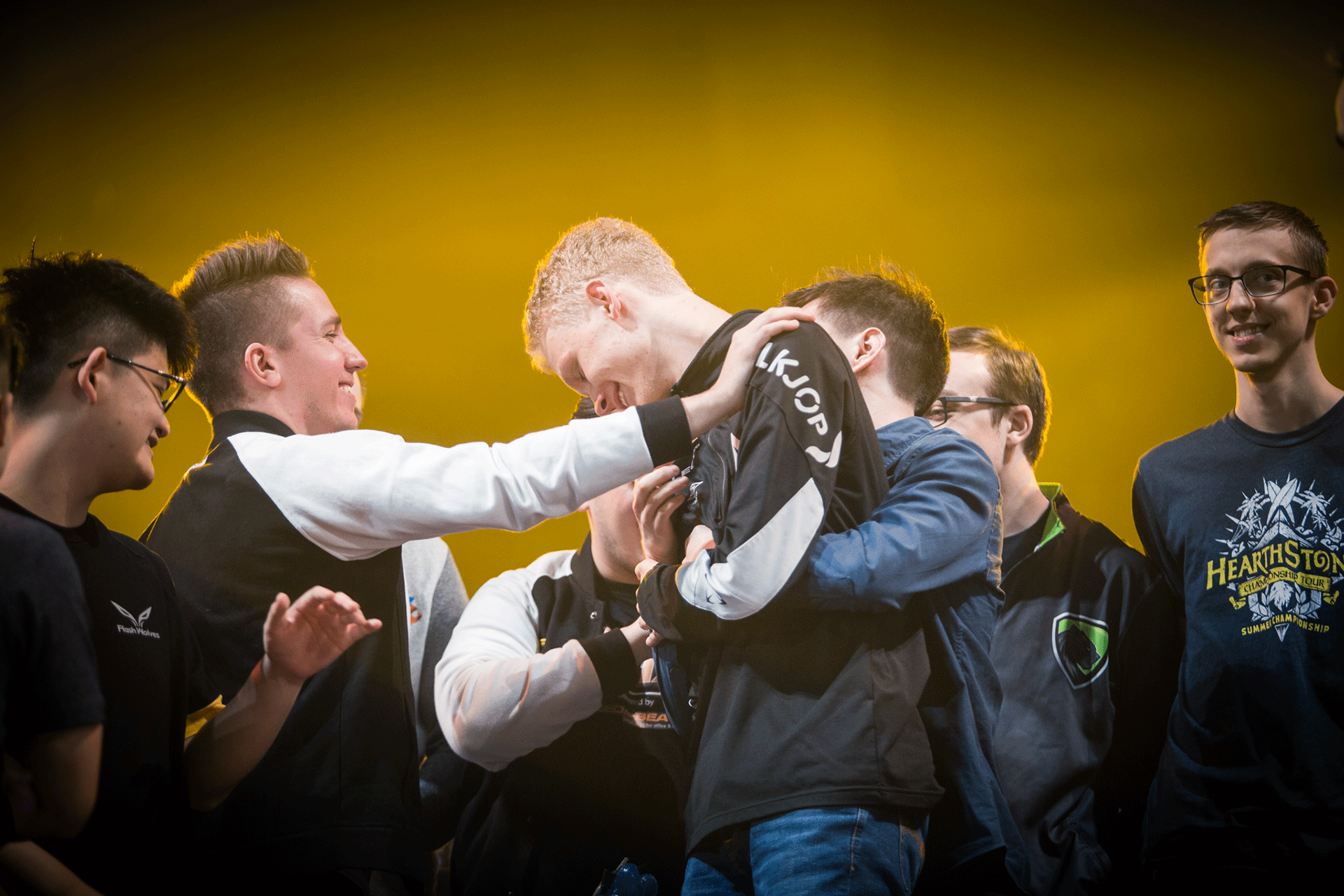 While the Hearthstone Championship Tour has come to an end, the next chapter of Hearthstone esports is just around the corner. Hearthstone Grandmasters will begin on May 17 and will feature both Hunterace and Viper along with 46 other world-class Hearthstone competitors. The groups were announced prior to the final HCT World Champsionship match in Taipei and can be found below:

So, stay tuned. Competitive Hearthstone is evolving in a big way and if the games at the HCT 2019 World Championship were any indication…it’s going to be a wild ride.