A Champion is Crowned in Seoul

An all French finals punctuated the last day of Masters Tour Seoul, with Théo “Felkeine“ Dumont squaring off against Martin “Zhym” Prêté in an identical Highlander Mage mirror match for the history books. 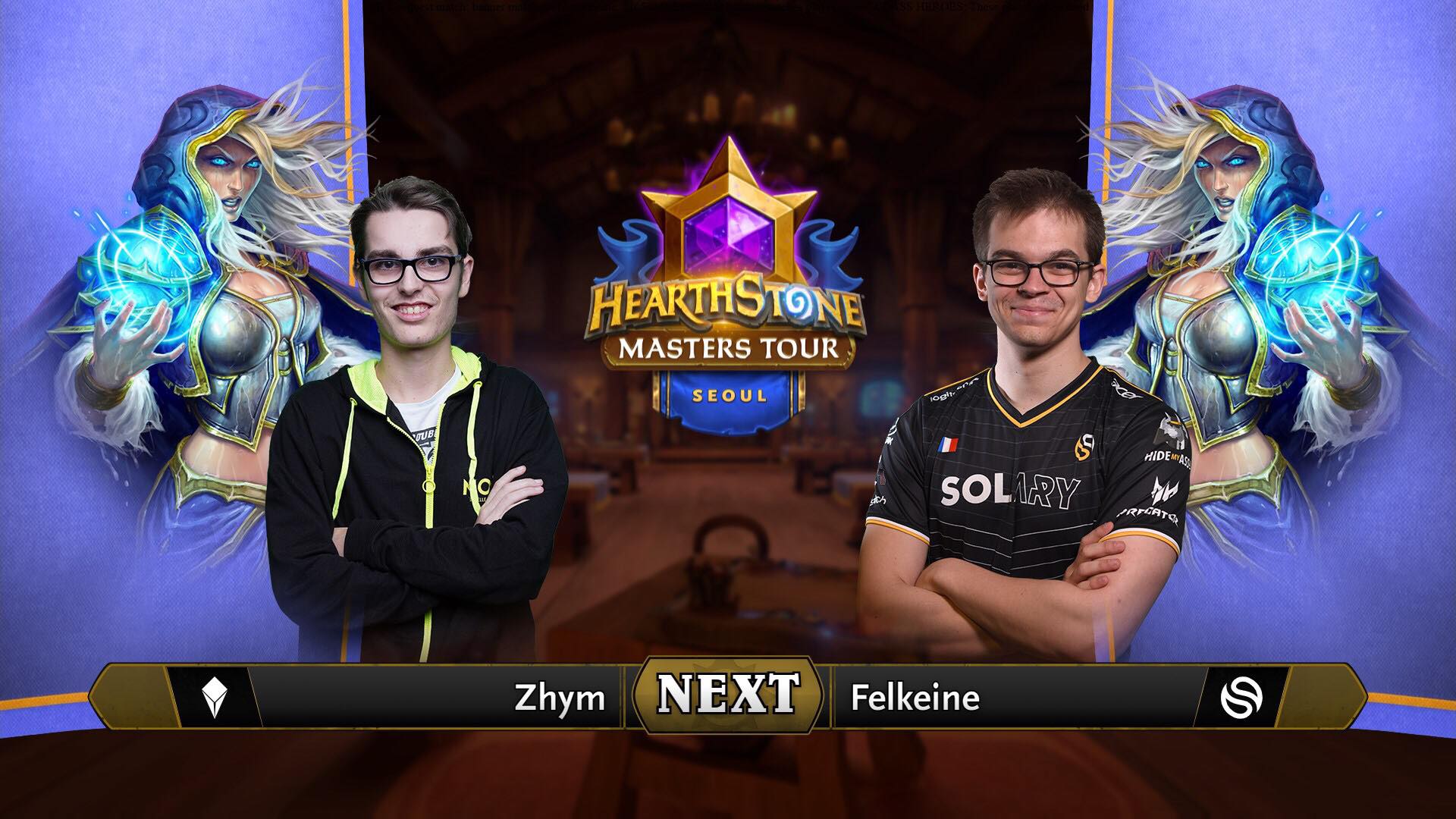 But it was Felkeine who clenched the win in the final game of the series after Zhym placed the fate of both players in the hands of a [[Puzzle Box of Yogg-Saron]].

“It’s so unreal,” Felkeine said. “Three days ago, I entered the tournament and went 1-1 to start, and here I am!”

Felkeine was certainly studied up, having played a total of 23 Mage mirrors on the road to the final series, with an impressive 73.9% success rate to boot. “I tried to be as aggressive as I could,” said Felkeine, “because in the mirror you cannot play defensive, otherwise you’ll get blown out by [[Archmage Antonidas]] or things like this. You have to be playing for tempo in this matchup.”

While Felkeine spends much of his time streaming, his competitive results as of recent have turned a few heads. “I faced Orange and Fenomeno in a smaller tournament a few weeks ago,” said Felkeine. “I beat them both, and I think that made me more confident in my play today.”

He’s headed back to France with $88,739 US in prizing, a shiny new trophy, and the new possibility of joining Orange and Fenomeno as a European Grandmaster at years end.

Grandmasters Season 2 is next, featuring the Shield-Phase Conquest format! Bookmark the schedule page and join us when the broadcast begins this Friday, August 23, on Twitch.tv/playhearthstone!