Tales from the Tavern: Eggowaffle 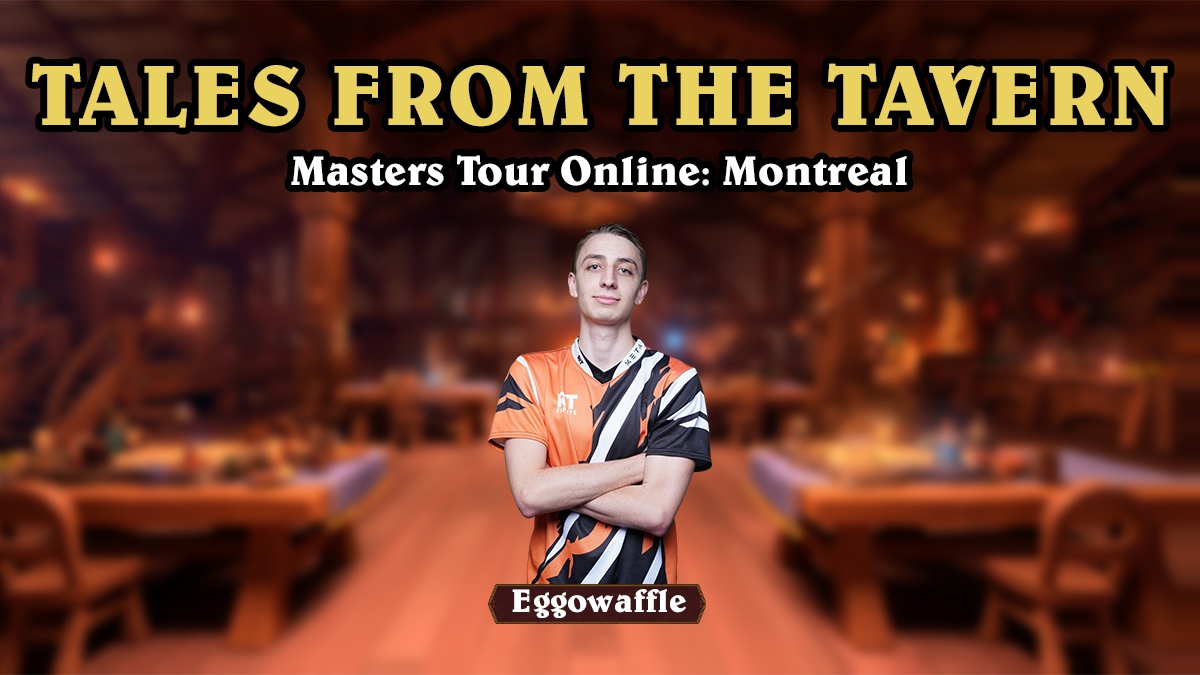 LoWith more than 300 players, Masters Tour events are full of new competitors to follow. For every returning player at each event there is someone new hoping to make a name for themself, and everyone is playing for their shot at joining Hearthstone Grandmasters. There are also players who qualify for their one shot at making a name for themselves. It is this mix of players that makes the Masters Tour so exciting to watch.

Although Grandmasters also participate in the Masters Tour, I’m going to introduce you to lesser known players who have incredible stories you may not be familiar with, all of which you should follow along with. This is the first of four Tales from the Tavern explorations for Masters Tour Online: Montreal, live beginning this Friday only on YouTube.

Jake “Eggowaffle” Christoforo is one of those people that many of us aspire to be: he’s calm, hard-working, and good at Hearthstone.

Eggowaffle started off his Hearthstone journey all the way back in the Beta, playing large amounts of Arena. He became so good at the format, he could easily use his gold to fill in the gaps in his collection. Combined with the packs he has earned from Qualifiers, as of April 2020 Eggowaffle was sitting on over 40,000 worth of dust!

In his own words, he says that he plays an incredible “amount of Hearthstone, because I can play it for so long.” He believes that this is due to his calm mentality, which is easily observable on his stream. Eggowaffle seems unflappable when playing the game–a quality that puts him in good stead when he reaches the later stages of a Masters Tour event.

This discipline and work ethic has not gone unrewarded. Eggowaffle was a part of the winning Rochester Institute of Technology (RIT) team in the Fall 2019 Collegiate Hearthstone Championship. Alongside his teammates, Alex “Smile” Markoe and William “icoicy” Anderson, RIT reverse-swept Simon Fraser in the final.

Prior to that event, Eggowaffle’s friends had been encouraging him to begin streaming. He jokingly said that if RIT won the Collegiate championship, he would start. Good to his word, Eggowaffle started to stream Hearthstone in January of this year, and regularly shows off his calm style alongside top 100 gameplay.

He loves competitive play because of the events. In Seoul, he enjoyed the experience of meeting people from Discord in real life, describing it as “spectacular.” Like many other top players, he also enjoys the experience of Korean BBQ—the unofficial food of Hearthstone events. Although current conditions mean that this next event will be played online, Eggowaffle can’t wait to meet up with his fellow players in person again.

To see Eggowaffle in action, check out Masters Tour Online: Montreal this weekend! The broadcast will be live on September 11 at 6:00 a.m. PDT on YouTube.com/HearthstoneEsports!