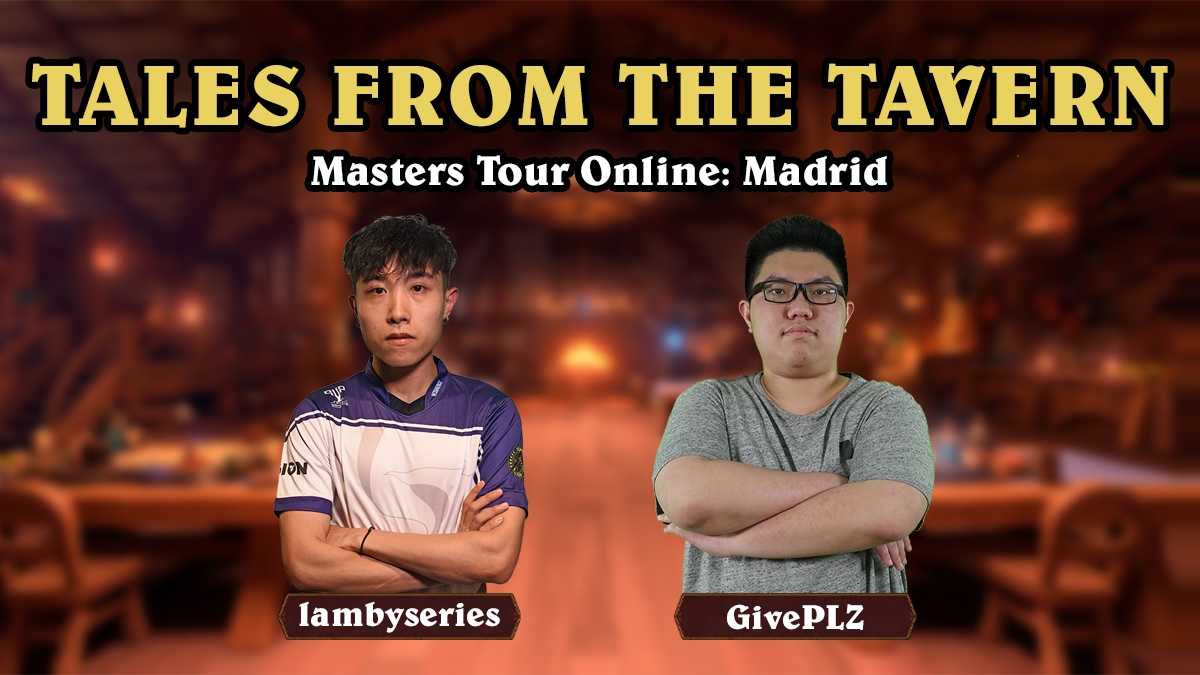 With more than 300 players to keep an eye on, Masters Tour events are full of new competitors to follow. For every returning player at each event there is someone new hoping to make a name for themself, and everyone is playing for their shot at joining Hearthstone Grandmasters. It is this mix of players that makes the Masters Tour so exciting to watch!

Although Grandmasters also participate in the Masters Tour, I’m going to introduce you to regular players who have incredible stories you may not be familiar with, all of which you should keep an eye on. This is the first of two Tales from the Tavern explorations for Masters Tour Online: Madrid, live beginning this Friday only on YouTube!

Yo Hsin “GivePLZ” Pa is one of the most consistent performers in the Masters Tour program and currently the second highest non-Grandmaster earner in APAC in 2020. A strong player in the region, I was particularly excited to be able to ask him a few questions and share his Hearthstone story with you.

In 2016, at the age of 17, a classmate showed GivePLZ Hearthstone and he immediately started playing. Initially focusing on Arena, after three months had earned himself enough cards to try his hand at ladder.

His first ladder deck was Face Hunter, which was strong against the huge number of Secret Paladins that were being played in the meta at the time. In Taiwan, he earned the reputation as a player who played on three servers: this gave him an advantage as at the time qualification points were earned through ladder play and GivePLZ qualified for his first playoffs through this system. It was at this point that he started to believe that he could become a competitive player.

With a preference for aggressive decks, GivePLZ attended the HCT Asia-Pacific playoffs in Spring and Summer 2017, and again in Winter 2018. He says he did not have good results, even though he placed 17th in Winter 2018, a result many would describe as good in an event that covers the whole of the Asia-Pacific region!

The attitude that merely reaching playoffs is not good enough has helped GivePLZ in his career. He has qualified for all nine Masters Tour events so far and although he has not made a Top 8 yet, he has a superb 46-27 record in the first eight events, with only five players having more wins than him. He has been one match away from top 8 on three separate occasions and is hoping to do well enough at Masters Tour Online: Madrid to become a Grandmaster.

The 27 year old Wesley “Lambyseries” Seek, goes into Masters Tour Online: Madrid as the highest non-Grandmaster money earning in Asia-Pacific. This puts him in prime position to become a Grandmaster if the results in Madrid go his way.

He has always been a competitive person, playing tennis before moving onto card games. Lambyseries started playing Hearthstone when the Curse of Naxxramas expansion was released in 2014, and this grew into him slowly getting into the competitive side of the game. He began to seriously grind ladder during the time of Elysiana Warrior mirror matches and has done well competitively ever since. He made the top 8 of HCT Singapore in 2018 and represented Singapore in HGG a year later. He has an impressive 25-17 record in Masters Tour events and even made it to the Semifinals at Montreal. Madrid will be his sixth Masters Tour.

Lambyseries is excited to be in with such a strong chance of making it to Grandmasters. Following some media training he has previously received, he’s confident he will make a “really good Grandmaster” and will be able to contribute more than just quality play. He is naturally good-humored and fun to be around, and this will almost certainly gain him plenty of fans in Grandmasters should he make it to the top level.

Masters Tour Online: Madrid starts this weekend! The broadcast will be live on October 23 at 6:00 a.m. PDT on YouTube.com/HearthstoneEsports!