The 20.8.2 patch, releasing on July 15, includes changes for three cards in Standard and three bug fixes for Battlegrounds. 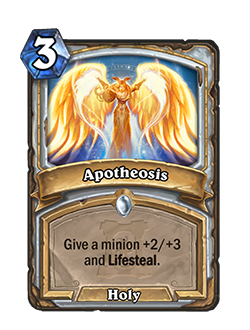 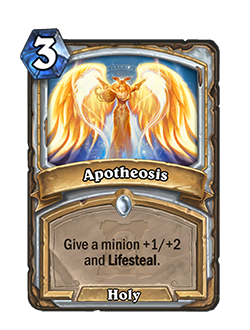 Dev Comment: We’re doing two Priest changes, targeting the burst healing available in the class and their generation capabilities. Let's start with Apotheosis—we are moving the buff down to +1/+2 to hit the card's general power and combo capabilities. While healing will always be a strength of Priest, we want to reduce the urgency felt when dealing with Priest's minions. Currently, it can feel like you must remove every Priest minion because of the threat Apotheosis poses. A slight reduction in the buff here should lessen that urgency and make the minions post-Apotheosis easier to deal with. The other side of this nerf is the Samuro + Apotheosis combo. The punishment for playing minions into this combo is too much at the moment, so while we'd like to keep some of that tension of resource commitment, we don't want the punishment to be a full heal for the opponent. The reduction in attack here helps get that combo into a healthier push/pull state. 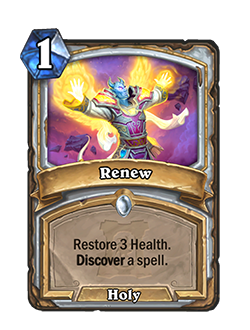 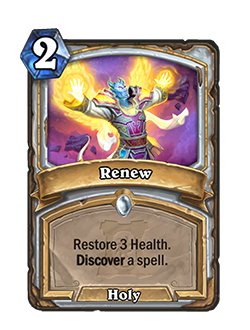 Dev Comment: Renew is going to 2 mana. Heading into this patch, we wanted to knock some of Priest's generation potential as one of our main goals in Hearthstone is to have the cards you chose to include in your deck matter. We decided to change Renew specifically because we believe this change makes the largest impact towards curbing the chains of generation in Priest. At 2 mana, Renew has to be more thoughtful inclusion during deckbuilding, won't be generated by Wandmaker, and takes another mana reduction to get to 0. While Priest's identity looks different in future expansions, we wanted to take this opportunity to reign in their card generation and build a better match experience for both players. 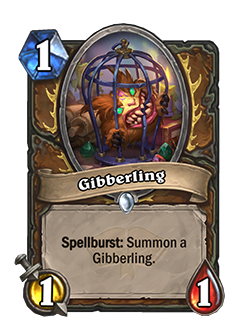 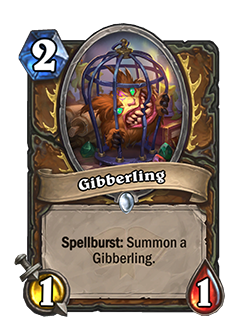 Dev Comment: Gibberling is moving to 2 mana. Currently Gibberling is the cause of many "non-games", matches that are heavily lopsided in the early game and can have their outcome decided far too early. We want to lower the frequency of this occurrence and Gibberling at 2 mana should result in many more games where opponents can respond to an early board of this little menace.

The cards listed above will be eligible for a full dust refund for 2 weeks after the 20.8.2 patch goes live.