So You Think You Can Cast: Hearthstone Edition 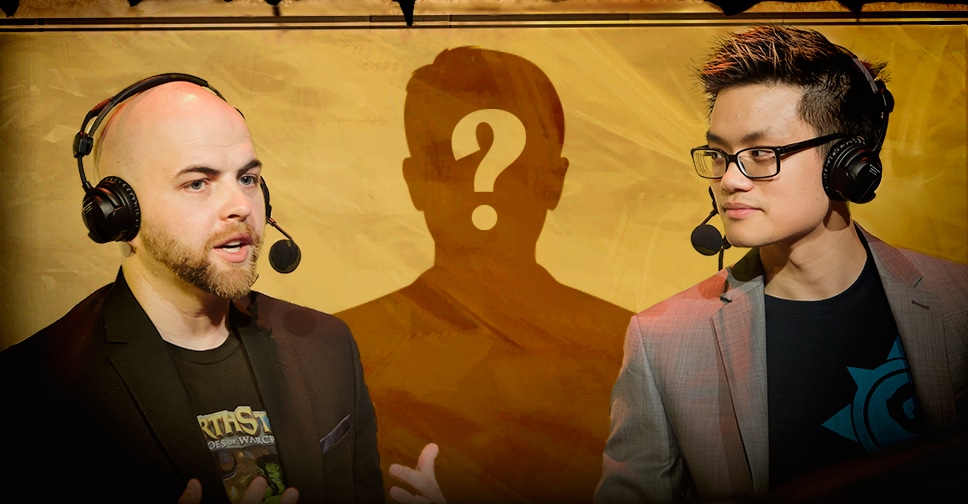 So You Think You Can Cast is done for the year. Look out for more opportunities to join the Hearthstone casting desk in 2017!

While the cards are flying, and the stakes are rising, Hearthstone casters look on from the desk, sharing the tales of those doing battle within the tavern. Making use of keen analysis, masterful speaking skills, and a healthy helping of wit, casters bring the action to life for viewers, both on-stream and in-person!

We’re looking to bolster our casting ranks for the 2016 Hearthstone Championship Tour, and we can think of no better place to turn to than the Hearthstone community! From now until January 1, 2016, we encourage you to download the video below and try your hand at casting the match.

We’ve gone ahead and created some fanfiction background for this sample match that you can choose to make use of while casting!

The sample match is game five of a best-of-five series between North American competitors ZenStyle and Puffin at the 2016 Americas Winter Championship. The winner advances to the Grand Finals! Puffin just recently won the Innkeeper’s Showdown tournament, and looks to continue his winning ways. ZenStyle, once thought to be a dominant force in the Hearthstone competitive scene, hasn’t had a high finish in over a year, and is looking to turn things around with a decisive win. The players brought the following decks:

Record yourself casting the game, upload the video to YouTube, and tweet @PlayHearthstone with a link to the video using the hashtag #HScast. If you don’t have a Twitter, feel free to leave a comment below with a link to your video! Starting January 1, 2016, we’ll be reviewing your work, and reaching out to promising casters with further instructions.

Whether you’re an amateur, an expert, or somewhere in between, we look forward to seeing your submission!