If you think you’ve gotten out of trouble just because you’re a “safe” distance from the otherworldly elementals of Molten Core or the flame-tempered (and ill-tempered) dwarves of Blackrock Depths, think again! A host of black dragons lurk within the uppermost reaches of Blackrock, and their leader is perhaps the most ill-tempered of them all. . . . 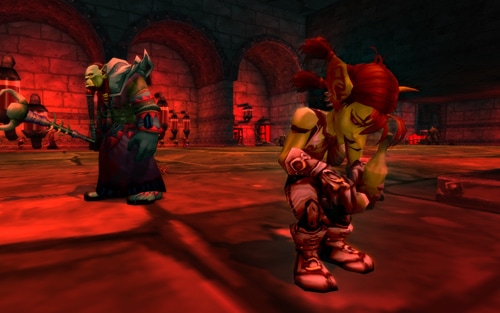 The black dragon Nefarian, son of Deathwing, claims the upper reaches of Blackrock Mountain as his own. Ruthless and cunning, Nefarian built Blackwing Lair as a home for the black dragonflight and his various experiments. It was also here that he concocted the ultimate army of home-cooked chromatic dragons, perfect for thwarting Ragnaros and his fiery minions that lurked under the mountain (Nefarian’s favorite pastime.)

Up To No Good

If you think shredders are the only things goblins like to tinker with, you are sadly mistaken. The green-skinned technicians within Blackwing Lair love to tinker with “organic chemistry,” creating volatile concoctions from dragon experiments that enhance their own nefarious powers. If you see a Blackwing Technician looking shady, be sure to take note: A dragon is near. 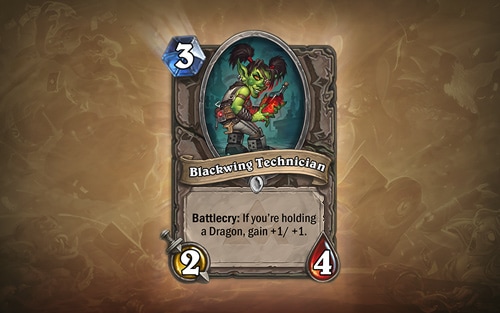 While the Technicians are busy dabbling with their dangerous dragon experiments, the Blackwing Corruptors are engrossed in harnessing and controlling the powers of dragons for their own dark deeds. These minions have seen “How to Train Your Dragonkin” at least 100 times. Their powers are also bolstered by their proximity to dragons, so stay on your toes! 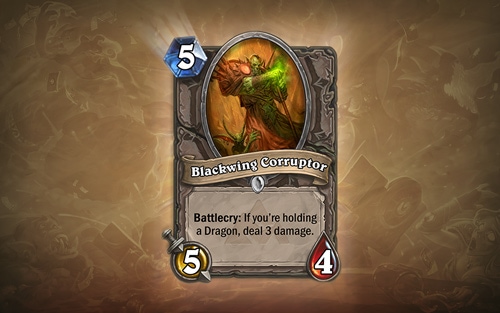 There are a few rules when it comes to handling dragons, but the most important rule of all is this: Don’t stand in front of one—ever. Aside from a maw of sharp teeth to watch out for, dragon breath is incredibly good at reducing heroes to piles of ash. While it’s not minty fresh, Dragon’s Breath can be very powerful in the hands of a Mage on a minion-roasting rampage. 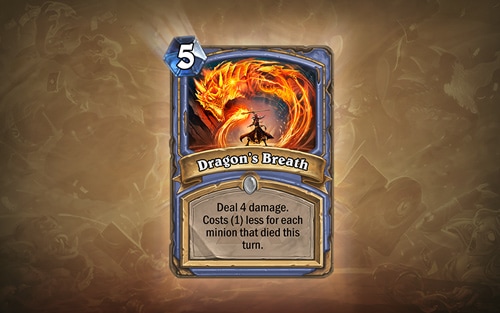 Are you ready to tackle the dangerous experimental dragonflight of Blackwing Lair? Don’t be “dragon” your feet for this one—prepare yourself for Hearthstone’s second exciting Adventure, Blackrock Mountain, coming soon!