Blackrock Spire honeycombs the heights of Blackrock Mountain, and serves as the first line of defense against those who would dare intrude on Blackwing’s domain. Nefarian’s forces now occupy the former Dark Iron dwarf citadel, where you’ll find the likes of ogres, orcs, and dragonspawn patrolling its halls. 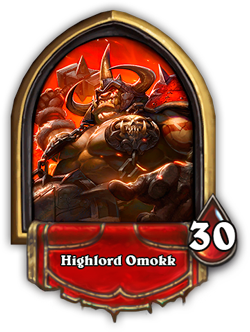 Omokk didn’t rise to Highlord by being sharp. Quite the opposite—he’s the very definition of a blunt instrument, and he’ll be ogre-joyed to pound you and your minions into dust. You’ll have to ogre-throw this beefy bad boy if you hope to make it any further up the Spire. Successfully smash Highlord Omokk and you’ll find yourself with two copies of the Core Rager Hunter class card joining the ranks of your collection. 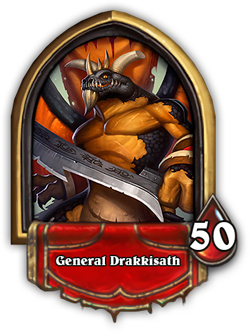 This dragonkin general leads Nefarian’s armies within Blackrock to inflict corporal punishment on the minions of Ragnaros. Ragnaros might also be a bad guy, but sometimes it turns out that the enemy of your enemy is still kind of a jerk. Don’t listen to that colonel of doubt: Drakkisath might be anti-Firelord, but in private he’s still pro-evil. When you finish doing the general some major bodily harm, you’re sergeantly* entitled to a reward, like two copies of the Dragon Consort Paladin class card. 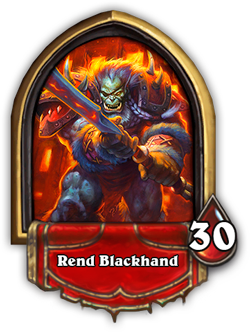 Rend is the leader of the Dark Horde, which is allied with Nefarian because he needs the dragon’s help to overthrow Thrall and seize control. His management style is classic villain—spend a lot of time hanging back, being crazy, and ordering minions around. Give him points for unpredictability: you never know what he’ll throw at you next. After you finish giving Rend a workshop on better management techniques (and beat him into orc-flavored jelly), you’ll earn a pair of Dragon Egg cards for your collection.

Overcoming all of Nefarian’s servants dwelling within Blackrock Spire will allow you to recruit the Legendary Rend Blackhand card for your collection!

Two Class Challenges will also become available to players who have defeated all of Blackrock Spire’s bosses on Normal Mode. Class Challenges feature pre-built decks, and will put your skills with those specific classes to the test! The Spire has challenges in store for Priests and Druids. Priests for whom the light has brought victory will earn two copies of the Twilight Whelp card, while Druids who prove the power of the wild will emerge with two copies of the Volcanic Lumberer card for their collection. 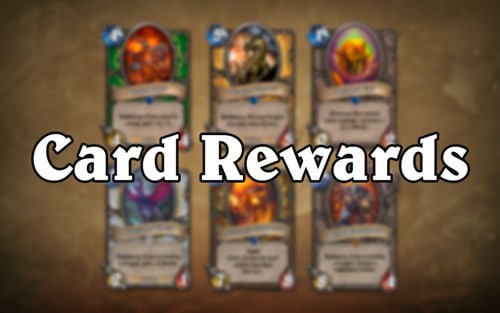 For those of you looking for a more intense challenge, Blackrock Spire’s Heroic Mode becomes available after you’ve defeated all of the Spire’s bosses on Normal Mode! Heroic Mode bosses are significantly more difficult than their normal versions, so you might have to tailor a deck to achieve victory.

Experience the height of fun by climbing Blackrock Spire in Blackrock Mountain: A Hearthstone Adventure today!

*Too much? Too much.