You’ve bested Lord Victor’s Nefarius’ lieutenants in the Blackrock Spire, and now it’s time to take the fight into his fortress stronghold! A decisive showdown between you and Lord of Blackrock seems inevitable. It will take all your wits to come out on top when you infiltrate the fourth wing of Blackrock Mountain: Blackwing Lair!

Blackwing Lair is Lord Victor Nefarius’ seat of power within Blackrock Mountain. There, he tinkers with blood of the various dragon flights in an effort to create a perfect, unstoppable draconic army. It’s not an exact science, but hey, it’s still SCIENCE! Victor is joined by a ravenous rogue’s gallery who are all eager to eat meet you! 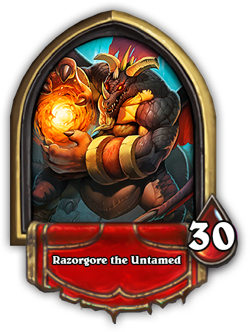 Watching eggs is a full-time responsibility. It doesn’t leave poor Razorgore much time to do important things like get a degree, socialize, or do fun, destructive dragon stuff. This unfortunate situation has only worsened his historically poor temperament. Razorgore’s glad you’re stopping by to help him work off some stress! If you can successfully make an omlelette out of  Razorgore’s eggs, two copies of the Warrior card Revenge will be yours! 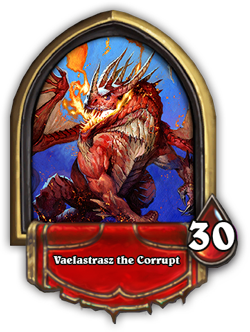 We’ve touched upon the fact that Victor Nefarius is a bad dude, and here’s the proof. Vaelastrasz was once one of the good guys - a happy-go-lucky red dragon. Victor Nefarius used dark magic to corrupt him, forcing the ferocious red dragon to serve the Lord of Blackwing Lair against his will. End Vaelastrasz’ torment and two copies of the Mage minion Flamewaker will be added to your collection. 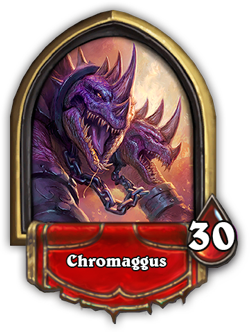 What’s worse than a horrible mutant dragon monstrosity that uses magic? A horrible mutant dragon monstrosity that uses five types of magic, obviously! Chromaggus unleashes abilities ripped from the flesh of all five dragon flights. Don’t ask how he got those powers. Viscera are involved. Hey, we told you not to ask! You’ll have to battle the chromatic horror before you can take on Lord Victor Nefarius. Put Chromaggus down and you’ll gain access to a pair of Hungry Dragon cards. 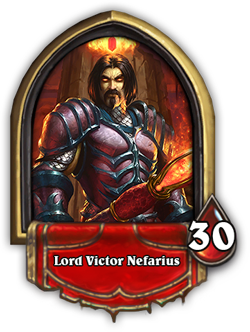 Victor Nefarius is super impressed that you made it this far, even if it really wasn’t part of his plan. All the same, he’s going to end you now. It’s nothing personal; he just thinks you’re an insolent, uppity, mortal interloper. Don’t let appearances deceive you -- there’s more to the Lord of the Blackwing Lair than meets the eye. De-throning the Lord of Blackrock will award you with two copies of the Shaman minion Fireguard Destroyer for your collection.

Claim victory against all of the foes within Blackwing Lair and the Legendary Chromaggus card will be added to your collection!

Two Class Challenges will also become available to players that have defeated all of Blackwing Lair’s bosses on normal mode. Class challenges feature pre-built decks, and will put your skills with those specific classes to the test! Blackwing Lair has challenges in store for Warlocks and Rogues. Warlocks will get a second chance to unleash their shadowy powers against Razorgore. Success will earn them two copies of the Warlock spell Demonwrath. Rogues will have to utilize their skills at subterfuge to soothe the corrupted Vaelastrasz once more. Two copies of the Dark Iron Skulker minion are at stake! 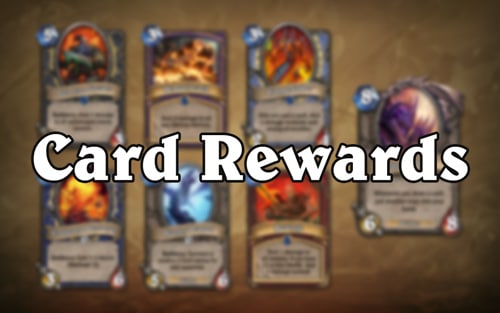 Do you crave an even more challenging experience? If so, try out Heroic Mode! Blackwing Lair’s Heroic Mode is available upon completing the wing on normal difficulty. The foes in Heroic Mode are far more difficult to best than their normal mode counterparts, and often require tailor-made decks.

You’ve come far in your journey through Blackrock Mountain. One final wing is all that remains. What new horrors await you?