You’ve shattered Blackrock Spire, and laid Blackwing Lair low. Nefarian has retreated to his inner sanctum to plot revenge. Don’t let up! The time has come to corner Blackwing and face the mad horrors he’s created in the fifth wing of Blackrock Mountain—the Hidden Laboratory!

The Hidden Laboratory festers deep within Blackrock Mountain. It is Nefarian’s inner sanctum, and its chambers full of strange equipment and the best (worst?) of his mad experiments. Harden your heart against the horrors lurking within and watch your step, because who knows when the last time the floor was mopped? Blech. 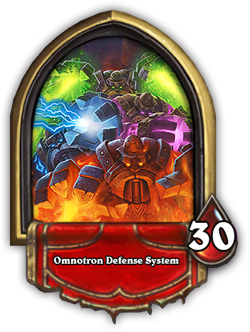 Omnotron Defense System
The Omnotron Defense System was once a plaything of the Dark Iron dwarves left forgotten in Blackrock’s depths. Nefarian has taken to tinkering with them, and he’s adjusted his pet project’s “Murder” setting to 11. Deactivate the Defense system to plug two copies of the Volcanic Drake card into your collection! 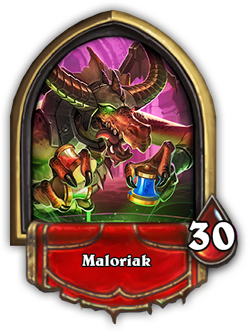 Maloriak
Poor Maloriak. Turns out that Nefarian’s attempt to fuse the power of a dragonkin with the brilliant mind of an alchemist resulted in a stupid, incompetent, and disappointing minion. Despite his deficiencies (by admittedly unrealistic dragon standards), Maloriak’s crazed alchemical concoctions make him a most noxious foe. Mop up his vile swill to secure two copies of the Blackwing Corrupter card. 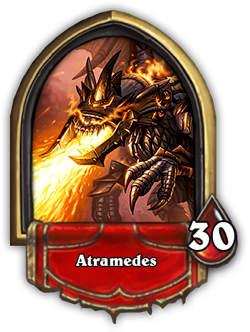 Atramedes
More mad experiments? It’s the Hidden Laboratory, so we don’t know what you were expecting, but yes. Atramedes was once a hapless Black Dragonwhelp, and Nefarian had him blinded with a toxic salve in a failed bid to give the dragon super-sight. Don’t feel too bad though, because he’s still super evil. See Atramedes into the grave to add two Drakonid Crusher cards to your Collection. 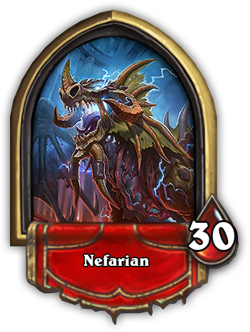 Nefarian
Nefarian, AKA Blackwing, AKA Lord Victor Nefarius, son of Deathwing and interim leader of the black dragonflight--need we say more? Cruel, plotting, evil, and snarky, this draconic menace is a true threat to all the mortal races of Azeroth. You’ve already beaten him once, but now he’s back bigger and badder (though a bit un-deader) than before. If you can overcome his sorcerous might one more time, you’ll earn the allegiance of two Dragonkin Sorcerer cards.

Overcome Nefarian and ALL of his friends/victims in the Hidden Laboratory to bend the mighty black dragon to your will, and add the Legendary Nefarian card to your collection! 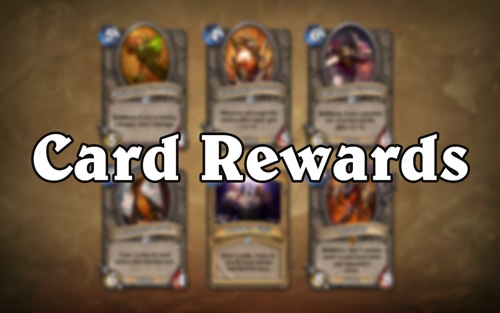 The final Class Challenges will also become available to players who have defeated all of The Hidden Laboratory’s bosses on Normal difficulty. Class Challenges feature pre-built decks, and will put your skills with those specific classes to the test! The Lab has a challenge in store for Paladins. Paladins for whom Justice brings victory will earn two copies of the Solemn Vigil card.

For those of you looking for a more intense challenge, The Hidden Laboratory’s Heroic Mode becomes available after you’ve defeated all of the Lab’s bosses on Normal difficulty! Heroic bosses are significantly more difficult than their normal versions, so you might have to tailor a deck to achieve victory.

Experience the height of fun by following Blackwing’s descent to The Hidden Laboratory in Blackrock Mountain: A Hearthstone Adventure today!