Intense matches and fierce competition have separated the great from the good, and four players from the Hearthstone Championship Tour (HCT) Fall Championship have secured their berths at the upcoming 2018 HCT World Championship.

Without further ado, joining their contemporaries from the HCT Summer Championship at the HCT World Championship are these four talented cardslingers.

With a combined 9-5 game record, Brian “bloodyface” Eason had to work for every one of his match wins to make it through to the semifinals. His reverse sweep of Zhao “Ciamiao” Haixiao started out looking like a swift defeat, but bloodyface was able to battle his way back over three consecutive games against Ciamiao’s Zoo Warlock.

Asked what qualifying for the HCT World Championship means to him, bloodyface says, “It means I can pursue playing Hearthstone full time. The money, the prestige—this could help me get sponsors, get onto a competitive team, and travel to events. It’ll help me fulfill this dream.” He thinks that given the choice, he’d prefer to face off against Tyler Hoang Nguyen, but feels he’s favored against either of his potential semifinal adversaries.

For any new bloodyface fans after this weekend, he encourages them to check out his stream on Twitch. “I like helping people learn and get better at the game,” he says.

After his less impressive performance at the HCT Summer Championship, Wu “Bloodtrail” Zong-Chang wasn’t necessarily expected to show up in such dominant fashion in the Fall season. His results speak for themselves, though: his nearly perfect 9-1 game record through the group stage and quarterfinals is a testament to the incredible level of play he has displayed all week. 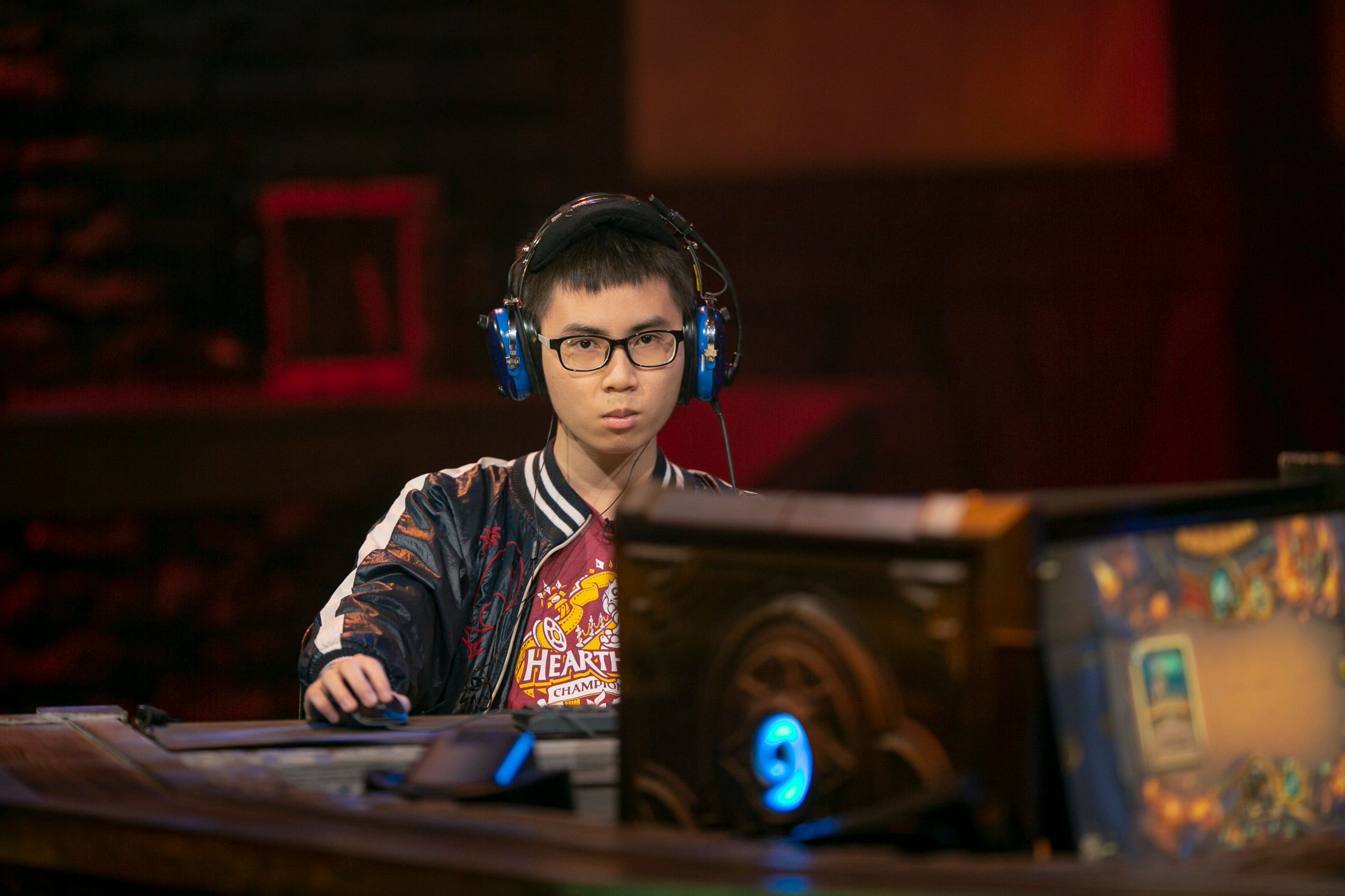 “I feel very lucky,” Bloodtrail says of his opportunity to compete at the HCT World Championship. Since the Summer Championship, where his performance was not as stellar, he’s continued to practice and become even more familiar with the competitive metagame. One of these two bloody players is also destined for the grand final, and Bloodtrail appreciates all the people who are supporting him in that quest.

Fan favorite David “justsaiyan” Shan closed out an impressive 3-1 match against Thomas “Sintolol” Zimmer to advance to the HCT World Championship, and with the win cements his place as one of the most consistent competitors in Hearthstone today. Although justsaiyan has one of the longest and most distinguished lists of tournament results around, this is still a momentous occasion for the Tempo Storm player—in addition to recently winning his first major tournament at HCT Montreal, he’s now punched his ticket for his first World Championship appearance.

After his win, justsaiyan says he hugely appreciates the fans who are cheering him on: “I’m grateful for everything. It’s been a good month, but we want to make it a good year. I’m not going to get complacent. This is just the beginning.”

The only player coming out of the HCT Fall Championship group stage in second to advance to the semifinals and the World Championship, Mihai “lnguagehackr” Dragalin has showcased some extraordinary play over the past couple of days. After his self-admitted inauspicious start on Friday, his games this weekend have looked world-class. 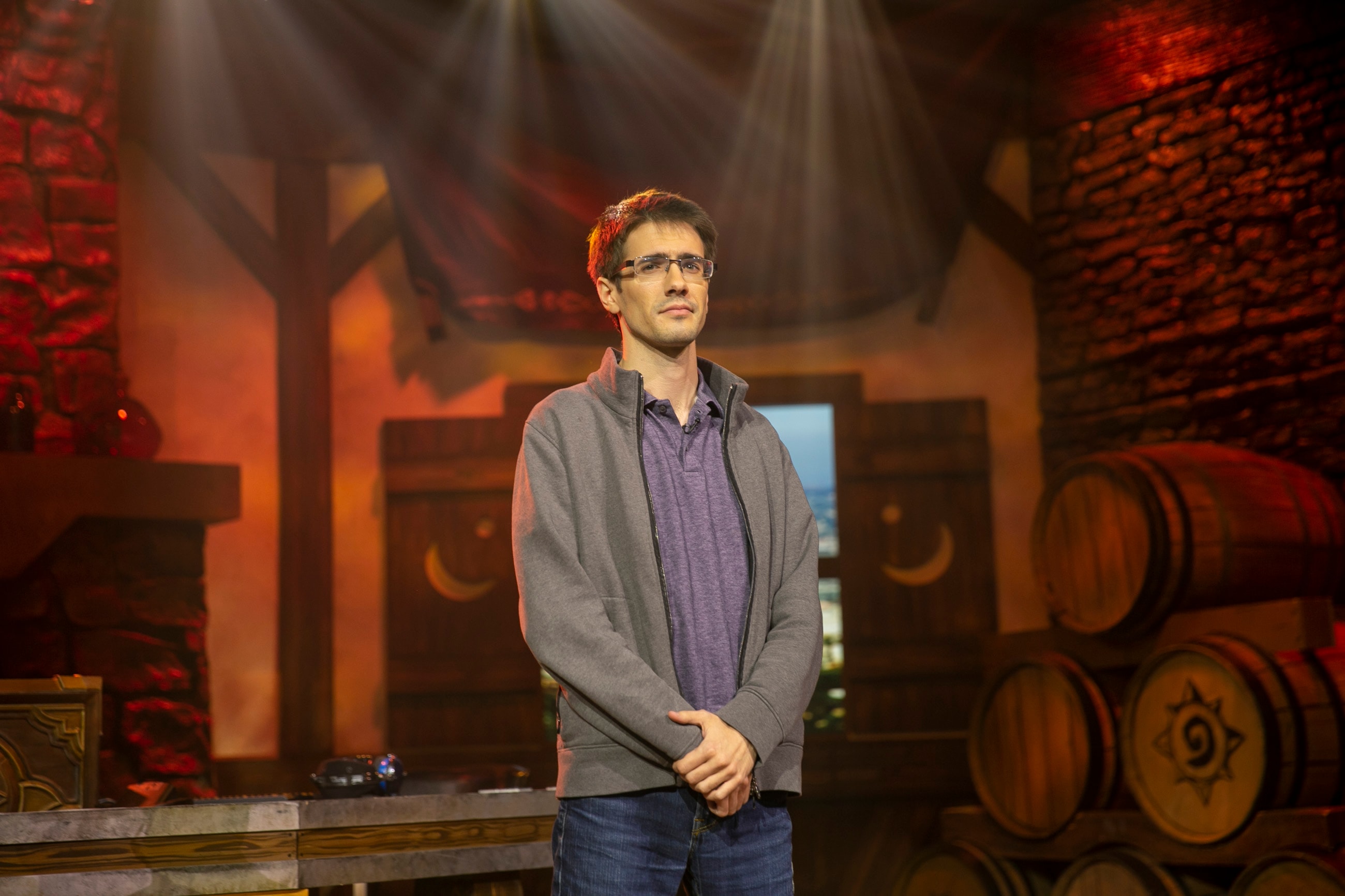 His advice for his fans is the advice he’ll take himself, too. “Don’t be afraid to take risks,” he says. “If there’s one thing I’ve learned from this tournament, it’s that you need to take risks. It’s a bit harder to do that under pressure, but that’s the way you win.”

Congratulations to all four of the amazing players moving on to the 2018 HCT World Championship! We’re one short season away from identifying the second half of the competitors, and the title of World Champion will be on the table again before you know it.

Which players surprised you the most this weekend? Who do you think is the strongest player qualified for the World Championship so far? Keep up with all things #HCTFall on social media or let us know right here in the comments.