Join Us at the HCT 2019 World Championship!

The HCT 2019 World Championship, the biggest Hearthstone tournament of the year, will take place this April in Taipei, where 16 exceptional players from around the globe will come together to duel not only for the title of World Champion, but for their share of the $1,000,000 prize pool. Four groups of four players will compete in a dual-tournament format until only eight remain, at which point the competition will shift to a single-elimination bracket.

While Tom won’t be competing this year, the HCT 2019 World Championship has followed him back to his home turf, taking place at the Taipei Heping Basketball Gymnasium. Doors will open at 9:00 a.m. Taipei time, with the broadcast starting an hour later. You can find the daily schedule below:

This World Championship has been a long time coming, and we’re excited to invite you to attend live and in person. Tickets are on sale now, and are sold by the day. All attendees who purchase a ticket and check in on site will receive the Thrill of Victory card back, which will be awarded to registered Blizzard Battle.net accounts once the HCT World Championship concludes.* 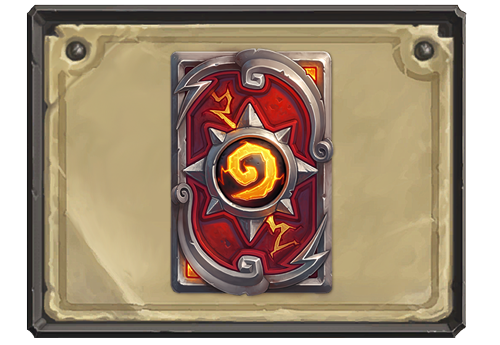 There will be three 224-person Masters Qualifiers during the World Championship, one each on Thursday, Friday, and Saturday. Each tournament will feature eight rounds of Swiss, followed by Top 8 the next day. Sign-ups are on a first-come first-served basis, so arrive early. Registration for each Masters Qualifier begins when doors open and closes one hour later. You can find the on-site Masters Qualifier tournament schedule below in Taiwan local time:

In addition to the Qualifier Tournaments, you can try your hand against some of Hearthstone’s most notable personalities in a casual or competitive match at the Duel-a-Dev and Play-a-Pro areas. Street arcade tournaments will be set up inside the venue and run throughout the day, allowing you to challenge fellow attendees and rack up win streaks for exciting prizes.

To help you enjoy the HCT World Championship to the fullest, we have arranged for discounted hotel room blocks** for our guests at the following properties:

*The “Thrill of Victory” card back will be issued to eligible Blizzard Battle.net accounts within 30 working days after the HCT 2019 World Championship event. Card backs must be claimed onsite and will be delivered to the associated Battle.net account of each eligible ticket.